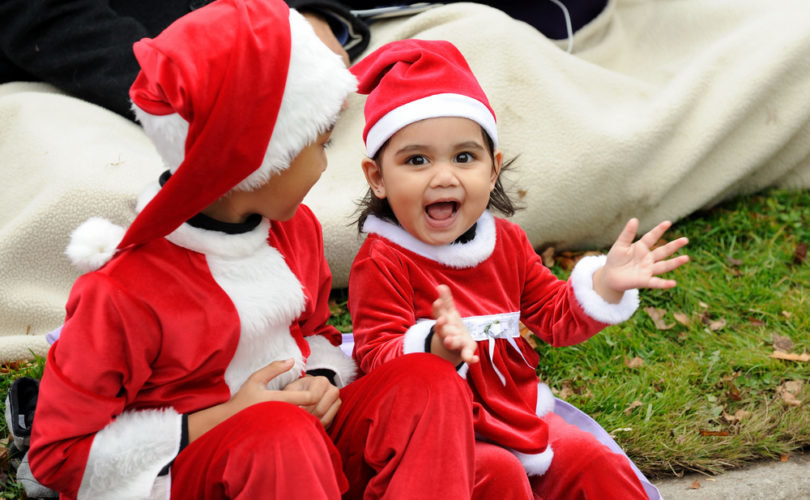 Homosexual activists marched in the St. John’s, Newfoundland, Christmas parade for a third consecutive year on Sunday. They defended their participation against criticism, saying, “LGBT groups should be included in the family oriented Christmas parade” since society needs to “accept that families are families — whether they have a mom and a dad, or two moms or two dads.”

PFLAG (Parents, Families, and Friends of Lesbians and Gays), with hundreds of chapters around the world and 60 in Canada, exists to advance “equality and full societal affirmation of LGBT people through its threefold mission of support, education, and advocacy.” It has been a leading proponent of same-sex “marriage” and homosexual adoption. It also opposes abstinence-only education.

Parade organizers put out a public plea three weeks prior to the event, lamenting that the number of floats entered this year was down by 50 percent, continuing a trend that has plagued the event in the past couple of years.

Homosexual activist Noah Davis-Power, former president of St. John’s Pride Inc., defended the Christmas parade as a suitable event for homosexual activism, writing in The Telegram that Canadians need to make “progress in shifting our social paradigm and attitudes towards things LGBT, in particular the idea and concept of a non-traditional family.”

But health data and scientific research tells a different story of people who engage in same-sex activity and the children they raise.

Davis-Power admitted that marching in the parade — which has its origins in the celebration of the birth of Jesus Christ who came to save sinners — was a form of activism to make “LGBT people…more accepted.”

At the end of his letter, Davis-Power challenges readers to “let the Christmas spirit melt into the rest of our daily lives.”

“So when we see a same-sex couple with their child smiling at reindeer, or an LGBT advocate in a parade as a snowman, remember, Christmas is for LGBT families, too,” he wrote.