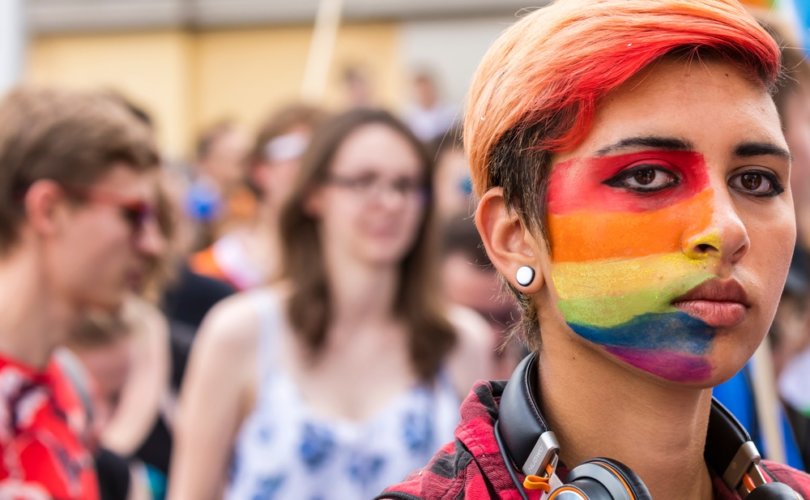 VICTORIA, Australia, February 8, 2021 (LifeSiteNews) – The Australian state of Victoria has written another radically leftist bill into law after a 12-hour debate in parliament.

The Change or Suppression (Conversion) Practices Prohibition bill makes it illegal to try to change or suppress a person’s sexual orientation or gender identity in Victoria.

The bill must now be signed by the Victorian governor-general for royal assent, and will come into effect in 12 months’ time.

A similar bill was passed in the state of Queensland last year, but the Victorian legislation goes much further in that it prohibits “harmful practices” not only in healthcare settings but also in churches.

This includes “carrying out a religious practice, including but not limited to, a prayer-based practice, a deliverance practice or an exorcism.”

Attorney General Jaclyn Symes is adamant that the bill “does not outlaw prayer…to suggest anything to the contrary is rubbish.”

But the Catholic Archdiocese of Sydney’s Director of Public Affairs Monica Doumit – who is also a lawyer – says the bill itself suggests something to the contrary, quoting from the text of the bill itself.

“Banned under this law would be any mental health interventions, but also ‘carrying out a religious practice, including but not limited to, a prayer based practice’ directed towards a person, with or without the person’s consent, for the purpose of changing or suppressing the sexual orientation or gender identity of the person. Sexual orientation is defined broadly to mean ‘a person’s emotional, affectional and sexual attraction to, or intimate sexual relations with, persons of a different gender or the same gender or more than one gender,’” Doumit said.

In a column for The Catholic Weekly Doumit detailed a list of examples of who could be penalized under the new law, given the broad and vague definitions in its text:

Christian teenagers who had committed themselves to saving sexual activity for marriage would be prohibited from gathering together to support each other to remain faithful to their commitment to chastity.

Not only would Courage, a ministry for those Catholics experiencing same-sex attraction but who want to live chastely in accordance with their religious beliefs be banned, the teaching of Theology of the Body would not be allowed, and it is even possible that preaching the same verse from Corinthians that got [Australian Rugby star] Israel Folau sacked could get a cleric imprisoned.

A man who was tempted to cheat on his wife could not go and see his priest or minister, asking for advice on how to stay true to his marriage vows, without risking the priest or minister being punished.  And alarmingly, the laws as currently drafted would even prevent a psychologist from trying to “convert” the attractions of a paedophile.

Doumit blasted Victoria Premier Daniel Andrews, remarking that “He believes there is indeed something wrong if ‘who you are’ is a person of faith or of the moral conviction that sex is sacred and not merely a recreational activity, and that biology is determinative of a person’s gender.” She also noted no complaint would have to be made for the Victorian Equal Opportunity and Human Rights Commission to simply “begin its own investigations, compel the production of documents, including homilies, and insist that any practices it finds to offend the law be stopped.”

Self-identified ex-lesbian Leah Gray, who is now married with a child, wrote a piece lamenting that she and others like her have now been “erased by Victorian politicians.”

She also experienced gender dysphoria as a child.

“Ten years ago I voluntarily sought counsel from Christian psychologists, ministries, support networks and people who had walked before me. It was difficult, but I found relief and happiness. Every step of my journey will become illegal under the Victorian government’s [bill].”

“For the record, none of these avenues of support were ever harmful or coercive. In fact, the counselling I received saved my life. Ex-LGBT people like me are living proof that real and lasting change is possible, that suicides have been prevented, and that it is good for people to have the freedom to choose the type of help and support they want– including (shock horror) the religious kind,” Gray said.

Gray pointed out that the impetus for this bill to be tabled in the first place was a 2018 research paper from the Human Rights Law Alliance and La Trobe University based on the experience of just 15 people.

“I’m not surprised that so few people stepped forward. Shame-based counselling is unequivocally not the common teaching or practice of Biblically-grounded churches and secular, clinician-based physical abuses were criminalised decades ago,” she said.

Gray and her organization, Free to Change, produced their own research paper, which they based on the responses of 78 people who had been greatly assisted by the “life-saving benefits” of counselling for unwanted gender dysphoria or homosexual desires.

Their research was ignored by the government.