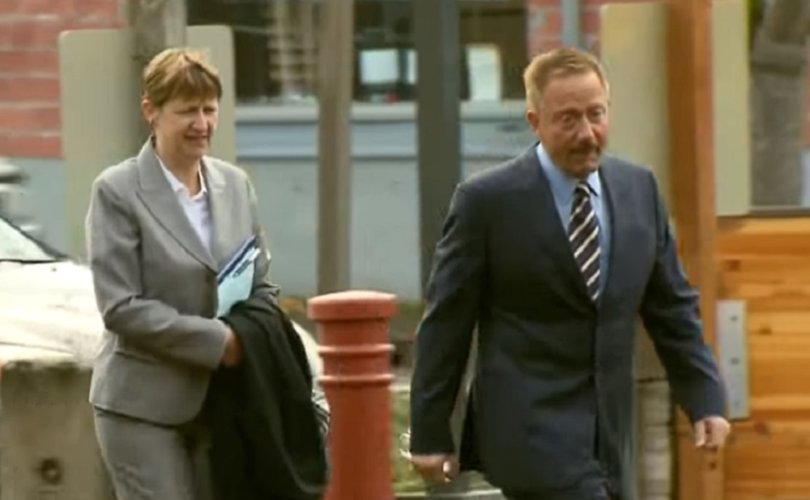 PORTLAND, Oregon, November 4, 2019 (LifeSiteNews) — A high-profile Democratic Party donor who is also a homosexual and who was recently arrested for sodomy-related felonies paid $200,000 to a 15-year-old boy to make sex abuse charges go away, court documents reveal.

Terry Bean, now 71, was arrested and charged in 2014 with sex crimes in the alleged abuse of the unnamed minor. At that time, police charged Bean and his then-25-year-old ex-boyfriend, Kiah Lawson, with two felony charges of third-degree sodomy and one count of third-degree sex abuse.

The charges against Bean, Human Rights Campaign co-founder, were resurrected, and a warrant for his arrest was issued after Portland Police detective Jeff Myers uncovered “an elaborate scheme to keep investigators from finding the boy” who had been sexually abused by Bean, according to a report by Portland’s KOIN.

The boy told the detective that his own lawyer worked on the $200,000 payment and then helped the boy hide in order to avoid testifying.

“The boy’s lawyer also gave him a ‘burner’ phone and cash, and worked to hide him in a cabin in the mountains outside of Portland.”

In June, deputy Lane County district attorney Erik Hasselman told a judge that he had evidence of wrongdoing by Bean and his attorney, Derek Ashton; the teen’s lawyer; and another attorney for a prosecutor’s witness.​

Although the D.A. told the judge that the statute of limitations had likely run out, which would prevent the county from charging Bean and Ashton with criminally convincing the teenaged boy to take the $200,000 in lieu of testifying, prosecutors evidently think they still have a case against Bean.

In 2012, President Barack Obama publicly thanked Bean for his work as a major contributor, fundraiser, and event organizer for the Democratic Party.

Bean is also a co-founder of the Human Rights Campaign (HRC), a Washington, D.C.–based gay rights organization that has helped speed along legislation, court rulings, and regulations that have fundamentally shifted the country off its Judeo-Christian foundation, ushering in a society where LGBT “rights” increasingly trump religous freedom and trample the consciences of Christians seeking to live according to their faith.

After his 2014 arrest, HRC deleted Terry Bean from its list of Board of Directors members. Bean had worked closely with the organization since its founding and in 2002 was instrumental in HRC acquiring the building that serves as its headquarters in downtown Washington, D.C.

Bean, a longtime advocate for gay rights, became sole trustee of the Charles M. Holmes Foundation after its namesake and Bean’s friend, Chuck Holmes, died of AIDS in 2000. Until 2004 the foundation owned hardcore male gay pornography producers Falcon Studios, Jock Studios and Mustang Studios. The post reports the studios churn out $10 million worth of pornographic material each year, a source of profit Bean distanced himself from in 2008, saying he “never had anything to do with running the company.”

Before Holmes died, Bean was CEO of Conwest Resources, the holding company that owned Falcon before it was sold in 2004; the foundation continues to receive some proceeds from the studio.

Both Bean and his attorney are now free after posting bail.