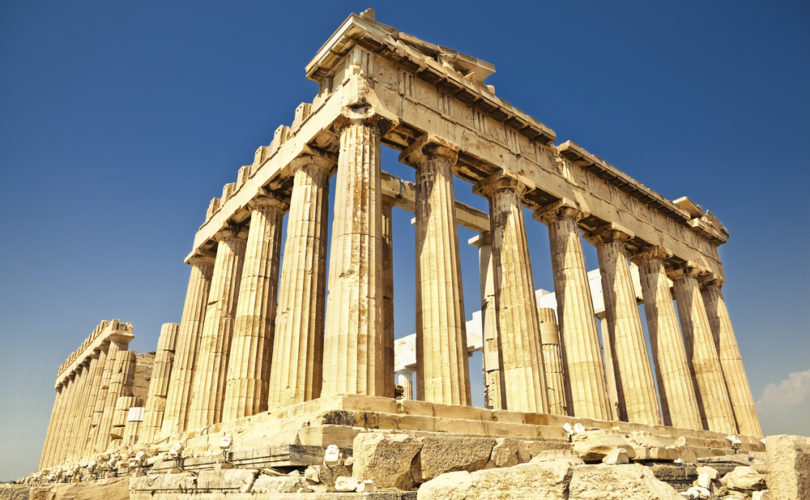 Any proposal to install “gay marriage” in Greek law would be contrary to the European Convention on Human Rights, said Haralambos Athanasiou, the country’s justice minister, this week. He added that his country should not comply with EU demands to create civil unions or legally recognized same-sex partnerships.

When the Convention “speaks about marriage it speaks [of it being] between a man and woman,” Athanasiou told Greek television. “We are a country that respects traditions, respects human nature, and it’s not possible at least with this government and this ministry, to permit marriage [for same-sex partners.]”

“It’s a little dangerous to simply speak of civil unions. The matter is not easy. The problem is what are the consequences going to be? … Are we going to go as far as talking about adoption [by same-sex partners] next?” he asked.

The fact that most other EU countries have created such laws is no reason for Greece to do so, he said, adding that a committee has been formed to examine the issues of social security insurance, pensions and inheritance. The adoption and custody of children will have to be looked at from a religious, political, and societal perspective, he said.

The denunciation from Athanasiou comes in the midst of a parliamentary push for a change in the law. In November last year, the European Court of Human Rights ruled against Greece in a complaint from homosexual activists, ordering the country to start registering same-sex partnerships.

Meanwhile, an influential leader of the Greek Orthodox Church has threatened to excommunicate any MP who votes in favor of a same-sex “civil unions” bill that is pending in the Greek Parliament. Metropolitan Seraphim of Piraeus has said in a pastoral letter that “the universal consciousness over the centuries recognizes as normal behaviour the relations between man and woman.”

In a message addressed to Deputy Prime Minister Evangelos Venizelos, Metropolitan Seraphim said, “I beseech you from the heart not to proceed.”

“You will deny yourself the blessing of the most just Lord whose help and protection we daily need as much personally as nationally … during these critical times for our country.”

For the Church’s ancient spiritual writers, called the Church Fathers, “homosexuality is the most disgusting and unclean sin,” Seraphim wrote. They are “an insult against God and man … an unnatural aberration not even observed in animals.”

He blasted efforts at normalization of “this terrible sin of homosexuality, sodomy, unnatural sexual intercourse, pederasty and paedophilia, to appear as a normal state, as diversity.”