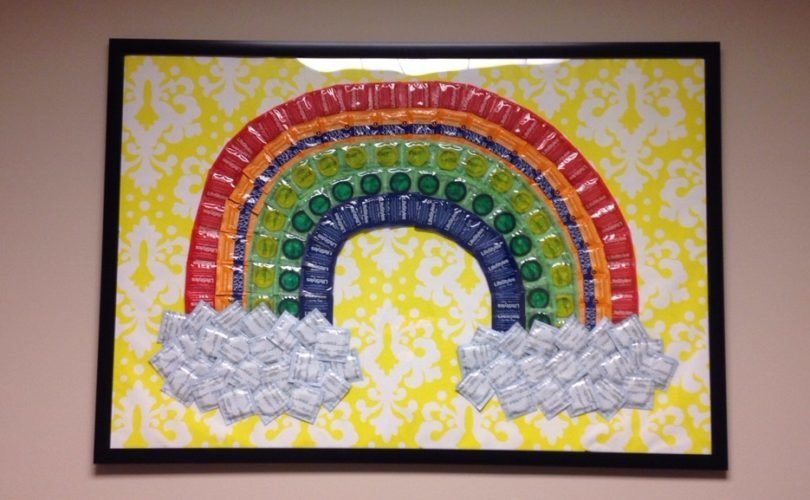 March 14, 2016 (LifeSiteNews) – While some in the pro-life movement do not see a connection between the right to life and the struggle to preserve traditional sexual morality, those on the other side see how the efforts coincide quite clearly.

The plaintiffs in the case to force California to redefine marriage say the LGBT political movement and actions to expand abortion “are inseparable.”

John Lewis and Stuart Gaffney, a homosexual couple, won a California Supreme Court decision in 2008 stating that refusing to issue marriage licenses to same-sex couples is a form of discrimination that violates the state constitution. They went on to join Marriage Equality USA, fighting to overturn voter-approved constitutional marriage protection amendments nationwide.

“At first blush, some LGBT folks might think that abortion rights have little to do with them,” they write in the San Francisco Bay Times. “However, LGBT rights and reproductive freedom have long been closely intertwined.”

The two reminisced about holding a sit-in on the steps of the U.S. Supreme Court in 1987, wearing t-shirts that read, “Queer and Present Danger.”

Their demonstration was to protest the 1986 Bowers v. Hardwick decision, in which justices upheld the constitutionality of state anti-sodomy laws. Just 17 years later, the High Court would reverse itself and overturn its precedent in 2003's Lawrence v. Texas ruling, in which Justice Anthony Kennedy cited foreign law.

That ruling also relied upon the legal reasoning of the abortion movement: That sexuality is private and should not be subject to any moral restrictions.

They wrote, “The Supreme Court’s Lawrence decision relied heavily on language from a key abortion rights precedent, when it stated:

[M]atters, involving the most intimate and personal choices a person may make in a lifetime, choices central to personal dignity and autonomy, are central to the liberty protected by the [Constitution]…At the heart of liberty is the right to define one’s own concept of existence, of meaning, of the universe, and of the mystery of human life. Beliefs about these matters could not define the attributes of personhood were they formed under compulsion of the State…It is a promise of the Constitution that there is a realm of personal liberty which the government may not enter.

“That language comes verbatim from Planned Parenthood of Southeastern Pa. v. Casey, which, among other things, invalidated a law that required a married woman to notify her husband before having an abortion.”

Justice Kennedy co-wrote the decision in Casey, along with Justices Sandra Day O'Connor and David Souter.

While same-sex “marriage” has seen a dramatic increase in public acceptance over the last few decades, abortion-on-demand remains mired at less than 50 percent support and is quickly eroding among younger generations.

Lewis and Gaffney believe the way to increase public support for abortion is for women who have had abortions to share their stories, telling the public how abortion helped them.

It is unclear that such a move would increase acceptance of the procedure, though. Multiple studies have confirmed that women who have had an abortion are at drastically higher risk of depression, suicide, post-traumatic stress disorder, alcohol or substance abuse, and other health maladies.

Every year at the annual March for Life, post-abortive women associated with Silent No More share their stories of grief and healing outside the U.S. Supreme Court.

Pro-family advocates have begun holding an annual March for Marriage, as well.