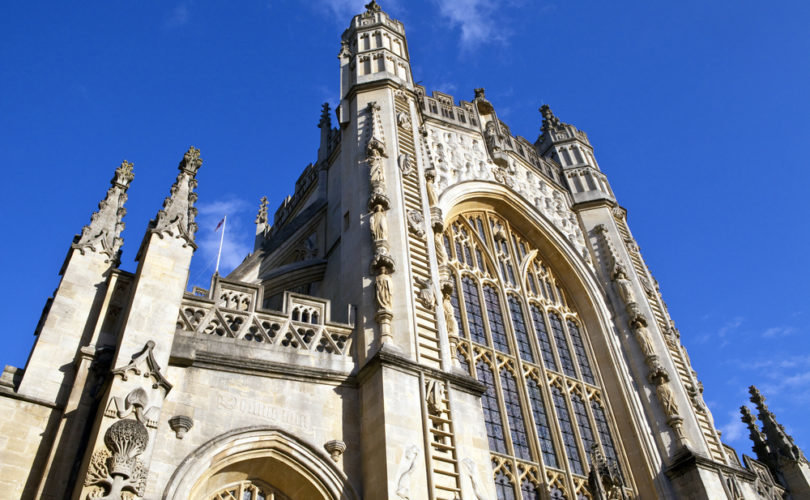 The website AnglicanOnline.org lists 146 “Churches of Anglican or Episcopal Tradition” that are “Not in the Communion,” having separated from the Church of England because of various doctrinal and moral issues.

Now, a group within England is setting the stage for yet another coup, making preparations for a “shadow synod” as a possible alternative Anglican church in Great Britain.

A dozen Anglican parishes, including congregations from three dioceses (Rochester, Canterbury, and Chichester), are organizing in Tunbridge Wells this week to stand against “biblical compromise.”

Sympathizers say their desire to be true to Christ reflects “the beginning of wisdom” — the fear of God (Proverbs 9, Psalm 111), holding firm against the tide of liberalism.

Rev. Dr. Peter Sanlon of St. Mark's warned that a schism may happen if Anglican leaders keep “watering down” moral issues such as sodomy. His group of dissenters is creating an “embryonic” structure that might become a competing church, if the Church of England continues to coddle homosexuality.

As Sanlon told The Telegraph, “If senior leaders water down the teaching of the Church of England on key issues like homosexuality, then this synod could easily evolve into a new Anglican jurisdiction in England.”

In a press release made public Tuesday, the Global Anglican Future Conference (GAFCON) UK stated it “warmly commends” Sanlon and his “shadow synod” as “a grass-roots initiative by local congregations, which is representative of the views of many across the country.”

“The message being clearly conveyed is this: There are Church of England churches that hold to the unchanging truths of the gospel and the formularies of the Church of England; these churches oppose the relentless slide towards revisionism,” the GAFCON statement, sent by Chairman of GAFCON UK Task Force Andy Lines to LifeSiteNews, reads. “These churches are prepared to take action to protect their congregations.”

GAFCON is an alliance of conservative Anglican bishops and leaders sponsoring conferences addressing the divisions among Anglicans worldwide.

The stakes couldn't be higher. For nearly 500 years, since King Henry VIII created schism from Rome in 1534, the Church of England — often called “Anglican” in Europe, “Episcopalian” in the West, and self-described as “Reformed Catholic” — has been the established church in the United Kingdom and the mother church of Anglicans worldwide.

But in just the past four decades, that established worldwide unity has fragmented, and now, even Anglicans in England are threatening to break their five century communion.

Like many large Christian denominations, there are more liberal members and more conservative members. Within the worldwide Anglican communion, there are those who hold to traditional, biblical values, morals, and doctrine, and those who say Christians must grow and change with the times.

Those who say Christians must change cite examples of positive growth, such as the abolitionist movement, and racial equality.

Those who hold to traditional values note that the abolitionist movement was founded, led, and accomplished by Christians, and that the Bible does not condone slavery but actually upholds the freedom of slaves, and God's law clearly condemns the practice of sodomy.

“What is happening in the Church of England  is precisely what has happened in the Episcopal Church and to a lesser extent in the Anglican Church of Canada,” Dr. David Virtue, president of the most popular online Anglican news service, told LifeSiteNews.

“The refusal to stand by scripture as authoritative on human sexuality … and the partial nod to pansexuality by refusing to discipline those vicars who have married same-sex partners, is bringing about the division that we are now seeing,” Virtue summarized.

“While the Church of England's official position is not to embrace homosexuality, it is doing so by not enforcing its own canon laws on the matter,” Dr. Virtue explained.  “They are letting slip through the back door what they are refusing to allow in the front door.”

The conservative backlash “has happened because the Archbishops and Bishops within the Church of England are not taking a clear stand on what the bible says about marriage — the lifelong union of one man and one woman,” Christian Concern Chief Executive Andrea Minichiello Williams told LifeSiteNews. “As a result, the Church's position on this matter in public life is confused, and does not serve the gospel well.”

Williams expressed hope that the traditionalist movement will grow and expand. “It is not easy to say at the moment, but I hope that it will be many as there are many thriving biblically faithful Anglican congregations up and down the country,” she said. “It will require courage.”

Virtue said that moral compromise has “created a vacuum that is being filled by evangelical vicars and laity” who refuse to accept it. “A coalition of orthodox Anglican groups is slowly coming together — AMiE, REFORM, Anglican Mainstream, Church Society, et al, who will declare themselves apart from the Church of England, just as the Anglican Church of North America did in the United States from The Episcopal church.”

“In time,” Virtue predicted, “they will become a separate movement and denomination which will see the end not of the Church of England, but lead to a widening schism in the separation of church and state in the UK.” Virtue concluded, “In the long run, this will be a good thing.”

Since the 1970s, during years of “liberal” influence, Anglicans have seen a shockingly “steep decline in attendance,” according to the UK Telegraph.  So much decline that Anglican leaders are pouring millions of pounds into a “Reform and Renewal” campaign for new converts.

Even the Archbishop of Canterbury, the Most Rev Justin Welby, has given his support to the heavily-funded convert drive, which in advertising for a “National Young Vocations Adviser” and a “National Minority Ethnic Vocations Officer” explicitly did “not have an occupational requirement to be Christian.”

In fact, applicants from “all religions and beliefs, race, age, sexual orientation” were welcomed for these Anglican missionary positions.

Sanlon called the convert drive “panicked managerialism.” “The idea that it should even be considered that a Vocations Adviser need not be a Christian believer … indicates how far we are from addressing the challenges facing the Church,” he said.

Meanwhile, 12 openly homosexual Anglican clergy have written a letter to the House of Bishops, demanding recognition of same-sex “marriage.”