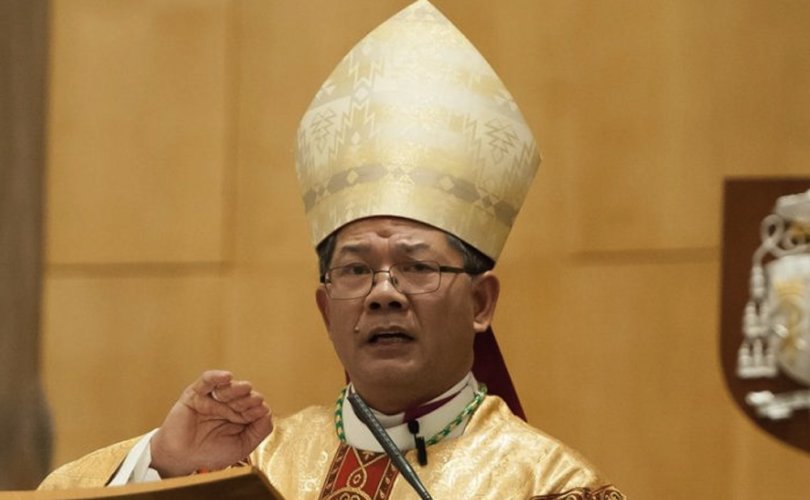 PARRAMATTA, Australia, September 13, 2017 (LifeSiteNews) — An Australian Catholic bishop appointed by Pope Francis has penned a letter to his flock that seems to suggest it doesn’t matter how they vote in the country’s referendum on same-sex “marriage.”

SIGN THE PETITION: Tell this bishop to take a clear stand against ‘gay marriage'

“It should not be a matter of a simple answer Yes or No to the postal survey,” Bishop Vincent Long Van Nguyen of the Catholic diocese of Parramatta wrote in a letter published online September 13.

The vote “should also be an opportunity for us to listen to what the Spirit is saying through the signs of the times,” he added.

Bishop Long’s letter comes as Australia gears up for a voluntary survey on same-sex “marriage” this month.

Bishop Long stated in his letter that if Australia embraces same-sex “marriage,” it would not affect the understanding of marriage within the Catholic Church.

“It is important to remember from the very outset that the postal survey is about whether or not Australians want the legal definition of civil marriage changed to include same-sex couples. It is not a referendum on sacramental marriage as understood by the Catholic Church,” he wrote.

But Long’s letter contradicts the directives of his brother bishops who have asked citizens in the country to vote 'No' on the ballot.

“The recognition that marriage is between a man and a woman is not the assertion of bigotry, religious dogma or irrational tradition, but a recognition of human ecology,” the Australian bishops wrote in a pamphlet dated August 15.

“Many people believe that redefining marriage won’t affect them,” he said. “Respectfully, I would say they need to take another look — it will affect every Australian,” he said in an August 14 interview with The Australian.

“In other parts of the world that have legalised same-sex marriage, those who believe in traditional marriage have been harassed or coerced into complying with the new view of marriage. It would be extremely naive to think that won’t happen here,” he added.

Fisher’s comments reflect the experience of Catholics and Christians in both Canada and the United States who, after the legalization of same-sex “marriage,” saw their children’s schools, their businesses, their Church halls forced to conform to the new law.

The Catholic Church following the Bible teaches that God created humans as “male and female,” giving them sexual organs that fit together and making them sexually attracted to one another for the sake of procreation (increase and multiply).

The Church teaches, moreover, that “respect for homosexual persons cannot lead in any way to approval of homosexual behavior or to legal recognition of homosexual unions.”

“In those situations where homosexual unions have been legally recognized or have been given the legal status and rights belonging to marriage, clear and emphatic opposition is a duty,” states the Vatican's Congregation for the Doctrine of the Faith in a key 2003 document. This teaching was authored by then-prefect Cardinal Joseph Ratzinger (who would be elected Pope Benedict XVI in 2005) and approved by Pope Saint John Paul II.

In his letter, Bishop Long accused the Catholic Church of not accepting homosexuals.

“Regrettably, the Church has not always been a place where they have felt welcomed, accepted and loved,” he said.

The Catholic Church, however, has always treated anyone who strays from God’s way with compassion and respect, calling them to put away their evil deeds, be converted, and return to God. Following St. Augustine, the Church’s model is: Love the sinner, hate the sin. The Church has never taught that showing respect towards any sinner means welcoming and accepting their sin.

Last year, Bishop Long gave a lecture in which he denounced Church teaching that homosexuality is disordered. He said that he was simply following Pope Francis’ lead in calling on the Church to end “oppression” against gays and lesbians caused by “defin[ing] their sexuality as ‘intrinsically disordered.’”