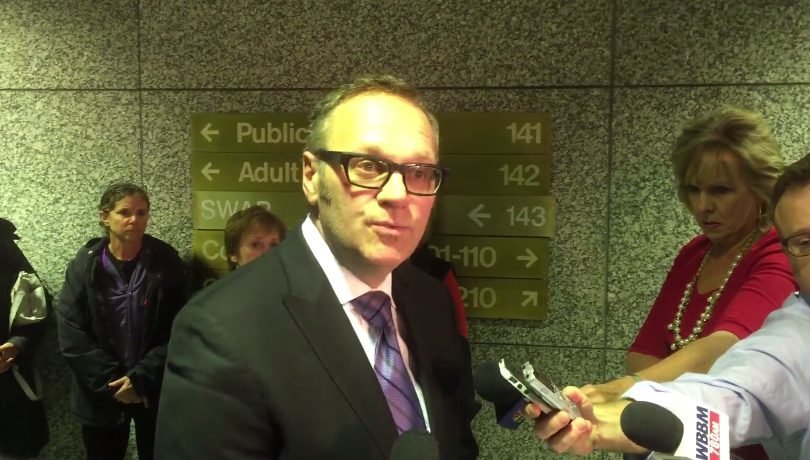 The former choir director of a Chicago-area Catholic church is suing the parish and its pastor for firing him after learning he planned to participate in a homosexual “marriage.”

“It saddens me to have this integral part of my life taken away because I have chosen to enter into a marriage, as is my right under Illinois law,” Collette said.

In July of this year Holy Family Pastor Father Keehan asked Collette to resign after learning Colette had become “engaged” to his male partner. Collette refused and was subsequently fired.

Collette alleged at the time it was Cardinal Francis George, then archbishop of Chicago, who pressured Father Keehan to fire him, saying Father Keehan had been aware of his relationship and had been to dinner with him and his partner.

He subsequently requested to meet with Cardinal George. The two met September 9, and Collette described the meeting as “spiritual.”

“It was wonderful, he was very pastoral in this moment,” Collette told NBC Chicago. “The cardinal and I had a wonderful conversation, and a conversation that I hope will continue.”

Prior to the meeting Cardinal George had said of the matter, “It was his (Collette’s) decision that caused this crisis.”

The Archdiocese of Chicago told LifeSiteNews it has not seen the complaints that Collette has filed with civil authorities and so is unable to comment on them.

“We will respond to the complaints in the forums in which they are filed at the appropriate time,” Archdiocesan Media Relations Director Susan Burritt said.

At the time of Collette’s firing the archdiocese said that individuals involved in Church ministries are obliged to adhere to Church teaching in public.

Collette’s lawyer Kerry Lavelle said the courts will make the determination of whether Illinois’ 2013 homosexual marriage law would impact the Catholic Church.

Ranjit Hakim, executive director of the Cook County Human Rights Commission, told The Christian Post he could not comment on the case because of the commission’s role as a forum in which the case has been filed, but that that they “will conduct an independent investigation of the charges,” as well as, “if necessary, hold an administrative hearing.”

Collette’s firing is one of a few recent instances where local Church leadership has upheld Church teaching by removing employees living in contradiction of Catholic morals.

The Catechism of the Catholic Church states as well that “homosexual persons are called to chastity.”