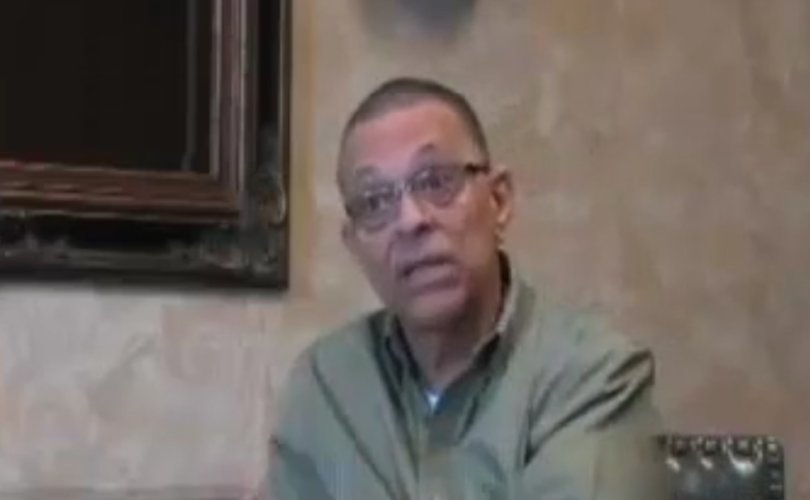 PUERTO RICO, July 19, 2016 (LifeSiteNews) — The world’s largest professional society of Catholic theologians awarded its highest honor to a University of San Diego professor who is “married” to another man.

In addition to being the world’s largest professional theological society, the Catholic Theological Society of America (CTSA) describes itself as “the principal association of Catholic theologians in North America.” It boasts 1,300 members, most of whom hold doctorates in theology or related disciplines.

“Over decades of scholarship, teaching, and dedication to communal engagement, this theologian has wrestled with problems associated with the historical and contemporary legacies of colonization, slavery, racism, and prejudice against LGBT persons,” the CTSA’s official statement on Espin’s award said.

Espin is “married” to Ricardo Gallego. The San Diego LGBT Community Center lists Gallego as one of its staff members.

According to the pro-gay group New Ways Ministry, which has been formally denounced by both the United States Conference of Catholic Bishops and the Vatican for its opposition to Church teaching, Espin “led a workshop on LGBT ministry in the Latino/a community during New Ways Ministry’s Seventh National Symposium in 2012.”

The group also said Espin thanked his “husband” during his speech accepting the award.

The CTSA’s 2016 conference at which Espin was honored featured a session titled “Failures in Sexual Justice: Catholic Feminist Responses and Recommendation.” During this session, theologians presented papers on a female sexual disorder and making “sexual justice more possible for women” within a Catholic framework of marriage; the “normalization of violence in heterosexuality”; and helping “Catholic sexual ethics move beyond the ideological impasse between pro-choice and pro-life positions.”

During a session on “Catholicity and Mission,” a University of Central Florida professor presented a paper titled “Love Beyond Mercy: Respect as a Model for Communion with and among LGBTQ* Persons.” Other sessions focused on Cardinal Walter Kasper’s “vision of divine mercy” and liturgical contributions; women’s ordination as a question of justice; the “sacred components” of breasts in images of Mary, the Mother of Jesus, nursing; and environmentalism.

Its other past presidents include feminist scholars and Father Bryan Massingale, who engages in activism “for fuller inclusion of LGBT persons in society and the faith community.”