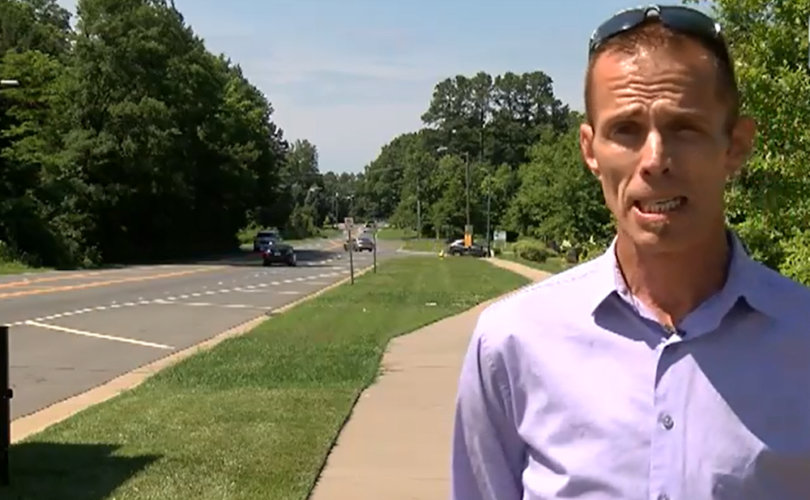 CHARLOTTE, North Carolina, June 8, 2017 (LifeSiteNews) – According to a gay North Carolinian, Charlotte’s ‘Gay Pride’ parade committee is showing itself to be anything but tolerant.

Brian Talbert, a gay man who submitted an application to have a float in this year’s Pride Parade, was turned down because he is a Republican and a Donald Trump supporter.

“For a group of people to claim to want tolerance, acceptance, and give it to every single person you can imagine to give it to, for them to sit back and judge me for exercising my right as an American to choose my leader without judgment is hypocritical.”

Derek Van Cleve, another gay Trump supporter, said, “Brian was so excited when I told him that this year I was applying for us to have our own float in Charlotte Pride this year.”

“After being an active member, entertainer and supporting the LGBT community for over 15 years, it was really a big letdown to receive the notice from Charlotte Pride that we had been denied entry in the parade.”

“Charlotte Pride envisions a world in … free from fear of any discrimination, rejection, and prejudice.”

In the days since Talbert went public with his disappointment over the rejection letter, a backlash against what he sees as discrimination is gaining momentum.

A new website, DeplorablePride.org, suddenly came into being, declaring, “We are a movement of American citizens from within the LGBT community that support President Donald J. Trump.”

Shortly thereafter, “The Deplorable Pride Ball” was announced. As a reaction to the perceived intolerance of the Gay Pride Parade committee, the Ball’s webpage proclaims in all caps, “WE DO NOT DISCRIMINATE!”

Talbert, who believes he shouldn’t be vilified for supporting the president, says he plans to file a lawsuit against the Charlotte Gay Pride for discrimination.

To pay for the costs associated with the legal action, Talbert has already established a Deplorable Pride GoFundMe page. It’s stated mission reflects a fracturing of what is often seen as a monolithic community: “We as a minority within a minority know discrimination firsthand. We are having to fight it from those who know what it is like to be discriminated against. It is an outnumbered fight. We need all the help we can get in order to fight the majority within the minority. Help keep our voice heard.”

Todd Starnes, a commentator for Fox News, said Charlotte Pride’s “decision to ban ‘Gays for Trump’ smells of narrow-minded political bigotry. Charlotte Pride should be celebrating diversity. Instead, it appears they are shoving gay Republicans back into the closet.”