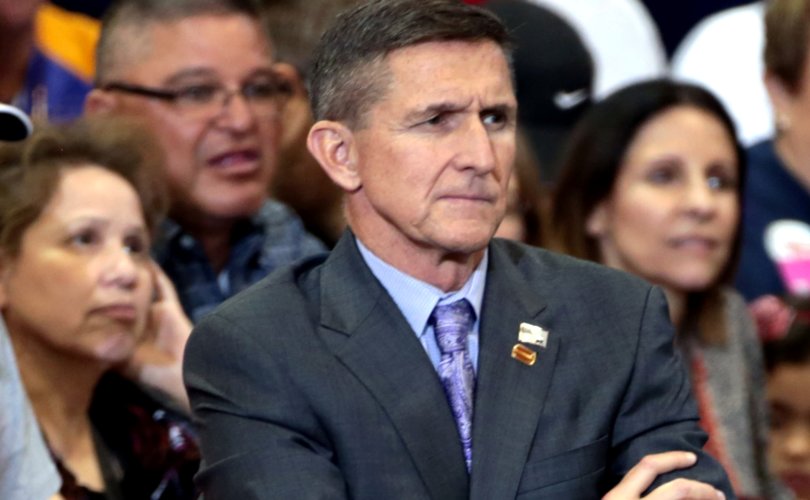 On Tuesday, Paul tweeted a link to an article by internationally recognized psychiatrist, author, and former professor Aaron Kheriaty, featuring the point that under the WHO’s plans for an international pandemic treaty, it has contracted Deutsche Telekom to develop a global vax passport system, with plans to link every person on the planet to a QR code digital ID.

“As part of this plan, the WHO has contracted Deutsche Telekom to develop a global vaxx passport system, with plans to link every person on the planet to a QR code digital ID.” https://t.co/5xbmDpjTne

Flynn shared Paul’s tweet to his Telegram account Wednesday with the caption, “We all know this Senator Paul, the question is what do you, as a sitting United States Senator, plan on doing about it?”

If recent support from conservatives of the Trump administration’s withdrawal from the WHO is any indication, Paul would have a working base of politicians whom he could help mobilize to push for another withdrawal. In 2020, Congressional Republicans such as Rep. James R. Comer of Kentucky, a ranking member of the House oversight committee, signaled support for Trump’s decision.

After the U.S.’s formal withdrawal, Comer tweeted, “Withdrawing the United States from the World Health Organization was the right decision. Until the WHO undergoes some serious reforms, it doesn’t deserve our money or our membership.”

As the U.S. Senate has noted, the joint resolution by which the U.S. joined the WHO “authorized an annual appropriation … for the payment by the United States of its share of the expenses of the World Health Organization, and in doing so, Congress exercised both its constitutional power of the purse and its power to approve international agreements.”

By the same token, the U.S. Congress could vote to withdraw funding from the WHO and thereby effectively withdraw its approval of WHO membership.

There also remains the question of whether, even short of withdrawal from the WHO, Congress could legislate an “opt-out” by which the U.S. refuses or forbids the recognition, use, and enforcement of such a digital ID passport system within the U.S. itself.

Paul could additionally help mobilize pressure, even internationally, on the WHO to refrain from using or enforcing any kind of global digital ID. Brazil President Jair Bolsonaro is a potential ally, having blasted the recently proposed U.S. amendments to a WHO treaty, now temporarily withdrawn, that many have argued would surrender the sovereignty of all WHO member nations.

Some are suggesting that such a globally enforced QR digital ID could be used to fulfill Biblical prophecy about the Mark of the Beast. Alan Bayer replied to Paul’s tweet with an excerpt from Scripture describing the passage:

“And he causeth all, both small and great, rich and poor, free and bond, to receive a mark in their right hand, or in their foreheads: And that no man might buy or sell, save he that had the mark, or the name of the beast, or the number of his name.”  — Revelations 13:16-17

Sen. Paul has so far not yet responded to General Flynn’s question. Should no action be taken against the WHO’s proposed new powers, a global digital ID could be used to cement the exclusion of individuals such as the unvaccinated from international travel as well as from access to goods and services, as was already done in certain parts of the world during the COVID-19 outbreak.

As Kheriaty warns: “This system will be universal, mandatory, trans-national, and operated by unelected bureaucrats in a captured NGO who already bungled the COVID pandemic response.”

Under the pretext of protection from COVID-19, people without COVID passports, which typically require “vaccination” or a negative COVID-19 test, have already been denied entry to public venues such as restaurants and supermarkets over the past two years.

Last year, a 100-year-old woman in Chile was denied entry to a supermarket to buy her lunch food because she did not have the necessary health pass.

Political opposition to such measures would be needed in order to prevent the WHO from wresting power away from individual nations. Should Paul oppose the WHO’s treaty in the Senate, he could expect to be supported by fellow Republican legislators around the country, such as Florida Gov. Ron DeSantis and South Dakota Gov. Kristi Noem.