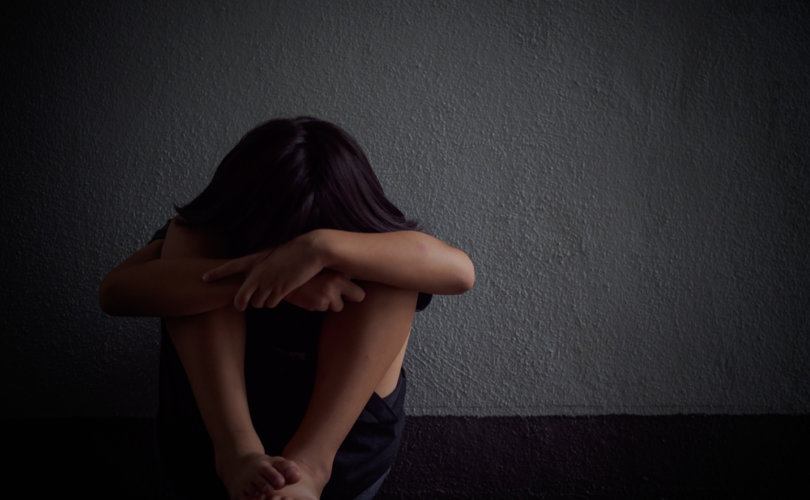 “Let's pray that I am wrong because if I am not wrong, very many vulnerable children have been very poorly treated and will be left with, potentially, a lifetime of damage here,” said one staff member in transcripts of staff interviews that were part of a review into the Gender Identity Development Service (GIDS). The transcripts were leaked to the BBC’s Newsnight team who reported on the matter June 19.

The BBC reports that staff interviews from a 2019 review into GIDS, which operates from the Tavistock and Portman NHS Trust, revealed a “damning” assessment of the service by a number of staff working at the clinic.

“[T]he review heard from several staff that one member of the GIDS leadership, Sarah Davidson, would sometimes refer children for treatment after only one or two appointments,” the BBC report states.

“Absolutely it should never happen because this is a pathway that will lead to huge, huge changes for this young person, potentially, infertility,” one GIDS clinician is reported to have said.

The BBC article notes that “[s]uch a quick referral, staff claim, could risk putting young people on potentially life-changing medicines who may have been struggling with issues such as their mental health and sexuality.”

Staff allege that they were discouraged from reporting concerns to safeguarding personnel, including in cases where they “feared a child had suffered sexual abuse or trauma.”

“There was a very clear message from senior management about being really cautious about how we talk to the safeguarding team at the Tavi[stock], and specifically [the Trust's safeguarding lead],” one staff member who left GIDS last year, told the BBC.

“I would say that perhaps that's why more than 40 clinicians decided to leave the service within three years,” they added.

According to the BBC report, transcripts from the review show staff saying “some parents appeared to prefer their children to be transgender and straight, rather than gay.”

One clinic staff member reported a child as having said “My mum wants the hormone more than I do.” Staff are reported to have said that one child who initially claimed to be a lesbian, suddenly changed their mind and began identifying as “trans” after experiencing “homophobic bullying.”

Andrea Williams, chief executive of Christian Concern, told LIfeSiteNews that these findings “are just the latest in a long list of disturbing revelations about how the Tavistock clinic and GIDS have functioned.”

“The unquestioning allegiance to the most extreme forms of transgender ideology, pushed by campaigners like Mermaids, silences all questioning voices and leads to irreparable harm to children,” Williams said.

“Academics like James Caspian have been unable to research the issue of gender de-transition, which will be increasingly common when children, rushed through transgender medical pathways, discover that the ‘treatments’ aren’t helping.”

But Williams said that she believes that we are “beginning to see the tide turn as more prominent voices begin to publicly question radical trans-affirming ideas, particularly in the treatment of children.”

“May we continue to advocate for these vulnerable children and stop this long-term harm, before it’s too late,” she said.

Evans was joined in her suit by the mother of a 15-year-old gender-confused girl, and by Keira Bell, a young woman who has given up her attempts to “become” a man.

Bell said she became a claimant in the case because she didn’t believe “that children and young people can consent to the use of powerful and experimental hormone drugs” as she had done.

“I believe that the current affirmative system put in place by the Tavistock is inadequate as it does not allow for exploration of these gender dysphoric feelings, nor does it seek to find the underlying causes of this condition,” Bell said.