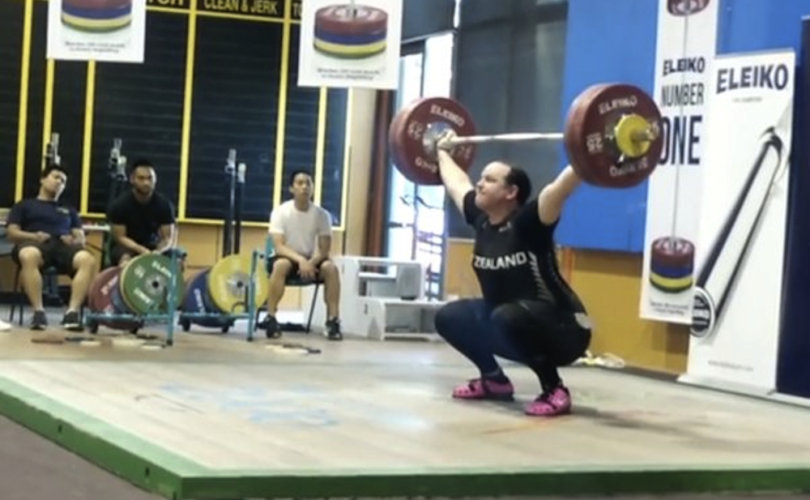 SAMOA, July 16, 2019 (LifeSiteNews) — Another male athlete identifying as a woman took home the top prizes in a competition this weekend, edging out actual women in the sex-specific category.

In 2017, Gavin “Laurel” Hubbard became the first New Zealander and the first transgender victor of the International Weightlifting Federation in Anaheim, California, which caused controversy at the time but did not deter his weightlifting career. This weekend, he won two gold medals and a silver medal in several women’s heavyweight categories at the 2019 Pacific Games, the Washington Times reports.

Hubbard beat Feagaiga Stowers, a female lifter from Samoa who took home gold at last year’s Commonwealth Games. Hubbard had to drop out of that contest due to an elbow injury.

The weightlifter’s latest victory highlights the ongoing controversy over gender-confused athletes competing in sports that are typically separated by sex to account for the biological differences between men and women.

“It’s not too much of a logical leap to believe that all of Stowers’ training and hard work might have landed her yet another gold medal this time had she not been forced to participate against a biological male. But where else would Hubbard compete?” Jazz Shaw writes at Hot Air. “His best lifts in this event in the past few years are still shy of the Olympic record held by an actual woman, Zhou Lulu of China. And Hubbard’s lifts are far, far below the men’s record.”

In the United States, USA Powerlifting has held the line against removing the sex barriers. “Men naturally have a larger bone structure, higher bone density, stronger connective tissue and higher muscle density than women,” the group argues. “These traits, even with reduced levels of testosterone do not go away. While MTF (male-to-female) may be weaker and less muscle than they once were, the biological benefits given them at birth still remain over than [sic] of a female.”

The Daily Wire adds that Hubbard was charged with reckless driving last fall after his car fishtailed and hit a vehicle containing two people, one of whom required major spinal surgery. Hubbard was forced to pay the couple $13,000 and was temporarily barred from driving. He later tried to have his name suppressed in connection with the accident.