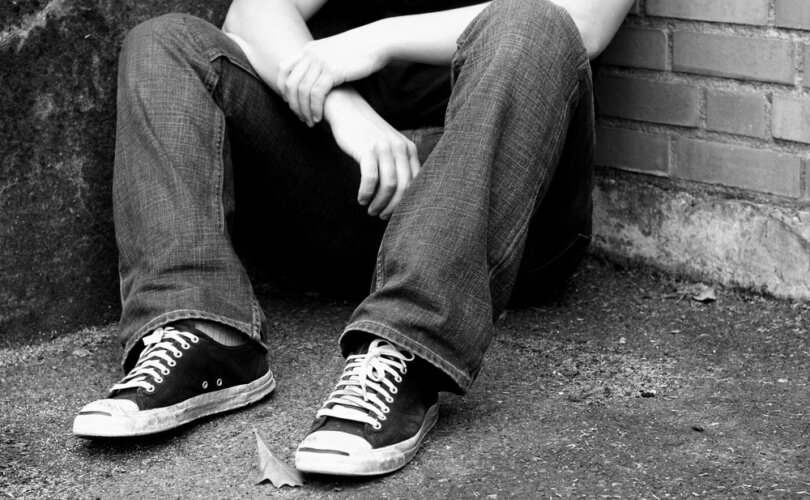 (LifeSiteNews) — A 14-year-old Virginia runaway was abandoned to a horrific fate of rape and human trafficking after government officials reportedly refused to return her to her home because her family allegedly didn’t support her transgender identity, according to a bombshell investigative report by the Daily Wire.

The report has already sparked legislative effort to ensure that no family is ever denied guardianship rights because of alleged “misgendering.”

Legal documents reviewed by the outlet indicate the girl had been adopted by her grandmother after the death of her father. Identified in records as “Sage,” the “[l]ong troubled” girl later wanted to be called “Draco” and treated as a boy.

“Khan allegedly told the girl to lie about being abused by her parents, seemingly in order to create a legal precedent allowing states—other than where a teen lives—to refuse to return a runaway teen if transgender issues are in play.”https://t.co/Y3cFIrqK4o

In August 2021, Sage reportedly ran away from home to Baltimore, Maryland to meet up with a person she met online and believed to be a 16-year-old boy. According to the report, however, the “boy” was really a 36-year-old “sex offender who had been grooming her online and took her to Washington and then to Baltimore.”

After a weeklong search, federal and state law enforcement officials rescued Sage from convicted sex offender Kenneth Fisher, who had reportedly raped her and “trafficked her to so many men that Sage lost count,” Sage’s grandmother Michele Blair wrote in a victim impact statement.

Despite rescuing her, however, records indicate that officials refused to return her to her grandmother.

Baltimore Assistant Public Defender Aneesa Khan reportedly pleaded with the court not to return the girl to her guardians, allegedly arguing that Sage’s biological relatives weren’t supportive of her “trans” identity.

On September 3, 2021, Judge Robert B. Kershaw wrote that it was “not possible to return the child to that home,” instead authorizing the Baltimore City Department of Juvenile Services to place her in a “therapeutic facility” that would make “reasonable accommodation for [Sage’s] expressed male gender and desire to live as a trans male.”

The victimized girl’s grandmother later said she had been “blindsided by the accusations of transphobia” from the court. She said she wasn’t even aware her granddaughter wanted to be called by a male name “until hours before she ran away, because school officials had concealed it from her,” the Daily Wire reported.

In November, Judge Kershaw said that despite an Appomattox County Department of Social Services finding that the girl had not suffered abuse or neglect at the hands of her legal guardians, “This Court finds that Draco [sic] has more likely than not endured emotional abuse and neglect by his [sic] parents.”

A complaint later filed by Sage’s grandmother against Khan contends that the public defender had coached the teen “to lie about being abused by her parents, seemingly in order to create a legal precedent allowing states — other than where a teen lives — to refuse to return a runaway teen if transgender issues are in play,” the Daily Wire reported.

In consequence of Khan’s appeal and the judge’s decision, Sage was placed in a facility “with some of Baltimore’s most troubled biological males.”

But records reviewed by the outlet indicate that the Baltimore facility wasn’t the end of Sage’s tragic story.

Months later, Sage reportedly ran away from one of the institutions in which she had been housed and turned up in Texas. Documents indicate that Sage had once again been “allegedly trafficked to pedophiles” in the Lone Star State.

“Unlike Maryland, Texas authorities immediately returned the frightened girl to her parents,” the Daily Wire reported.

During the trip home, Sage reportedly spoke about her horrific experiences, leading her grandmother to file an ethics complaint against the public defender who had allegedly prompted Sage to lie about being abused at home.

Afterher rescue, Sage went to a Virginia treatment facility per a court order.

Even there, however, she wouldn’t be safe from “woke” ideology.

According to Virginia mom and former Democrat Capitol Hill staffer Laura Hanford, who helped raise money and secure legal representation for Sage, the institution had urged the girl to persist with her “transgender” identity and get a mastectomy.

However, the girl reportedly began asking her grandmother to bring her girls’ clothes when she visited.

— Article continues below Petition —
Stand with brave priest who was SUSPENDED after defying the LGBT agenda against his abbot’s wishes!
Show Petition Text
12089 have signed the petition.
Let's get to 12500!
Thank you for signing this petition!
Add your signature:
Show Petition Text

RELATED: Transgender activists will never accept blame for the regrets, suffering of detransitioners

Hanford, an international human rights advocate, told the Daily Wire that she’s focused on helping “vulnerable minorities that are persecuted by authoritarian governments,” adding that that’s exactly how she views Sage’s situation.

“Children are being abused by people who see themselves as compassionate but implement policies that amount to a welcome mat for predators,” she said.

In June 2022, after 20 months of ordeal, Sage was finally released from the treatment facility and allowed to go home.

Sage’s discharge paperwork reportedly “shows no diagnosis of gender dysphoria” indicating that she no longer identifies as male.

Meanwhile, lawmakers are already taking notice of the case.

On Friday, the Daily Wire reported that Virginia State Delegate Dave LaRock introduced “Sage’s Law” in an effort to ensure that no parent is ever again accused of child abuse for calling their trans-identifying child by their correct pronouns.