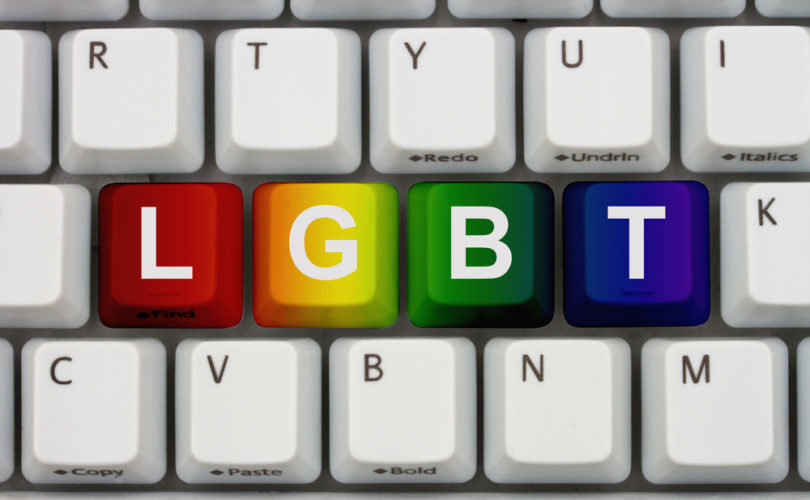 August 18, 2015 (LifeSiteNews) – People who suffer from gender confusion are encouraged by the current cultural climate to “be themselves,” meaning reject the gender they were born with.

“Transgender” teens are taught that what they feel is who they are and that to be happy and fulfilled, they must become the opposite sex. When Bruce Jenner decided to publicly look like a woman, he was supported by the mass media. Even the president of the United States, when Jenner decided to have castration surgery, applauded him as a “courageous” hero.

But studies repeatedly show that “transgender” people who seek to become the opposite sex are in fact not happy or fulfilled. In fact, a life-or-death internal war is continually going on within, to the degree that many, if not most, seek to end their lives.

That's what the American Foundation for Suicide Prevention and the Williams Institute found when the foundation analyzed results from the National Transgender Discrimination Survey. The numbers of suicide attempts are heartbreaking.

And this study isn't the only one proving that those who seek to live as if they were the opposite sex are, in fact, killing themselves. Over a dozen other surveys worldwide have found the same alarmingly high suicide rates.

A national survey of more than 6,500 transgender people asked the question “Have you tried to commit suicide?” Forty-one percent answered, “Yes.”

“Chronically high stress levels,” “anxiety,” and “depression” are most commonly reported among active transgender people. Self-harm by cutting is often reported as well.

The suicide hotline for them, Trans Lifeline, handled more than 20,000 calls in its first nine months of operation alone. Greta Gustava Martela, a lesbian who founded the hotline, summarizes, “With 41% attempting suicide, you have to assume something's just not working for transgender folks.”

The mainstream media attributes the exploding transgender suicide rate to outside influences, such as peer and parental rejection, but does not consider the transgender person's tragic internal battle as intrinsic to living a psychological dichotomy.

The facts speak otherwise. The University of Birmingham's Aggressive Research Intelligence Facility (ARIF) conducted a medical review that found that there is no conclusive evidence that sex change operations improve the lives of transsexuals. In fact, many transsexuals remain severely internally distressed and suicidal after the operation.

Chris Hyde, the director of ARIF, explained, “A large number of people who have [sex change] surgery remain traumatized – often to the point of committing suicide.”

And yet the effort to ignore the suicidal facts and teach even grade school children that transgender people are fulfilling their “true” selves continues. As Stella Morabito of The Federalist writes, “The [transgender] guy isn't allowed to talk about his regret. Not openly. The transgender lobby actively polices and suppresses discussion of sex-change regret.”

Some transgender patients have said they realized, too late, that sex change operations did not live up to their promise. Alan Finch explains, “You fundamentally can't change sex. … The surgery doesn't alter you genetically.  It's genital mutilation[.] … It's all been a terrible misadventure[.] … The analogy I use about giving surgery to someone desperate to change sex is it's a bit like offering liposuction to an anorexic.”

Tennis champion Renée Richards, who went from male to “female” in the '70s, wrote, “I would have been better off staying the way I was – a totally intact person[.] … I don't want anyone to hold me out as an example to follow[.] … I get a lot of letters from people who are considering having this operation … and I discourage them all.”