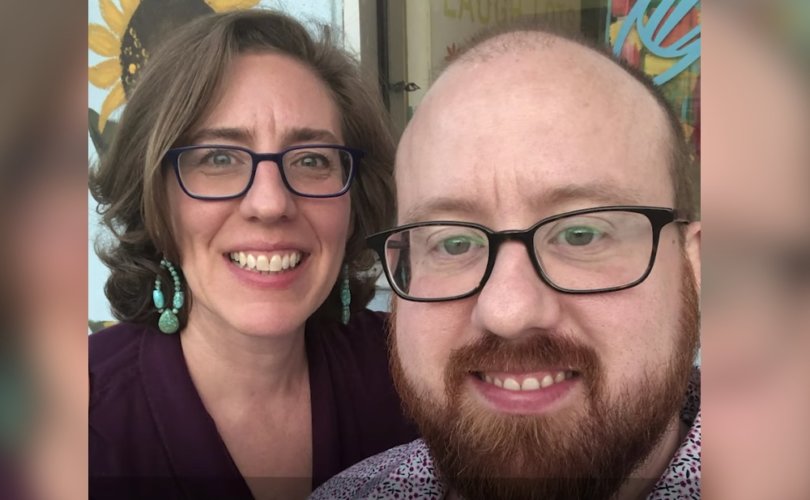 MARYLAND, July 21, 2020 (LifeSiteNews) — A woman suing a Maryland Catholic hospital for refusing to remove her healthy uterus as part of her attempt to “change gender” is appealing to the recent Bostock v. Clayton County Supreme Court ruling that anti-discrimination law should be reinterpreted to cover homosexuality and gender confusion.

Thirty-three-year-old Jesse Hammons had been scheduled to have surgery to remove her uterus at the University of Maryland St. Joseph Medical Center on January 6, after having completed blood tests, ultrasounds, and other health screenings in preparation for the operation.

But the surgery was eventually cancelled by the hospital, which says that it is guided by “Catholic health care values” and that it “observes the Ethical and Religious Directives for Catholic Health Care Services.”

“A week before the surgery was scheduled to take place, the medical center informed Hammons[’] surgeon that the surgery had to be cancelled because it violated the medical center’s Catholic religious beliefs,” reports the left-wing American Civil Liberties Union (ACLU), which is representing Hammons in her legal challenge.

Hammons, who has since had the surgery completed elsewhere, wanted to remove her uterus in order to help eliminate her body’s estrogen levels and because she believed it would improve her mental health.

According to ACLU’s lawsuit Gail Cunningham, senior vice president for medical affairs and chief medical officer for the hospital, said that “gender dysphoria did not qualify as a sufficient medical reason to authorize the procedure.”

The St. Joseph Medical Center was originally founded in 1864 by the Sisters of St. Francis of Philadelphia, but in 2012 joined the University of Maryland Medical System (UMMS). An article covering the story in The Washington Post notes that UMMS is a private, nonprofit organization which operates 13 hospitals, is one of the largest employers in the state, has received nearly $25 million in public funds in the past two years, and that its board members are appointed by the Maryland governor.

ACLU Attorney Joshua Block is arguing that “[t]he government has no business running a religious hospital.”

“The Supreme Court has been clear that a government-controlled corporation like UMMS must comply with the Constitution. A governmental entity cannot deny medical care based on religious beliefs, and it cannot discriminate against transgender people by denying them health care that is available to everyone else,” Block said in the statement announcing the suit.

Hammons is “married” to Lura Groen, a pastor of the Evangelical Lutheran Church in America, who argues that “discrimination is not a part of religious liberty.”

“As a faith leader and taxpayer,” Groen said, “I am appalled that this act was done at a government institution and in the name of religion.”

Groer has made a video about the case in which she appears in clerical dress and suggests that she believes that God would approve of the removal of a woman’s healthy uterus because she thinks she’s a man.

“The reason the hospital denied care to my spouse [sic] is because they have some affiliation to the Catholic Church,” she says.

“As a person of faith that feels so wrong. The Jesus I know is a Jesus who walks around healing everyone out of compassion, not caring who they are or what they done in their life,” she continues.

In 2016 the United States Conference of Catholic Bishops published an open letter to the Centers for Medicare & Medicaid Services stating it is not “discrimination” for hospitals to refuse to perform surgery which is part of an attempt by an individual to “change” his or her gender.

“It is not ‘discrimination’ when a hospital provides care it considers appropriate, declines to perform procedures destructive to patients’ welfare and well-being, or declines to take actions that undermine the health, safety, and privacy of other patients,” the letter states.

“A hospital does not engage in ‘discrimination’ when, for example, it performs a mastectomy or hysterectomy on a woman with breast or uterine cancer, respectively, but declines to perform such a procedure on a woman with perfectly healthy breasts or uterus who is seeking to have the appearance of a man.”

In their “Declaration of Truths” document published last year, Cardinal Raymond Burke and Bishop Athanasius Schneider, together with several other bishops, stated:

Concerning gender theory, the declaration reaffirms that “the male and female sexes, man and woman, are biological realities created by the wise will of God.” It therefore terms gender reassignment surgery a “rebellion against natural and divine law” and a “grave sin.”