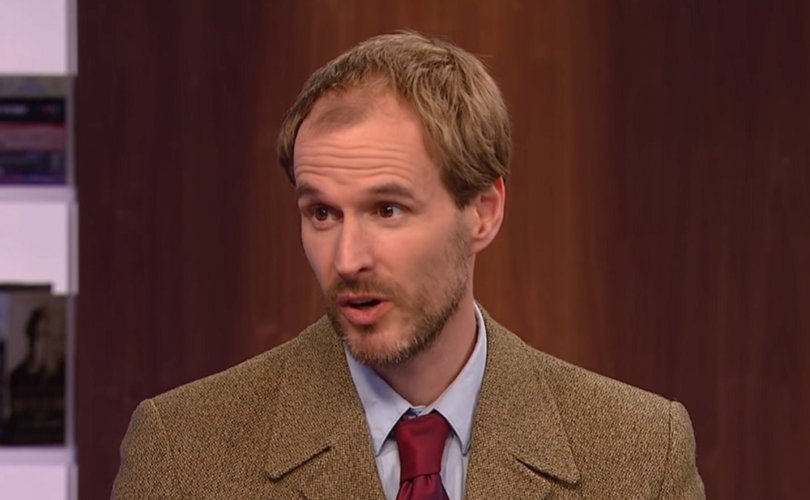 September 25, 2019 (LifeSiteNews) — A Canadian historian who helped popularize the idea of gender as a social construct meant to preserve traditional power structures has gone public with a mea culpa for his past work. Not only has he disavowed the current fallout of transgender ideology, but he also admitted that his past scholarship was based partly on cherry-picking information to conform to his ideological preconceptions.

Christopher Dummitt is an associate professor at Trent University’s School for the Study of Canada. On September 17, Quillette published an essay in which he explains his past conviction that “sex was wholly a social construct” “all about power,” admits that his “big idea” has run roughshod over biological common sense and freedom of speech, and offers a “mea culpa for my own role in all of this.”

Dummitt wrote a 2007 book on the subject, The Manly Modern: Masculinity in Postwar Canada, as well as a 1998 article based on his master’s thesis titled Finding a Place for Father: Selling the Barbecue in Postwar Canada. His book, he says, has been cited in subsequent works on the subject, and his article “has been republished several times in textbooks for undergraduate students.”

Despite this professional success, Dummitt admits he is now “ashamed of some of the contents,” because while he “got things partly right,” “for the rest, I basically just made it up.”

Dummitt next outlines the process by which he made and supported claims, starting with a declaration such as “there was a great deal of cultural and historical variability” to sex’s definition. For these claims he “had my favourite examples, eventually working them into pithy anecdotes I could use in lectures or conversation,” such as the changing association of blue or pink with the two sexes.

“Second, I would argue that whenever you came across someone saying that something was masculine or something was feminine, it was never just about gender,” he continues. “It was always, simultaneously, about power. And power was, and remains, a kind of magical word in academia.”

“So if someone denied that gender and sex were variable, if they suggested that there really was something timeless or biological about sex and gender, they were really making excuses for power. They were apologists for oppression,” he explains. “Sound familiar?”

After that, he “went looking for some explanation in the historical context that showed, at a particular historical moment, why people in the past talked about something as either masculine or feminine.” By his own admission, he could “cherry pick” details because “history is a big place. And so there was always something to find.”

Dummitt maintains he was on “safe ground” to the extent that he “stuck to the documents, and reconstructed how people talked in the past,” but the conclusions he drew from them were “intellectually bankrupt” because they “came from my ideological beliefs — even if, at the time, I wouldn’t have described this as ideology.”

“I should have known better. If I were to retroactively psychoanalyze myself, I would say that, really, I did know better,” Dummitt confesses. “And that’s why I was so angry and assertive about what I thought I knew. It was to hide the fact that, at a very basic level, I didn’t have proof for part of what I was saying. So I stuck to the arguments with fervor, and denounced alternative points of view. Intellectually, it wasn’t pretty. And that’s what makes it so disappointing to see that the viewpoints I used to argue for so fervently — and so baselessly — have now been accepted by so many in the wider society.”

Dummitt also notes that part of what kept him enmeshed in gender ideology was the fact that he was never made to confront differing academic viewpoints. “Steven Pinker’s critique of social constructionism, The Blank Slate: The Modern Denial of Human Nature, was published in 2002 before I finished my PhD and before I published my book. Yet I hadn’t even heard of it, and no one ever suggested I might need to deal with its arguments and evidence,” he notes. “That alone should tell you a lot about the silo we all inhabited.”

He argues that these problems are pervasive in the field of “gender history,” and what amounts to “proof” is actually just scholars who agree citing each other as affirmation.

“My flawed reasoning, and other scholarship using the same defective thinking, now is being taken up by activists and governments to legislate a new moral code of conduct,” Dummitt laments. “It was one thing when I was having drinks with fellow grad students and battling it out in the inconsequential world of our own egos. But now much more is at stake.” He still believes that gender is “socially constructed” in some cases, but “critics of the social constructionists are right to raise their eyebrows at the so-called proof presented by alleged experts.”

“Until we have seriously critical and ideologically divergent scholarship on sex and gender,” Dummitt concludes — “until peer review can be something more than a form of ideological in-group screening — then we ought to be very skeptical indeed about much of what counts as ‘expertise’ on the social construction of sex and gender.”