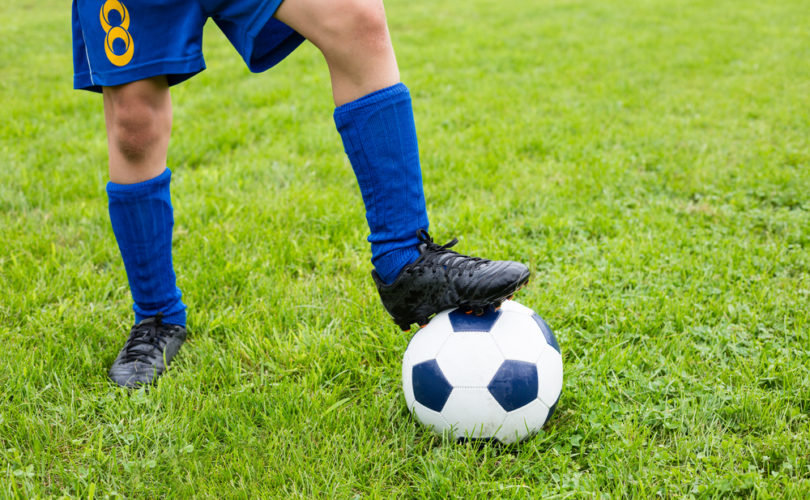 January 15, 2016 (CardinalNewmanSociety) — Overriding the objections of Nebraska’s Catholic bishops and disregarding the votes of district representatives, the Nebraska School Activities Association (NSAA) Board of Directors adopted a policy on Thursday — that went into effect immediately — allowing high school students to participate in sports based on their preferred gender identity.

“[T]he NSAA Board of Directors, who represent the member schools from the respective districts, voted at their meeting on January 14 by a margin of 6 – 2 to adopt the Gender Participation Policy (GPP),” the Nebraska Catholic Conference (NCC) stated on their website. “The GPP, which is effective immediately, will allow students who can demonstrate a ‘consistent’ gender identity opposite from the sex on their original birth certificate to participate in NSAA sports according to their gender preference.”

Nebraska’s bishops, Archbishop George J. Lucas of Omaha, Bishop James D. Conley of Lincoln and Bishop Joseph G. Hanefeldt of Grand Island, issued a joint statement on Thursday saying they were “dismayed” by the Board’s decision, and called for “every effort” to reverse the new policy.

“The Catholic member-schools of the Nebraska School Activities Association are dismayed by the arbitrary, non-collaborative decision made by the NSAA board to implement a transgender participation policy. The board’s decision circumvents the will of the voting members expressed in the democratic process that was recently completed,” the bishops wrote.

“Student-athletes, parents, and member-schools are discouraged to learn that the NSAA ignored their concerns about the welfare of Nebraska’s children that was shared during the district voting process,” the statement continued. “Member-schools and parents must make every effort to reverse an NSAA board action that compromises fairness, equality, privacy, safety, and respect for Nebraska’s high school students.”

“Parents have always appreciated school activities as playing a vital role in the mature development of their school age children. It would be unjust to allow a harmful and deceptive gender ideology to shape either what is taught or how activities are conducted in our schools,” the bishops wrote. “This would certainly have a negative impact on students’ and society’s attitudes towards the fundamental nature of the human person and the family.”

The bishops urged support for a “sex on the certificate at birth” proposal that would “formally adopt the current NSAA practice that students participate according to their sex at birth.”

According to the NCC, the leadership of the sports association and their board representatives “went to great lengths to convince the member schools to oppose the ‘sex at birth’ proposal” endorsed by the bishops to “give the Board the green light to adopt the GPP.”

In votes taken on January 6 and January 13, four of the six NSAA districts voted to approve the “sex at birth” proposal, but the NSAA Board rejected the clear majority support for the status quo and implemented the gender identity policy.

“The effect that this policy will have on the Catholic schools that are members of the NSAA will be determined by the respective dioceses,” according to the Nebraska Catholic Conference.

Leaving implementation up to the dioceses allows Catholic schools “to follow strongly held religious beliefs” and also “puts the burden of legally defending such a decision on the schools, not the NSAA,” NSAA interim Director Jim Tenopir reportedly told the Lincoln Journal Star.

Those opposed to the gender identity policy will have to wait until April 8 for a chance to overturn it at the NSAA Representative Assembly meeting, where the “sex at birth” bylaw proposal will be up for a vote.

If the “sex at birth” proposal is approved by 60 percent of the representatives, the proposal “will go into effect as of August 1, 2016, and it would overrule the GPP at that time.” But if the proposal is defeated, “the GPP will be the permanent policy of the NSAA, until and unless the Board of Directors changes the policy at a future date,” the NCC stated.

Under the Gender Participation Policy, “If a school deems a transgender student eligible to play, the NSAA would convene a gender-eligibility committee that would rule case by case based on documentation from friends, teachers or family and a health care professional affirming the student’s gender expression,” the Journal Star reported.

“The policy also requires male-to-female transgender students to provide documentation of at least a year of hormone therapy in an effort to address competitive equity concerns about males being physically larger than females,” according to the report. “It also would require transgender students to use private bathrooms and locker rooms or those that match their biological sex.”

The Nebraska Catholic Conference called on families to contact the NSAA Board members and district representatives to push for adoption of the “sex at birth” proposal at the April 8 NSAA meeting.