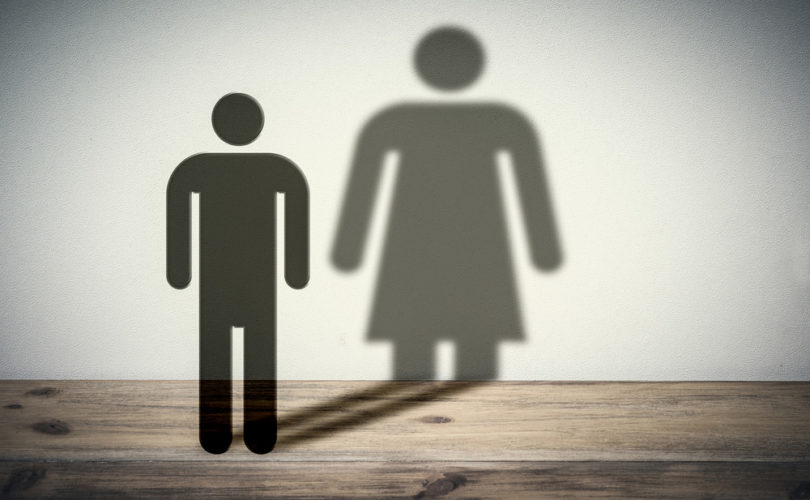 SEQUIM, Washington, March 23, 2018 (LifeSiteNews) – A Washington state school district has paused a sex education course after an instructor told a 12-year-old girl her enjoyment of fishing and basketball meant she was transgendered.

Seattle Fox affiliate Q13 reports that Jason Peterson, single father of five in the Sequim School District, says his daughter came home crying after a November class where she was told the sports she liked “were boy things,” which meant that “she was a boy inside and that she was gay.”

She “was very confused by it,” Peterson told NBC King 5. “She likes playing basketball, she likes going fishing with dad, she likes skateboarding, and she likes being a girl.”

He also highlighted an apparent double-standard in that, while LGBT education is commonly sold as promoting tolerance, the teacher was the one “discriminating” against his daughter’s “identity.”

“I think people should be free to be who they are,” Peterson said.

Peterson explains he had approved the class for his daughter, assuming it would focus on the same information about pregnancy and sexually transmitted diseases his two older children had received in past years. But the experience led him to take a closer look, and what he found shocked him.

“Twenty out of 32 pages are generated to gender identity,” he says of the Family Life and Sexual Health Curriculum (FLASH), which was developed by the city of Seattle and the King County Public Health department. “It’s heavily weighted towards that. It’s biased toward that.” Other parents agreed, leading its use to be put on hold pending a review.

Peterson pointed out that the “developing minds of adolescents have a very hard time grasping” the claim that gender and sexuality are two different concepts.

King County health officials claim the FLASH lessons meet federal sex education standards, are tested before classroom use, and reviewed by “some of the best” medical experts in the country. But they also say that school districts are given latitude in how and at what age they implement them.

“Part of the handicap for smaller districts is we really don’t have the resources to go out and develop our own curriculum, so we rely on others,” Sequim Superintendent Gary Neal told King 5. “We need to go back and see what was presented and how it was presented and make sure it fits into the needs of our community.”

Neal says his school district will convene a working group to review which material is and is not age-appropriate. He expects the task to be completed before the end of the next school year.

This is not the first case in recent months of public schools in the area pushing gender confusion on children. In December, LifeSiteNews reported on Seattle’s Pugent Sound schools making “gender studies” a featured part of their curriculum, including children’s biographies about transgendered figures and “lessons about the range of gender identities” starting as young as kindergarten.

‘Proud to be conservative; proud to be transgender’: CPAC is transitioning

College student booted from class, ordered to apologize for asserting there are only two genders

Parents denied custody of child for refusing support of transgenderism: here’s what you need to know

What’s wrong with the new NIH study on transgender kids?