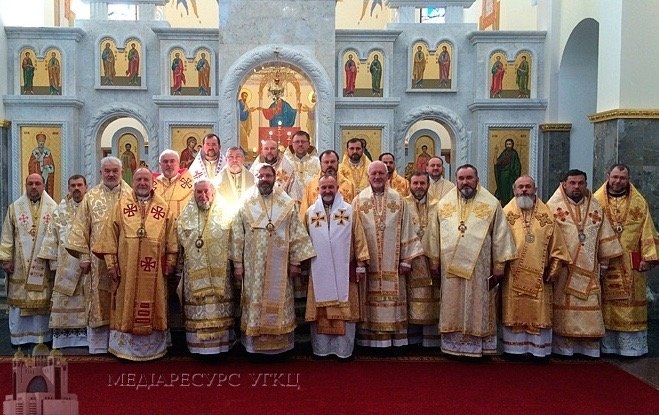 UKRAINE, December 22, 2016 (LifeSiteNews) — Ukraine’s Greek Catholic bishops, who are in full communion with the Holy See, are warning the country’s faithful about the dangers of gender ideology, saying that the imposition of the “destructive” and “anti-human” ideology bears resemblance to how the “godless Soviet regime” imposed atheistic communism on the Ukrainian people in the 20th century.

But unlike communism that was accompanied by “open and bloody persecution,” gender ideology uses “hidden” and often “covert” means that nevertheless has the similar result of “destroying Christian faith and morality, as well as universal human values,” the bishops warn.

The Encyclical, titled “Concerning the Danger of Gender Ideology” was written by Archbishop Sviatoslav Shevchuk on behalf of the Synod of Bishops of the Major Archeparchy of Kiev–Galicia. It was published in English on Dec. 4.

“People are born male and female, and the natural complementarity of the gifts of the two sexes is an extraordinary richness for all of humanity, which gives hope for progress. Promoting vague and undefined ideas of “gender identity” creates a dangerous psychological instability that leads to absurd conflicts between bodily and psychological sexuality, which naturally stems from the physical,” he writes.

Gender theory not only “destroy[s] the concept of family as a community of husband and wife in which children are born and brought up” but it “promotes many forms of sexual identity and behavior that do not at all correspond to human nature.”

“That is why gender theories lead to promiscuity and further demoralization of society. Such a situation leads to disappointment, anger, and the self-destruction of the human race, because its natural foundations and principles are undermined,” writes the archbishop.

Expressing an anthropology based on nature and Divine Revelation, the Archbishop states that contrary to the claims of gender ideology, a “person is called to accept God’s plan for themselves as expressed in their sex—because sex does not depend on human choice—and to embody it in their lives.”

“Human sexuality is, as already mentioned, a natural gift of God and precisely through it we discover the joy of being co-creators,” he writes.

The archbishop said that the ideology is not merely being proposed but is being forcibly imposed with no toleration for dissent on unsuspecting populations.

“Therefore, at its present stage of development, gender theory begins to acquire the characteristics of totalitarian ideology and is similar to those utopian ideologies that in the twentieth century not only promised to create paradise on earth, supposedly building true equality between people, but also tried to forcibly introduce their own way of thinking, eradicating any alternative point of view. The tragic history of the twentieth century has shown us what such ideologies that promise ‘happiness to all humanity’ turn into,” he writes.

He warns that the denial of human nature and natural moral law by gender ideology will inevitably lead to the destruction of the “concept of human identity.”

“Therefore, one can say with conviction that gender theory is destructive and anti-human,” he writes.

The Archbishop warns the Ukrainian people to wake up to the dangers of the ideology.

“Ukrainian society is generally not acquainted with gender theories and this permits gender ideology to be quietly and insidiously imposed upon it. Indeed, the promotion and dissemination of this ideology is carried out covertly on various levels – in legislation, information, education, upbringing…. At the same time, indisputable facts about the dangers of gender ideology for mental and physical health, particularly among children and young people—to say nothing of the undermining of the very fundamentals of human and family life that come with such theories—are deliberately passed over in silence,” he writes.

At the end of the Encyclical, the bishops urge the Ukrainian faithful to “value and protect human dignity in the face of new ideological challenges and threats” posed by gender theories.

They ask the faithful to live chaste lives. They ask parents to live out the faith and pass on a living faith to their children, noting that it is parents who “must lead the child on its path of discovering God’s gift of sexuality in himself or herself, revealing its nature and meaning in a manner appropriate to the age, needs, and depth of the child’s inquiry.”

They ask educators to “defend and disseminate traditional moral values ​​regarding ​​sexuality and the family.”

They ask curriculum designers to prepare material “on the basis of natural and divine law, respectful of the truth, the qualities of the heart, and the moral and spiritual dignity of man, avoiding any propaganda against sexual purity, marital fidelity, and the true identity of the human person.”

They ask pastors to engage in “diligent catechesis of families.”

Finally, they ask government officials and legislators to “not give way to implementing uncertain and untested concepts of human identity or family, or principles of gender education.”

In conclusion the bishops ask everyone to “pray that God help us all to live according to his commandments, trusting in his Divine Providence and not succumbing to the temptations of opposing his will.”

“The Lord, having created human beings as ‘male and female,’ looked at them and said that it was very good (Gen. 1:27,31). May he embrace each person and family in his loving and life-giving gaze, confirm us all in his truth and love, and send down upon all his Fatherly blessing!”