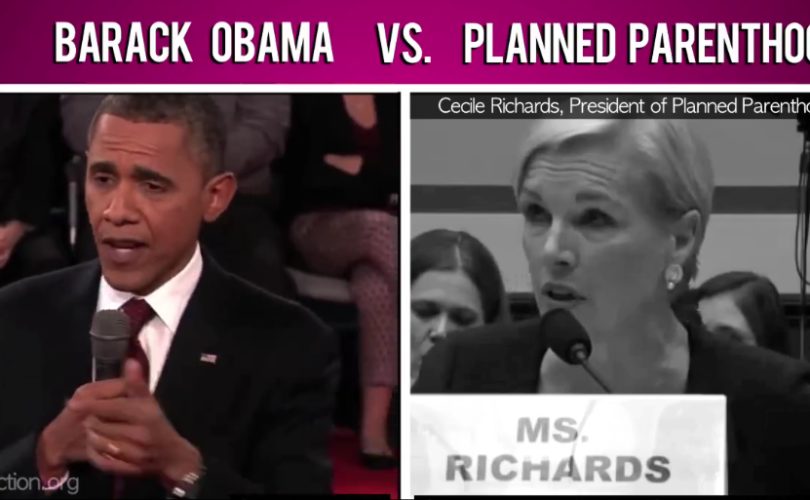 “Too often, way too often, our troops are instead are distracted by trivial matters, trivial matters about what words to use, what terminology is politically correct and what bathroom door to open up,” he told the Republican National Convention in a prime time speech delivered on Monday. “My God, war is not about bathrooms. War is not about political correctness or words that are meaningless.”

Flynn had been floated as a possible vice presidential candidate, but the party’s grassroots objected that the retired Air Force general was a registered Democrat who supported abortion-on-demand and redefining marriage, both positions at odds with the 2016 Republican Party platform.

However, on this issue, he joins the majority of Republicans, as well as an increasingly vocal chorus of veterans who say the president’s transgender policy will harm military readiness.

Defense Secretary Ashton Carter announced the new guidelines on June 30, the last day of LGBT Pride Month. A new 18-page directive requires the military to establish the Service Central Coordination Cell (SCCC) to provide “assistance to commanders with regard to service by transgender Service members and gender transition in the military.”

The service will offer “extended leave” so that soldiers diagnosed with gender dysphoria at least 18 months earlier can transition to their “preferred gender.”

The policy, which is estimated to cost between $4 and $14 million each year, will begin being implemented on October 1.

“Hiring a medical staff to provide ongoing treatment for these people robs precious money better used for treating our war wounded,” he said, calling the policy “the worst waste of Defense dollars ever.”

“At least some number of transgender people require hormone therapy, which requires regular lab tests and also requires refrigeration,” Thornberry told the Heritage Foundation. “If you have those requirements, whatever your situation, you have been non-deployable.”

“There was pressure obviously from the White House to do it, and I worry about having something other than national security drive the train when it comes to our military,” Rep. Thornberry said.

Others questioned how the new policy would affect enrollment in the all-volunteer armed forces.

Ron Crews, a retired colonel who is now executive director of the Chaplain Alliance for Religious Liberty, asked, “Are moms and dads going to be encouraging their young men and women to enter a military where as of last week, according to senior Pentagon officials, there will now be mixed genitalia, as they put it, in military showers, living facilities and the two-person barracks, and bathrooms?”

Even many veterans who have no moral qualms with homosexualty have voiced concerns over the guidelines.

“I support gay marriage,” wrote retired Lt. Col. Ralph Peters, a regular commentator on Fox News. “But my tolerance ends sharply when it comes to national defense. The primary reason we have a government is not to dole out benefits, but to protect us. Anything that reduces our ability to defend our country and its citizens plunges beyond the limits of my tolerance.”

“Why is Obama doing this?” he asked. “Because he can. He and his comrades in the White House politburo employ social engineering to change a country they resent and to neuter the military they distrust. And the president, as commander in chief, can order the military to do what he desires.”

“Through vicious social engineering, the president is disarming freedom’s best hope,” he wrote.