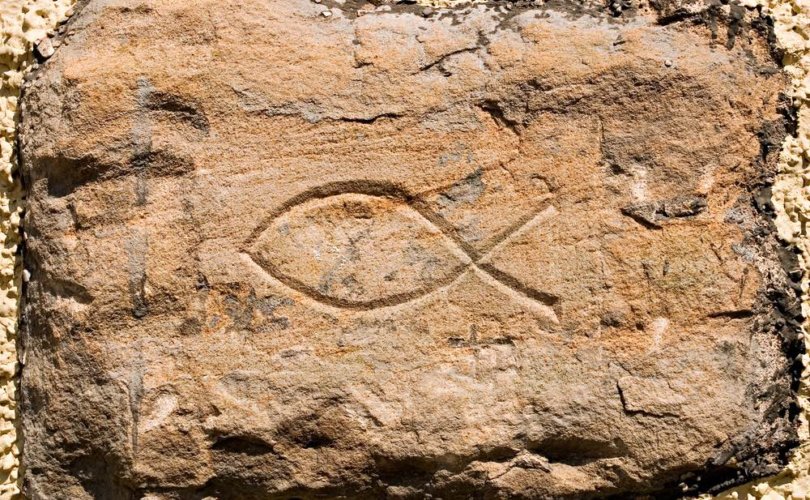 WASHINGTON, D.C., April 5, 2018 (LifeSiteNews) – George Washington University is hosting a training session today with the stated goal of helping students and faculty recognize and mitigate “Christian privilege” in their lives.

The 90-minute event, to be held in the campus’ Multicultural Student Service Center, is titled “Christian Privilege: But Our Founding Fathers Were All Christian, Right?!”

“How do Christians in the USA experience life in an easier way than non-Christians? Even with the separation of Church and State, are there places where Christians have built-in advantages over non-Christians?” the event description asks. “How do we celebrate Christian identities and acknowledge that Christians receive unmerited perks from institutions and systems all across our country?”

It calls on attendees to “reflect upon ways we can live up to our personal and national values that make room for all religious and secular identities on an equal playing field.”

The posting says that participants will leave the workshop equipped to describe “what is meant by privilege overall and white privilege specifically,” recognize the “role of denial when it comes to white privilege,” distinguish between “equality and equity,” identify examples of “Christian privilege,” and list ways to “be an ally with a non-Christian person.”

The Christian Post adds that the workshop was the brainchild of Timothy Kane, the Multicultural Student Service Center’s associate director and GWU’s interim associate director for “inclusion initiatives.” Kane is homosexual himself, and also the president and co-founder of Niche2Norm Consulting, a firm that specializes in “topics of Diversity & Inclusion, as well as Civic Engagement and Community Empowerment.”

According to the College Fix, other workshops hosted by Kane include events on “heterosexual privilege,” “cisgender privilege,” “abled-body privilege,” and “socioeconomic privilege.” Whiteness is a recurring theme in each of them.

Several Christian students at GWU have expressed their disapproval of the event.

The workshop is “completely outrageous,” GWU Knights of Columbus chapter president Cole Perry told Red Alert Politics, in no small part because it “assumes all Christians are white” and “fails to address that there’s diversity among Christian denominations.”

“I think that this seminar is a symptom of a larger issue of elements of Christianity being downplayed on college campuses and in the mainstream media,” GWU student and Campus Reform correspondent Caroline Hakes told Fox News. “We see it, for example, with lack of reporting with Christians being persecuted in the Middle East, and with TV personalities ridiculing Vice President Pence for expressing how his faith informs him in his office.”

The workshop has garnered negative feedback on social media, as well, with many people contrasting the claim of Christian privilege with Christianity’s history of being targeted for persecution. According to Middle East expert Raymond Ibrahim, Christians in Muslim countries are currently the most persecuted religious group in the world:

Self-identified Christians comprise 70% of the United States' population, and American Christians do not experience state-sanctioned violence or widespread intimidation for their faith. However, recent years have seen a rise in cases of Americans facing state coercion and punishment for expressing and practicing their Christianity on issues such as abortion, contraception, and homosexuality.

The U.S. Supreme Court is currently considering the constitutionality of a California law forcing pro-life crisis pregnancy centers to inform women how to obtain abortions. Since 2013, the nuns of the Little Sisters of the Poor have been locked in a legal battle over the Obama Health and Human Services Department’s mandate that employers, including many religious entities, insure contraception and abortifacient drugs. President Donald Trump ended that mandate in October, but a federal judge blocked the Trump order.

Colorado baker Jack Phillips, New Mexico photographers Elaine and Jonathan Huguenin, Oregon bakers Aaron and Melissa Klein, Vermont innkeepers Mary and Jim O'Reilly, and Washington florist Baronelle Stutzman are among the numerous Christian small-business owners who have been sued, fined, or forced out of business for their refusal to provide services to same-sex “weddings.”

Since the event came to light, Campus Reform notes, all references to any training workshops have been removed from the Multicultural Student Services Center’s website, and Kane’s faculty bio now leads to a “Page Not Found” message. However, event registration remains open through GWU’s Excellence in Leadership Seminar feed on the education event management service OrgSync.

Congress chartered George Washington University in 1821 under the name Columbian College, to realize President George Washington’s wish for an educational institution in the nation’s capital. It was founded by Baptist leaders Luther Rice and Obadiah Brown, but is officially nonsectarian. Undergraduate tuition and fees amount to $55,140 per year, with some of those fees financing events such as the “Christian privilege” workshop.

This is not the first time Christianity has been a subject of contention at GWU. In 2013, a pair of seniors campaigned for the firing of Fr. Greg Shaffer from the university’s Newman Center for Catholic students, because he had preached against abortion and homosexuality. Other students rallied to Shaffer’s defense. Shaffer was ultimately able to keep his position, though he left the following year to serve at St. Mary of the Mills in Laurel, Maryland.