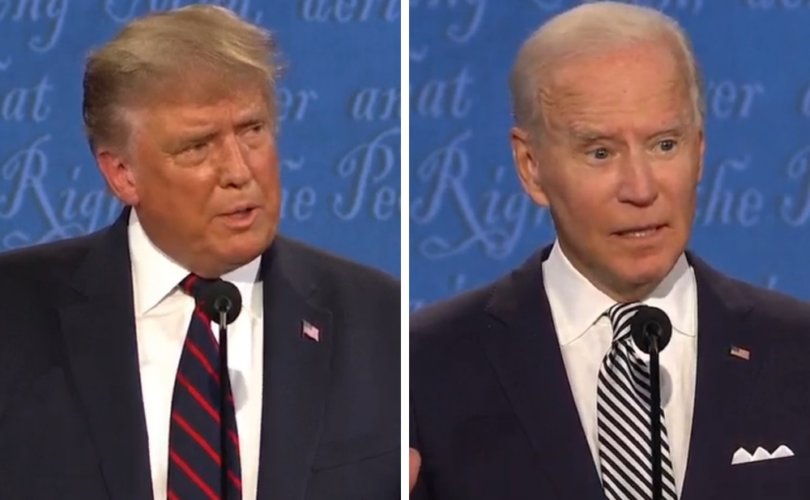 FULTON COUNTY, Georgia, November 4, 2020 (LifeSiteNews) – With the outcome of the presidential election still too unresolved the following day, many eyes are on Georgia, where the final vote tally was delayed by a burst water pipe at a processing center for mail-in ballots, though the chairman of the state Republican Party suggests something more nefarious.

Election officials say the mishap at State Farm arena did not damage any ballots in the room, but the two hours it took to repair the pipe delayed the counting just the same, the Atlanta Journal Constitution reports.

“As of 5 p.m., Fulton had scanned 86,191 of the 130,517 absentee-by-mail ballots received, which doesn’t include the ballots received in today’s mail, said Ralph Jones, a top Fulton elections manager,” the paper reports. “They planned to stop scanning absentee ballots at 10:30 p.m. and pick it up back in the morning. No official could explain before press time why Fulton was stopping its count of absentee ballots at that time, only saying that was the procedure.”

Georgia Secretary of State Brad Raffensperger assured residents Wednesday morning that “every legal vote in Georgia will count,” estimating that there were approximately 200,000 votes left to be counted.

However, Georgia GOP Chairman David Shafer took to Twitter to relay reports that Republican poll watchers ran into unspecified “problems” with being allowed to observe at various polling places, and that Fulton County actually resumed counting ballots in secret after observers were sent home for the evening:

At the @GaRepublicans State Headquarters monitoring reports from county tabulation centers. Problems with Republican and other public observers being allowed to view tabulation and canvass.

Today in Fulton County, they are operating a fork lift between the place the ballot scanners are located and the area our observers have been instructed to stand.

RealClearPolitics currently has President Donald Trump leading former Vice President Joe Biden by 50.2% to 48.5% for Georgia’s 16 electoral votes, by a margin of 81,582. Raffensperger reportedly told NBC News he did not expect the outstanding votes to change the outcome.

“I was amazed that Georgia was not called last night,” said pollster Matt Towery, chairman of Georgia news outlet Inside Advantage. “There are not enough votes available to bring this race much closer or to create a contested situation. There was no Democratic wave in Georgia, despite what most pollsters and the national media had trumpeted.”

“Why the networks and media are playing around when there are not enough numbers to change the status of the winner is baffling,” Towery continued. “President Donald Trump has won Georgia with basically the exact polling number that InsiderAdvantage provided exclusively to Fox5Atlanta WAGA-TV on Monday. Case closed.”