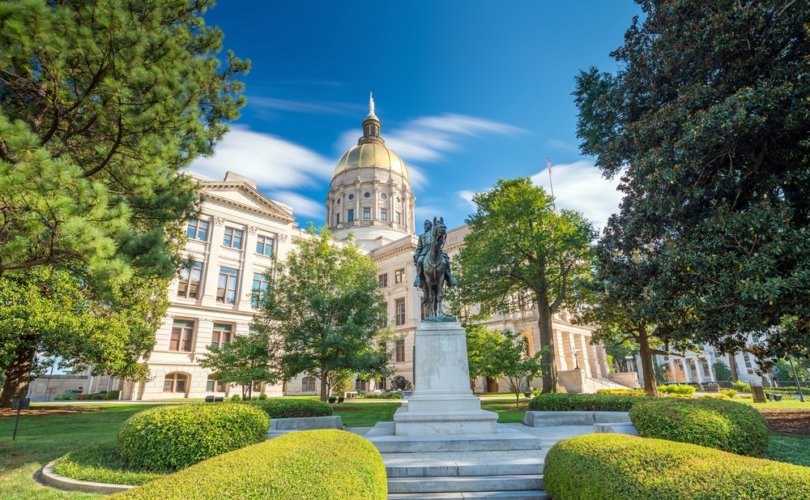 ATLANTA (LifeSiteNews) — Lawmakers in Georgia introduced a measure on Tuesday to prohibit discussion of sexuality and gender identity in private school classrooms for primary school children, mirroring a similar law passed by the Florida Senate on the same day.

Co-sponsored by 10 Republican state senators, the measure, called the Common Humanity in Private Education Act, states that “no private or nonpublic school or program … shall promote, compel, or encourage classroom discussion of sexual orientation or gender identity in primary grade levels or in a manner that is not appropriate for the age and developmental stage of the student.”

According to co-sponsor Sen. Burt Jones, “No teacher should be promoting gender identity discussions with small children in a classroom setting — which is exactly what this bill says and why I support it.”

This week, a group of lawmakers introduced the “Common Humanity in Private Education Act” to the Georgia Senate.https://t.co/9zzrDPOsgO

Aimed primarily at deterring “developmentally inappropriate classroom discussion of gender identity and sexual orientation” for young students in private schools, the legislation would also prohibit the integration of Critical Race Theory ideology (CRT) in curricula, or any form of instruction which would compel “students to adopt language and attitudes that promote racial division and discrimination.”

Both critics and proponents of the measure have compared it to Florida’s Parental Rights in Education act, which has been dubbed the “Don’t Say Gay” bill by critics who have inaccurately asserted the proposal would prohibit use of the word “gay.”

Florida’s proposed legislation was passed in a 22-17 vote by the state’s GOP-led Senate on Tuesday, and now awaits the signature of Gov. Ron DeSantis, who has strongly signaled his support for the measure.

It’s unclear whether Georgia’s Republican lawmakers will broaden or amend their proposal in future.

Georgia’s bill banning sexual ideology in private school classrooms is not expected to make it out of committee during this legislative session after a late start, but is likely to reappear later this year.