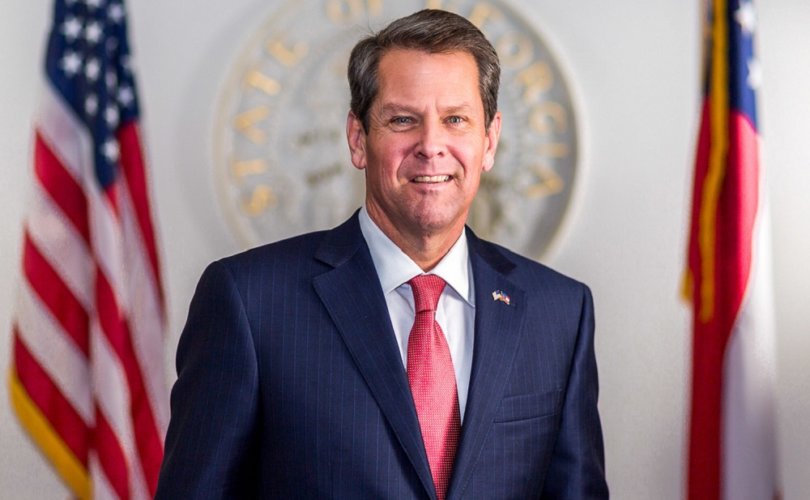 ATLANTA, Georgia, December 2, 2019 (LifeSiteNews) – Replacing a retiring Republican senator with a lawmaker of similar values should be a routine matter, but controversy has erupted in Georgia over Republican Gov. Brian Kemp’s expected decision to replace Sen. Johnny Isakson with financial executive Kelly Loeffler, whose conservatism has been called into question from multiple corners.

Isakson announced in August he would be retiring at the end of the year due to “mounting health challenges” stemming from Parkinson’s disease and surgery to remove a growth on his kidney. Many, including the Trump administration, requested that Kemp appoint four-term Republican Rep. Doug Collins, a staunch supporter of the president, to replace him.

But Kemp is instead expected to announce this week that he is appointing Loeffler, who runs the bitcoin trading platform Bakkt and co-owns the Atlanta Dream franchise of the Women's National Basketball Association. She would be Georgia’s second-ever female senator, and her personal wealth would be an asset in next year’s special election for the seat.

The news hasn’t sat well with President Donald Trump or his supporters such as Rep. Matt Gaetz (R-FL), who believe the seat should go to a more proven Trump ally and conservative. Kemp has not commented on Loeffler, but has dismissed any concerns about the quality of his choice:

I stand with hardworking Georgians and @POTUS. The idea that I would appoint someone to the U.S. Senate that is NOT pro-life, pro-2nd Amendment, pro-freedom, and 100% supportive of our President (and his plan to Keep America Great) is ridiculous. (1 of 2) #gapol

The attacks and games are absolutely absurd. Frankly, I could care less what the political establishment thinks. Happy Thanksgiving! More information after the holiday! (2 of 2) #gapol

However, while some have tried to dismiss the controversy as merely about wanting a Trump sycophant in the seat, several pro-life leaders warn of red flags entirely unrelated to the president, namely Loeffler’s business ties to the abortion industry and the pro-abortion cause:

Thread re: reports Kelly Loeffler may be appointed to the Senate seat vacated by Georgia Senator Johnny Isakson.

Emory's pro-abortion credentials are well-established. They provided a hospitable home to CDC's top abortion advocate, Willard Cates, and to Peter and Judith Bourne, whose campaign against Georgia's pro-life law led to the Doe v. Bolton companion ruling to Roe in 1973. [3/7]

Three of the 5 abortionists are named plaintiffs in the current lawsuit that enjoined Georgia’s #ProLife bill this past October. [5/7]

Loeffler is also co-owner of the Atlanta Dream of the Women's National Basketball Association. In 2018, the WNBA donated a portion of ticket sales to abortion business Planned Parenthood. [7/7]

Loeffler “has donated thousands of dollars to liberal and pro-abortion Democrats,” March for Life Action president Tom McClusky told the Washington Examiner. “It would be hugely disappointing if Governor Kemp appoints her to a critical seat in the U.S. Senate.” The Loeffler camp declined to comment to the Examiner.

Regardless, the stage is set for another contentious Senate battle within the GOP, as Rep. Collins has said he is “strongly” considering running in next year’s special election anyway. That election will put every candidate on a single ballot regardless of party, meaning there is potential for Democrats to seize on a divided Republican electorate if Kemp goes through with appointing Loeffler, and if Loeffler lives up to her skeptics’ worst fears.

In May 2019, Gov. Kemp signed a bill banning abortions on most babies with beating hearts. A judge has temporarily blocked it from going into effect.