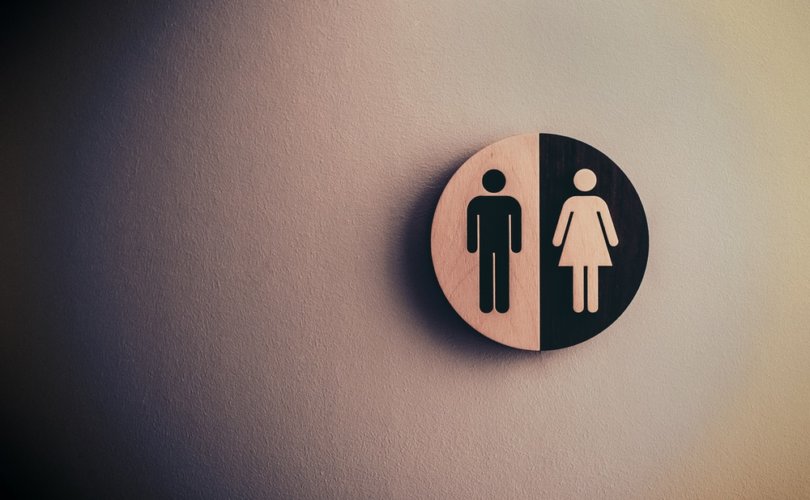 PICKENS COUNTY, October 16, 2019 (LifeSiteNews) — The Pickens County School District in Georgia announced this week it will delay implementation of a plan to let gender-confused students use bathrooms meant for the opposite sex, following a massive turnout of angered parents before the school board.

Previously, Pickens County allowed “transgender” students to simply use single-occupancy restrooms. But following demands for full access to opposite-sex restrooms, the district announced Monday it would be following recent court rulings that “establish the right of a transgender student to use the restroom which the student identifies with,” the Atlanta Journal-Constitution reports.

The news didn’t sit well with area parents, hundreds of whom attended a board meeting that night to make their displeasure known.

“Most people won’t say anything because they fear retaliation,” said Nathan Barfield, who testified that his two children were uncomfortable with the new rules. “Accommodations have already been made for transgender students. This is nothing but a political stunt to gain attention!” His declaration reportedly received “thunderous” affirmation from the audience.

“Once you give into this, you’ll open the floodgates,” testified Lisa Ray, another parent.

Some LGBT former students also testified in support of the accommodation, with one claiming that “too many LGBTQ youth avoid using the bathroom at all at school, to the detriment of their health.” These did not win over the many in attendance who felt that the school was disregarding the rights of non-trans students.

The school district insists that school staff “monitors all restrooms during class changes; we are asking the staff to be even more diligent in their duties to ensure that … safety concerns do not materialize.” However, bowing to pressure, Superintendent Carlton Wilson said the district was delaying implementation of transgender bathrooms, pending further discussion by the board.

Conservatives argue that forcing children and teens to share intimate facilities with members of the opposite sex violates their privacy rights, subjects them to needless emotional stress, and gives potential male predators a viable pretext to enter female bathrooms or lockers.

In May, the U.S. Supreme Court declined to hear a case challenging a Pennsylvania school district’s transgender locker room policy. Last month, the Gloucester County School District in Virginia announced it would appeal a suit forcing it to implement transgender bathrooms to the 4th U.S. Circuit Court of Appeals.