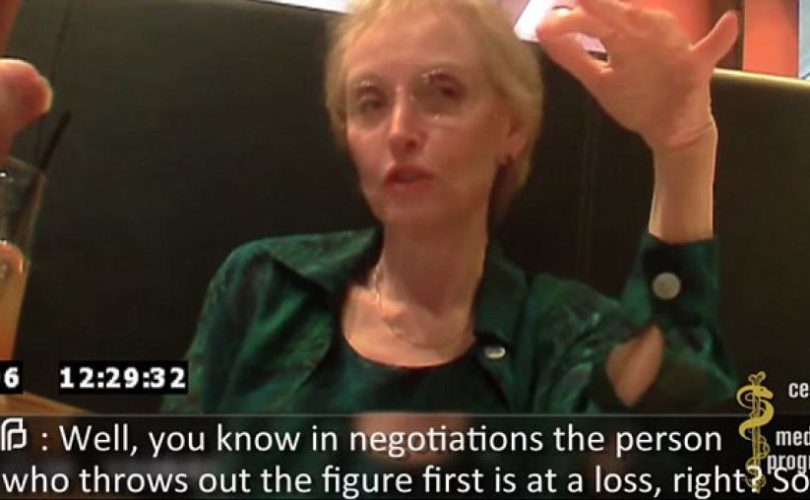 ATLANTA, August 25, 2015 (LifeSiteNews) — The series of videos released by the Center for Medical Progress has provoked public backlash, inspired numerous federal and state criminal investigations, and sparked a national movement to defund Planned Parenthood. Now, it has moved a Georgia legislator to close legal loopholes that could allow abortion providers to reenact one of those gruesome scenes in the Peach State.

State Rep. Wendell Willard, R-Sandy Springs, says he will introduce a bill to formally ban the sale or purchase of aborted babies' organs or tissue.

Williard says that officials currently “don’t allow that in Georgia, but, I began researching the law. In fact, we do have a means of that happening.”

He believes that, since no law formally forbids the practice, it may one day become legal. He wants to prevent that possibility at once.

His bill would make the sale or purchase of fetal organs a state felony carrying a five-year term if any money changes hands.

“I take seriously our charge to protect the dignity of human life, and we will see to it that those who would engage in such a barbaric trade will face the full force of justice in our state,” State Rep. Willard said.

Current state law requires that all unborn babies' remains be buried or cremated. However, Willard found that another state law (O.C.G.A 16-12-160) says that money may change hands if such remains are used for research purposes.

Planned Parenthood Southeast says it does not have any such program in Georgia, Mississippi, or Alabama.

“It's our interpretation of Georgia code 16-12-141.1 that fetal tissue donation is disallowed due to the requirements for disposal,” Staci Fox, president and CEO of Planned Parenthood Southeast, told Fox 5. “We follow the law.”

The state Department of Public Health said its investigation found no evidence of fetal organ trafficking in Georgia.

But Willard says there's still a need for a new law. “We just want to say, let's be sure we plug the loophole,” Willard told local television, “so you cannot be receiving compensation for it.”

His bill would allow the donation of fetal organs and tissue for research purposes, provided no money changes hands.

The bill, which Willard plans to introduce when the legislature resumes session in January, will also require women considering an abortion to receive information and counseling.

“We want to have the counseling of this person not be tainted by someone who wants to encourage her to do the abortion as a means of them having the opportunity to sell the fetus,” State Rep. Willard said.