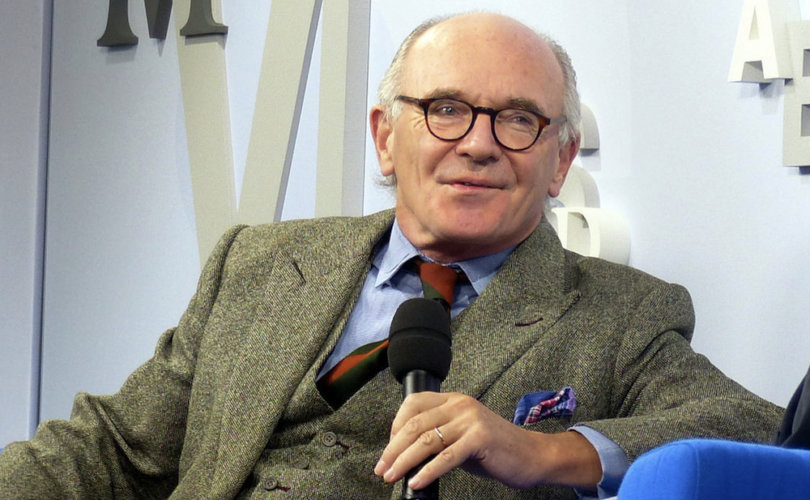 January 23, 2016 (LifeSiteNews) — The dubia are a “fearless” action of the four Cardinals and the faithful have a “moral right” to an answer, an acclaimed German Catholic writer said in an interview with LifeSiteNews.

Martin Mosebach’s book, Heresy of Formlessness, The Roman Liturgy and Its Enemy, deals with the liturgical reforms in the Catholic Church after the Second Vatican Council and their devastating effects.

Mosebach has written novels, stories, poems, and theater and radio plays. The German Academy for Language and Literature praised him for “combining stylistic splendor with original storytelling that demonstrates a humorous awareness of history.” He is considered one of the greatest novelists in Germany since World War II.

LifeSiteNews recently spoke with Mosebach about the dubia issued by the four Cardinals to Pope Francis regarding his controversial Apostolic Exhortation Amoris Laetitia.

LifeSiteNews: Mr. Mosebach, do you know any of the Cardinals who signed the dubia?

Martin Mosebach: I have met three of them on several occasions. Without doubt, the four Cardinals are a kind of elite within the College of Cardinals. Three of them have been longtime diocesan bishops who have defended the Church fearlessly in the most perilous states. Cardinal Brandmüller is a brilliant historian who leans towards a skeptical view which enables him to see the current situation as much from a distance as the past, a gift that is rare among his colleagues.

LifeSiteNews: The Cardinals are called names such as “schismatics” or “renegades.” What is your opinion?

Mosebach: Strangely, the reproaches came from the Curia, which once was known for its careful “curial” style. Apparently, we have to wave even this precious tradition goodbye.

LifeSiteNews: Is the strategy of the dubia the right way to clarify uncertainties?

Mosebach: Dubia means doubts, but I see them more as an act of desperation. What are the faithful supposed to do when their shepherds deny an explanation of an important matter? Think about Jesus and the parable of the woman who pestered the unjust judge so much that he finally did say his sentence because he was afraid to be struck by her. The Cardinals will not go that far, but it becomes more and more clear in the Church that the faithful have a moral right to an answer, whatever it may be.

LifeSiteNews: The answer to the questions should not be difficult for a Catholic – why does Pope Francis not answer?

Mosebach: I would not like to enter the realm of speculation since the Holy Father seems to have an erratic personality with a “wondrous will.” Because of it, though, he triggers speculations even by his silence, which implies that he gives in to the Zeitgeist at the cost of the Church, while in the meantime he can refrain from going expressly against Church tradition so that everybody can take out of his words whatever he finds suitable.

LifeSiteNews: The Church in Germany is often very “selective” with the reception of directives from Rome. Will the dubia even have an effect there?

Mosebach: That is the cause for the dramatic state of the current situation: for the Canadian and the Philippine conferences of bishops, as well as for many other bishops in Germany, there exist no dubia about how to interpret Amoris Laetitia. They explain that the Papal document generally does away with any restrictions regarding admission to the sacraments. In the face of this seemingly omnipresent interpretation, which claims simply an unambiguity of the letter, the four Cardinals’ presentation of the dubia as questions seems extraordinarily respectful and domesticated since they allow for other interpretations.

LifeSiteNews: What do you expect from the “fraternal correction” that was announced by Cardinal Burke?

Mosebach: I do not know if this Pope has the eminence of his predecessor, Pius XI, who had the guts to write, “Il Papa ha sbagliato” (“The Pope has erred”), when he was called out on an error. But if Pope Francis — as seems likely — should try to ignore the dubia continuously, then this will not end without damaging his authority. The result would at least be that the highest Magisterium of the Church does not know how to express itself clearly and is not able to answer uncertainties and do away with doubts. Then it may become clearer that no man — as genius as he might be — is up to the Papacy if he does not submit to tradition.