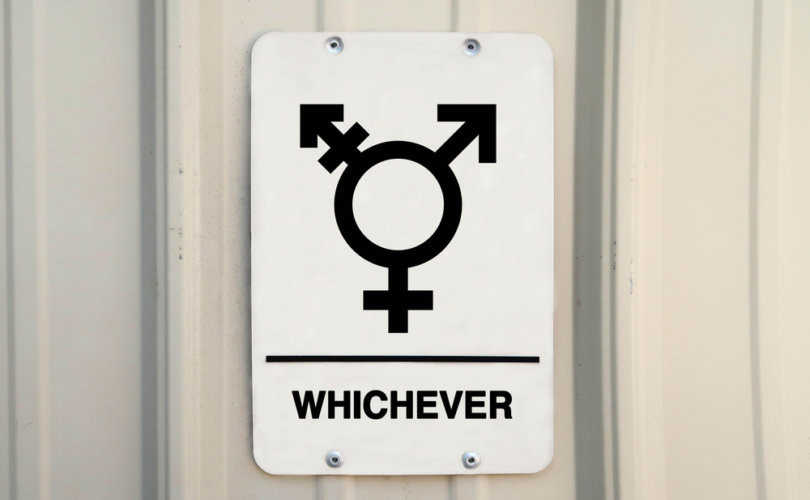 March 10, 2021 (LifeSiteNews) — A new bill proposed by the German government would allow gender-confused children as young as 14 to change their first name and documented gender on government records, regardless of their parents’ wishes.

The legislation, which was drafted by the Interior Ministry (led by a Christian Democrat) and Justice Ministry (led by a Social Democrat), seeks to overhaul Germany’s documentation requirements, enabling courts to modify gender entries based on a single “expert opinion.” Current — already radically pro-LGBT — German law requires a double assessment.

The rule shift would apply to gender dysphoric minors who try to change their records, with courts deciding “the best interests of the child” in the event of parental pushback.

The kind of “expert opinion” that German courts could use to usurp parents’ authority may not even need to come from medical professionals, the bill indicates.

“If the person is a minor in proceedings … the court will collect the expert opinion of a person who, due to their training and professional experience, is sufficiently familiar with the specifics of transsexualism,” it reads.

“According to the wording, the person does not have to be trained as a specialist or psychotherapist, so the advice certificate could also be issued by a trans organization,” International Family News said.

More than 19,000 people have signed a petition launched by Demo Für Alle, a leading German pro-family group, to stop the legislation from moving forward.

“The Federal Government is adopting the radical, unscientific thesis of gender ideology, according to which gender is purely subjective and cannot be scientifically verified. Sex is de facto abolished,” Demo Für Alle said, slamming the bill as a “trap for children.”

Germany’s proposal to allow adolescents to “change” their gender comes just three months after a senior English court largely banned “gender transition” drugs for minors under 16, citing their inability to give meaningful consent.

The high court pointed to risks of “loss of fertility” and “unknown physical consequences” linked to transgender hormone drugs, calling puberty disruption “a pathway to much greater medical interventions.”

Medical experts have similarly denounced the effects of transgenderism on minors, warning of permanent physical and mental damage. According to Dr. Michael Laidlaw, an endocrinologist trained at the University of Southern California, “lost years of bone development cannot be regained” by children given puberty-blockers.

Their “bone, brain, pelvic, and psychiatric development… may never fully occur,” he added.

The suppression of natural hormones during puberty also leaves adolescents “infertile without any possibility of having genetic offspring in the future,” the American College of Pediatrics (ACP) has said.

Moreover, “80 percent to 95 percent of pre-pubertal children with [gender dysphoria] will experience resolution by late adolescence if not exposed to social affirmation and medical intervention,” ACP noted. As many as 100% of the same children would go on to pursue mutilating transgender surgeries if affirmed in their gender dysphoria.

“Biological sex is not assigned,” Dr. Michelle Cretella, the head of ACP, wrote in an article for LifeSiteNews. “Sex is determined at conception by our DNA and is stamped into every cell of our bodies.” “The active promotion of transgenderism has resulted in massive uncontrolled and unconsented experimentation upon children and adolescents,” she continued.

In Germany, Christian Democrats under Chancellor Angela Merkel have run the federal government since 2005. Nevertheless, homosexual “marriage” was introduced in 2017, even though it could have been blocked by Merkel and her allies.