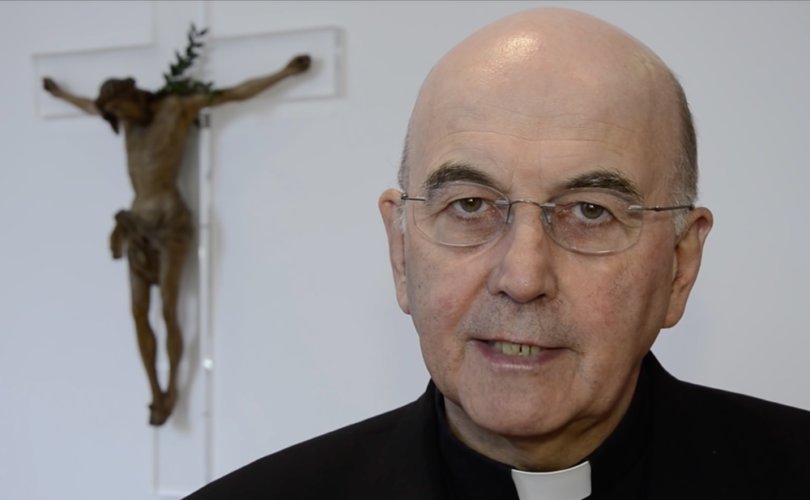 FULDA, Germany, October 2, 2018 (LifeSiteNews) – A German bishop has expressed dislike for “pre-conciliar types of clerics,” stating that he will not ordain them.

Bishop Felix Genn of Münster made his views clear to journalists at a September 26 press conference in Fulda, Germany where he spoke about the upcoming Youth Synod in Rome.

“I can decidedly say I don’t care for pre-conciliar types of clerics, and also I will not consecrate them,” he said.

Genn, who has been implicated in the dissemination of LGBT literature to young people, will himself be taking part in the Youth Synod, which begins tomorrow.

His remarks appeared to be a response to Paul Metzlaff, a representative from the German bishops’ Youth Ministry Office, who had remarked on the love of some young Catholics for more traditional forms of worship and prayer.

“In Germany we didn't even have it on our radar that young people would subscribe also to these Forms,” Metzlaff said.

Austrian-American Benedict Waldstein, 30, told LifeSiteNews that he was curious about Metzlaff’s remarks.

“It would be really interesting to hear what Metzlaff had to say because in what is quoted he talks about American youth, but he may well have found out that there are also such people in Germany that hadn’t been on his radar, though clearly they had been on the bishop’s.”

Jutta Maria Popp, who resides in the neighboring diocese of Essen, took issue with the Bishop of Münster’s attitude.

“Genn is par for the course for official German Catholicism,” she told LifeSiteNews. “They are deeply opposed to anything really Catholic. Their church was founded in 1965.”

“They try and stop the [traditional] Latin Mass as much as they can, so what Genn says is typical and honest,” she continued. “Most bishops won't even allow priests to say the Traditional Latin Mass, or hire the Priestly Fraternity of Saint Peter (FSSP) priests, although the FSSP seminary is full to bursting, and the diocesan seminaries are empty.”