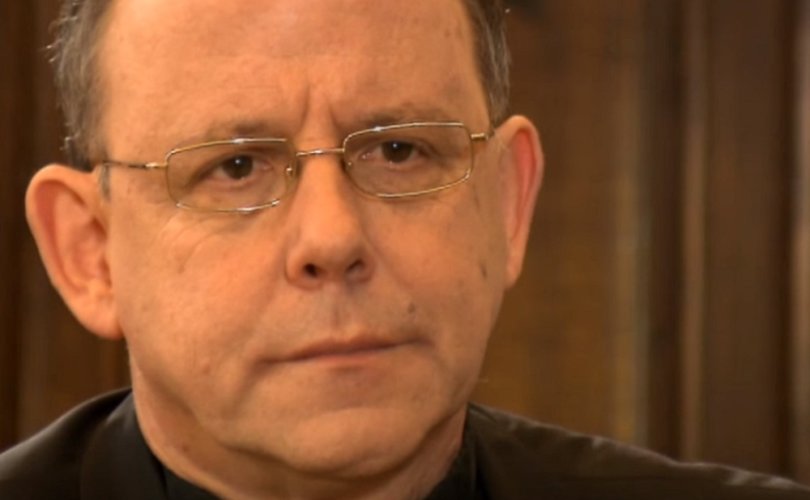 May 17, 2019 (LifeSiteNews) — Speaking to journalists on 16 May at an annual press meeting of his diocese of Erfurt, German bishop Ulrich Neymeyr made some stunning remarks with regard to female priests. He said female priests in the Catholic Church are theologically conceivable, adding that “some things” still need to be “reflected upon.” For example, he explained, “what does representation [of Christ] mean? How far does it go? And does it need to be related to [biological] sex?”

In Germany, he added, there might already be a majority of people who can imagine female ordination. “I, too,” he stated.

However, the prelate, whom Pope Francis appointed Bishop of Erfurt in 2014, explained, with regard to this question, the Catholic Church in Germany is integrated into the Universal Church. Neymeyr, formerly the auxiliary bishop of Cardinal Karl Lehmann in Mainz, explained that in some parts of the world — for example, Eastern Europe — female priests are “still absolutely inconceivable.” The integration of Germany into the Universal Church — which Catholics in then-communist East Germany perceived as an anchor outside the dictatorship — might be “perhaps more a shackle” in this regard, he added.

In 1994, Pope St. John Paul II taught authoritatively that the question of women’s ordination is not open for discussion in the Church. In Ordinatio Sacerdotalis, the pope wrote:

The Catholic Church holds that women’s ordination is an ontological impossibility because being male is essential to being a priest and to the priest’s ability to act in persona Christi (in the person of Christ). Jesus was a male and ordained only males to the priesthood. The Catechism of the Catholic Church also teaches that only a baptized man can validly receive sacred ordination (CCC 1577).

With regard to married priests, the German prelate said he is in favor of ordaining married pastoral assistants and deacons. “They have learned to reconcile the challenges of a pastoral profession with family life, which is very demanding.” With regard to the ordination of married men, Neymeyr said: “If it were permitted, I would do it.”

Bishop Neymeyr also showed appreciation for women’s protest against the sex abuse crisis and the ban on female ordination in the Catholic Church taking place this week. At the same time, he objected, it is not “appropriate” to decline to go to Mass out of protest. There are other ways, the bishop said, to “find an audience.”

Next to Bishop Neymeyr, Bishop Benno Elbs of Feldkirch (Austria) also raised his voice in favor of married priests. Speaking with an Austrian radio station, he said that while celibacy is important, “it is also important to consider whether or not the viri probati [morally proven married men] are not the proper solution for certain regions.” Here, he pointed to the lack of priests in the Amazon region. Elbs referred to the 2017 interview given by Pope Francis in Germany, in which he opened up the discussion on the possibility of ordaining married men in the West.

He himself hopes the Vatican commission on female deacons — whose “midterm report” has already been produced — will resume its work and even claims that Pope Francis hopes the final report will encourage the ordination of female deacons.

Elbs was a participant at the 2015 Synod on the Family in Rome.

A similar comment came from Bishop Franz-Josef Bode, the vice president of the German Bishops’ Conference. Recently, he stated: “I also assume that the door concerning the [female] diaconate is still open, after the statements of the pope.”