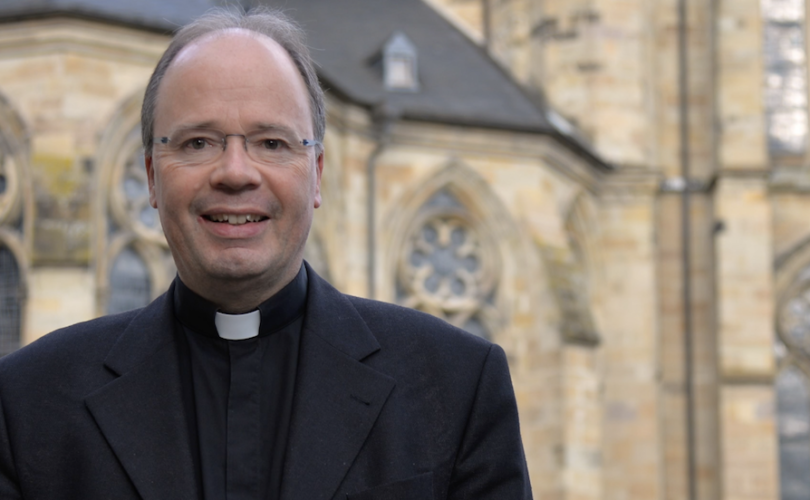 September 12, 2018 (LifeSiteNews) — A German bishop known for his liberal views blasted German media as “irresponsible” for leaking an explosive report on clerical sex abuse before the bishops themselves saw it.

The bishop of Trier, Ackermann is identified with the liberal wing of the German church, which notably has pushed for Communion for non-Catholic spouses and for the divorced and remarried. In 2015, Ackermann expressed sympathy for a more open approach to homosexuality in the Catholic Church.

The leaked report of the sexual abuse commission funded by the German Bishops' Conference documents allegations of sexual abuse of “3,677 mostly male minors” by 1,670 clergymen, with the majority of victims boys under 14 years of age, LifeSiteNews reported today.

The report also found many abusing priests were simply transferred to other parishes and that only one-third of them were ever investigated by the Church.

Cardinal Reinhard Marx planned to present to the bishops and the public at the bishops’ fall assembly September 25, but two major German media outlets – Der Spiegel and Die Zeit – leaked the report Wednesday.

Marx himself came under fire in 2016 for alleged negligence as bishop of Trier a decade earlier in a case of a priest accused of sexual abuse.

Ackerman condemned the leak as “regrettable” because German bishops themselves had not seen the report, and especially because the German Bishops’ Conference had planned to set up a hotline for abuse victims to coincide with the report’s official release.

“As planned, we will discuss the study and its consequences at the fall assembly of the German Bishops' Conference on 25 September,” Ackermann said, adding the bishops, together with the team of researchers, planned to present the study to the public on that day.

The leaked information about the so-called “MHG Study” is causing a great stir in Germany, since it finally brings to light the murky history of the German bishops’ handling of abuse cases.

And, as expected, their conduct is similar to many bishops in the U.S.: cover-ups and moving priests into another parish.

As Der Spiegel reports, the study, which had been conducted by a team stemming from three German universities (Mannheim, Heidelberg, and Gießen) in the name of the German Bishops' Conference under Cardinal Marx, looked into abuse cases from 1946 until 2014. The study states that there were counted “3,677 mostly male minors as victims of sexual abuse.”

Reporter Evelyn Finger of the German newspaper Die Zeit comments that the given numbers of abuse cases in the report is the lowest possible number.

“That is to say,” explains Finger, “behind the most important numbers which have been listed here, there stands the invisible ‘at least’.” “The truth is much worse,” she later adds.

The research team of seven researchers and additional helpers investigated 38,000 personnel and other files and conducted many interviews over the course of four and a half years.

The mission as given by the German bishops was to find out the extent of sexual abuse in the Catholic Church in Germany and to discern which conditions encouraged such misconduct.

The 350-page final report which was funded, according to Die Zeit, with 1.2 million euros, now presents the results of research conducted in all 27 German dioceses.

As Die Zeit points out, “one fundamental problem remains: the dependency of the results upon the bishops.”

That was the original problem of the project, according to Finger, who writes that Professor Christian Pfeiffer, a criminologist of Hannover, who had first started this study, found the conditions of research professionally unacceptable.

Finger points out that the German bishops tried to tighten up the original contract with Pfeiffer, who reacted against their attempt at having control over the findings of his research.

The bishops even tried to gain the right to forbid the publication of the research, should there arise “a serious reason.” Pfeiffer also criticized the “destruction of files” and the “resistance” on the part of the Church against an “independent analysis of the files by former judges and attorneys.”