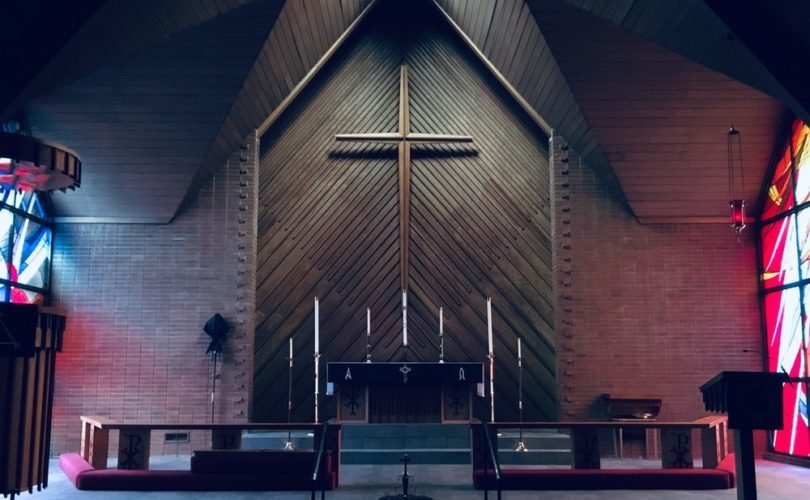 Evangelical Lutheran Bishop Ralf Meister of Hanover recently said, “Many no longer ask if someone is a Protestant or a Catholic, but only if he is a Christian,” while suggesting that parishes could be created that would house Catholics and Lutherans under the same roof.

Catholic Bishop Wilmer of Hildesheim welcomed the idea, saying, “I strongly believe that there is much greater connection than separation between the two main German churches.”

According to the Lutheran news agency EPD, Bishop Wilmer said, “As Christians, we are all called to testify and preach the Gospel.”

He added, “How we can walk together in pastoral care is a fitting and important question for the future. We will certainly continue to deal with this in ecumenism.”

Lutheran Bishop Meister suggested that a project for the two churches might reach “up to the establishment of purely ecumenical congregations.” That may be a distant goal, Meister said, “but you can still express it.”

As far as the reality of merging congregations is concerned, Meister said he did not know how they would be constituted: “We are just not that far along and have our differences, for example with the last supper [Abendmahl].”

Bishop Wilmer has been among the German bishops advocating for modifying the rules concerning a celibate priesthood, thus calling into question the longstanding tradition of priestly celibacy in the Church’s Latin rite.

He told the Hannoversche Allgemeine Zeitung in 2018, for example, that the future may see “other forms of [priestly] life that we already have today, for example with married Protestant pastors who convert to the Catholic Church.”

Celibacy “could develop more radiant power if certain groups of people were exempted from it,” he said.

Wilmer is apparently excited about the German Church’s current “synodal path” for reform. Wilmer was appointed to his diocese by Pope Francis and assumed the see in 2018.

Regarding the “ordination” of women to the priesthood, Wilmer is of an open mind, telling the official German Catholic news service: “I am very keen to engage in an open discussion and am excited to see which ways the Holy Spirit will lead us.”

He sees a need for reform to the discipline of celibacy in the priesthood, arguing that many priests are lonely.

Wilmer said in 2019 that he hopes that the current synodal path among German bishops will introduce a “a new way of thinking in the church,” even while he recognizes changes may take time: “It may take longer than some people would like, but I'm confident.”

Wilmer became known internationally when he said in an interview with daily Kölner Stadt-Anzeiger with reference to the sexual abuse crisis: “I think the abuse of power is in the DNA of the church.”

Deep reform of the Church is needed, Wilmer said, while suggesting that a new theology may be necessary: Catholics, he said, should say “goodbye” to the claim that “the Church in herself is pure and immaculate.”

“So far, however, we have had no idea what consequences this must have for theology.”

He told the newspaper that Catholics must understand that their “holy church” is “also a sinful church.” Suggesting that there are “structures of evil” in the Church, in addition to sinful individuals, he said that control over power within the Church is needed.

“We need separation of powers.”

An inspiration for Wilmer’s thinking is 79-year-old former Catholic priest Eugen Drewermann. He is the author of Kleriker: Psychogramm eines Ideals (Clergy: Psychogram of an ideal), which questioned the very idea of a celibate clergy. The bishop said of his inspiration: “Eugen Drewermann is a prophet of our time who is misunderstood by the Church.”

Following a lengthy debate with German bishops over his controversial books and statements, Drewerman was banned from preaching, and also barred from teaching at the Catholic seminary at Paderborn in the 1990s. Then-Cardinal Joseph Ratzinger wrote a letter at the time to Drewermann’s bishop to express concern over the controversial author, who was eventually suspended from the priesthood. In 2005, he announced on a television program that he was leaving the Catholic Church.

Maike Hickson contributed to this report.