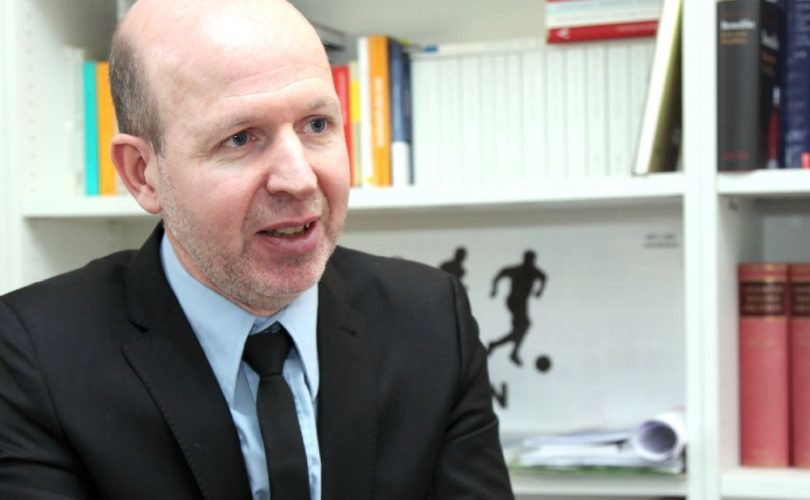 August 27, 2015 (LifeSiteNews) — On August 25, Katholisch.de, the official website of the German Bishops' Conference, published an interview with the German moral theologian Stephan Goertz concerning his new book, Who Am I to Judge? Homosexuality and the Catholic Church.

In the interview, Goertz makes the claim that homosexuality should no longer be condemned because the times have changed. In biblical times, says the theologian, “procreation was the first God-given purpose of sexuality.” At that time, “sexuality had as its first purpose to secure the survival of the people”; however, “that is obviously not any more our situation, and that is since the [Second Vatican] Council also not any more our moral teaching on sexuality.”

For Goertz, homosexual partnerships should thus be respected “and not discriminated against and criminalized.” With a view toward the upcoming Synod on the Family in Rome, he hopes that “the old condemnations of homosexual acts be left behind.”

Homosexual relationships, per Goertz, should be altogether respected. He concludes:

One could ask oneself whether a loyal homosexual loving relationship – one which understands itself as a partnership within the frame of the belief in the God of Israel and of Jesus – could not even have a sacramental character. Homosexual partnerships could thereby find an ecclesiastical approval.

Catholic commentator Mathias von Gersdorff immediately responded to this claim on his own website, taking note that Goertz's words had been published without any criticism by the German Bishops' Conference. Von Gersdorff made the following comment:

When even the Church's clear teaching concerning the Sacraments is thus put into question, then one has to ask why these theologians do not better start a new religion. At least these theologians should tell the faithful clearly and unambiguously that they strive for a radical change of the Catholic teaching on essential points.