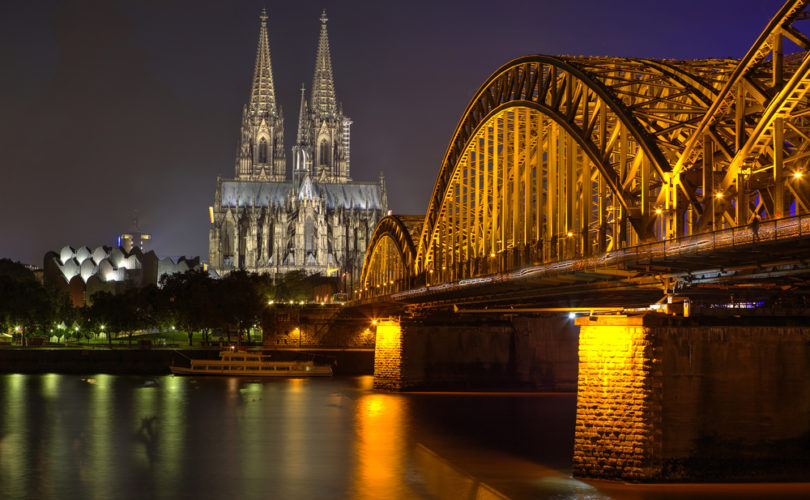 WURZBURG, Germany, May 6, 2015 (LifeSiteNews.com) — On April 27 in Würzburg, the German bishops approved with more than a two-thirds majority a reform of the Catholic Church's Labor Law in Germany, allowing some Church employees to publicly defy Church teaching, such as by living in a homosexual union.

As the official website of the German Bishops' Conference states: “The Catholic Bishops in Germany want, in the majority, a more liberal Labor Law of the Church.” As it says in the official press release:

Up to now, one expected from employees of the Church that there would be in their private lives a coherence with the Church's Faith and Morals. A violation against these duties of loyalty – for example to leave the Church, to enter a second marriage after a divorce, or to enter a homosexual union – led at times to legal consequences even up to a termination of the contract.

The German Bishops decided now to loosen even these restrictions on those current (and future) employees who willingly do not comply with the Church's Faith and Morals. The new rules say that there will be no automatic termination of contract in a case of the violation of the duties of loyalty, and that only in the most severe cases would the termination of contract be applied. The press release of the German Bishops' Conference of May 5 also more explicitly says, concerning their employees who remarry after a divorce, or who even live in homosexual unions:

The civil marriage after a civil divorce is in the future then only a serious violation of loyalty if this conduct in concrete circumstances could lead to a disturbance within the community of employees or in the larger professional environment and to a weakening of the credibility of the Church. The same applies to civil unions [i.e., homosexual unions]. These actions therefore are only open to a termination of contract in cases of special circumstances and therewith only in rare cases.

The German Bishops decided to preserve a higher standard for those employees who work in the area of pastoral care and in close connection with the Bishops. The German Bishops state: “A serious violation of loyalty among these groups of persons is prone in each case to undermine the credibility of the Church. Therefore, the juridical situation will remain here the same.”

Even though the new Labor Law is not obligatory for the 27 German Bishops, it is expected that most of them will implement it. Those who do not will retain the old Labor Law. But, even if a few Bishops would choose to retain the old Labor Law, the moral damage is already grave. Some observers are highly concerned, and also even anticipated such consequences and methods.

For example, the well-respected and well-informed Vatican correspondent Edward Pentin repeatedly pointed out with far-sightedness the nature and effects of this then-upcoming new Labor Law that was being planned by the German Bishops. In November 2014, he wrote:

In the latest in a series of attempts by German bishops to align Church teaching with secular values, a sub-committee of the German episcopal conference is planning to amend Church labor law to allow Church employees who are homosexual or divorced and civilly remarried to work in ecclesiastical institutions. Until now, those employed in the German Church – the second largest employer in the country – are required to adhere to lifestyles consistent with Church teaching. […] But opponents dismiss this [claim of the necessity to change the current Labor Law], saying the proposed changes are part of a highly skilled, secretive and finely tuned plan, devised by some members within the German bishops’ conference to circumvent Church teaching.

Pentin then also quoted one of his sources close to the German Church as saying about this new Labor Law: “It is like a hidden bombshell.” And he shows how this new Labor Law is also related to the upcoming Synod of Bishops in October 2015:

If the German Church goes ahead with its proposed adaptation to labor law, it will be just the latest in a series of efforts on the part of the German Church to accommodate the Church’s teaching to secularist trends. […] “They’re trying to change doctrine through these subtle means,” a source in the German Church said. “It’s therefore important these efforts are exposed as this year, ahead of the next synod, will be decisive.”

In his November article, Edward Pentin also pointed out the grave moral consequences of a practical denial of the Church's morals within her own institutions:

The pastoral consequences of changing the Church’s rules on this issue would be significant. Those living in what the Church has always viewed as sinful relationships would henceforth have those lifestyles implicitly affirmed. Furthermore, it would be difficult to say to someone they must confess such sins when their colleagues, who might even be in positions of authority in the Church, are known to be living sinful private lives.

Unfortunately, all too many German bishops have allowed themselves to make accommodations with the modern world. For example, Bishop Stephan Ackermann of Trier, Germany, spoke up at a conference only two days before the revision of the Church's Labor Law on April 27.  As Vatican Radio reports:

With respect to the themes of sexuality and sexual morality, the Catholic Church has made clear progress within the recent years, according to the Bishop of Trier, Stephan Ackermann. Today, a much more open approach to the theme of homosexuality is possible than ten years ago, said Ackermann. […] But the Bishop warned against too high expectations for reforms in the realm of the teaching on sexuality: “There are no simple answers, and there won't be fast changes tomorrow, either.” But [as the Bishop also said], Pope Francis has prepared the way for changes.

The German pro-life activist and author, Mathias von Gersdorff, responded to the recent decision of the German bishops with indignation: “With shattering pace and decisiveness, the Catholic Church in Germany continues it self-secularization. Now, she loosens the Church's Labor Law – freely, as can be read in a press release of the German Bishops' Conference. In no way is she obliged to do so.”

Von Gersdorff points out that this self-secularization is something even Napoleon could not achieve in Germany:

The German Bishops' Conference accomplishes what Napoleon was not able to achieve. If a couple starts a homosexual relationship it shall not any more lead to a termination of contract. Therewith, the Catholic institutions give up their own Catholic identity. In many countries, the Church has to fight so as not to be forced to such measures – in Germany, one genuflects freely in front of the Zeitgeist.

Von Gersdorff continues: “The Catholic spirit that was supposed to live in these institutions will barely survive under such new conditions. […] This self-secularization creates facts which future generations will only be able to undo with grave difficulties.” He also points out that the German Catholic Church now gives up freely freedoms that are exceptional in Germany. “The Catholic Church in Germany gives up freely a status that is nearly unique world-wide.” This trenchant comment will especially touch U.S. American Catholics, especially since the Obama administration has put increasing demands upon the U.S. Catholic Church to accept and implement his own more revolutionary social and moral agenda.

But most of all, the possible effects upon the whole Catholic Church have to be feared. Von Gersdorff himself says: “Here is already executed what some Bishops wish from the Synod on the Family in October of 2015: The leveling down of the Catholic teaching on Marriage.”