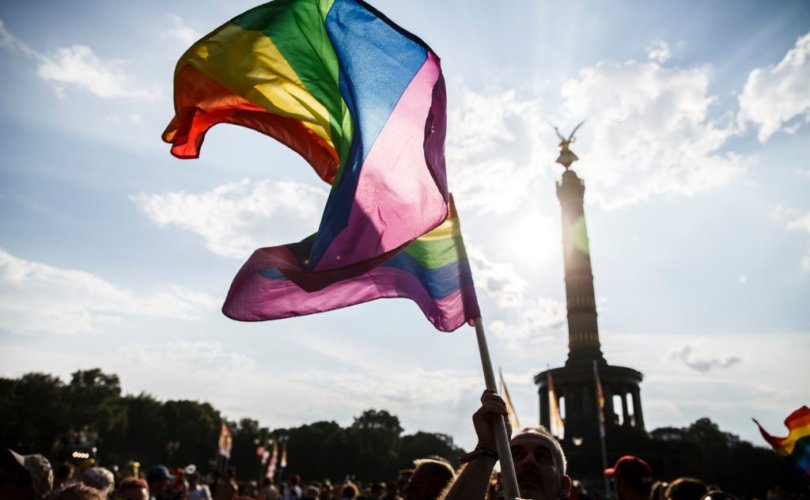 BERLIN, December 9, 2019 (LifeSiteNews) ― The Commission for Marriage and Family of the German Bishops’ Conference has come to a consensus that homosexuality is a “normal form of sexual predisposition.”

Two German prelates have also claimed that Amoris Laetitia teaches that sexual relationships formed after a divorce are neither gravely sinful nor a bar to the reception of Holy Communion.

On December 5, the German Bishops’ Conference published a press release detailing the results of an “expert consultation on the topic ‘The sexuality of man: how to discuss it scientifically-theologically, and how to assess it ecclesiastically?’”

The consultation, which included a panel of bishops, sexologists, moral theologians, dogmatic theologians, and canon lawyers, took place in Berlin and concluded on December 4. The timing of the event coincided with the German bishops’ departure along their own “synodal path.”

According to the press release, the experts agreed that “human sexuality encompasses a dimension of lust, of procreation, and of relationships.”

They also agreed that homosexuality is as “normal” as heterosexuality and that neither sexual attraction should be changed.

“There was also agreement that the sexual preference of man expresses itself in puberty and assumes a hetero- or homosexual orientation. Both belong to the normal forms of sexual predisposition, which cannot or should not be be changed with the help of a specific socialization,” the press release stated.

The communiqué offered this status of normality as the reason why “any form of discrimination of those persons with a homosexual orientation has to be rejected,” a teaching it says has been demanded for “quite some time” by the teaching office of the Church and was “explicitly stressed by Pope Francis” in Amoris Laetitia.

Agreement had its limits, however. There was no consensus on “whether the magisteral ban on practiced homosexuality is still up to date.” The experts also disagreed on whether or not both married and unmarried people should be allowed to use artificial contraceptives.

The German bishops’ press release mentioned in particular Archbishop Heiner Koch of Berlin, the head of the Commission for the Family, and Bishop Franz-Joseph Bode of Osnabrück. Both had been present at the Synod on the Family in Rome in 2015. According to the statement, both men stressed “the importance of a solid discussion based on human sciences and theology and stressed the developments that already can be found in Amoris Laetitia.”

As their example of a “development” in Amoris Laetitia, the German bishops state that the document says “a sexual relationship after a divorce and remarriage is no longer generally assessed as being a grave sin, and, subsequently, a general exclusion from the reception of the Eucharist is not foreseen.”

The other German prelates in the panel included Bishop Wolfgang Ipolt of Görlitz, Bishop Peter Kohlgraf of Mainz, and several auxiliary bishops from the Commision for the Family.

The 1992 Catechism of the Catholic Church states clearly that homosexual acts are “instrinsically disordered” and “contrary to the natural law” (CCC 2357).

“They close the sexual act to the gift of life,” it continues. “They do not proceed from a genuine affective and sexual complementarity.”

“Under no circumstances can they be approved.”

However, the Catechesis does indeed stress that the suffering of people with same-sex attraction should not be increased by unkind treatment:

The number of men and women who have deep-seated homosexual tendencies is not negligible. This inclination, which is objectively disordered, constitutes for most of them a trial. They must be accepted with respect, compassion, and sensitivity. Every sign of unjust discrimination in their regard should be avoided. These persons are called to fulfill God’s will in their lives and, if they are Christians, to unite to the sacrifice of the Lord’s Cross the difficulties they may encounter from their condition (CCC 2358)

The Catechism also stresses that “homosexual persons are called to chastity” and can “approach Christian perfection” through self-mastery, friendship, prayer, and sacramental grace (CCC 2359).

However, there is widespread rebellion in the Catholic Church in Germany against the perennial doctrine of the Church on sexual matters, including among members of the German Bishops’ Conference. The German Bishops Conference’s insistence on holding its own synod, or “synodal path,” without Vatican permission, has more traditional German Catholics worried.

Cardinal Walter Brandmüller, a president emeritus of the Pontifical Committee for Historical Sciences, has warned that proceeding down this  path — one that  questions the Church's teachings on the celibate, male priesthood; homosexuality; and marriage — could lead to a “national church” without “nearly any ties to Rome.” The dubia cardinal stated that this would be “certainly be the surest path into the final decline” of the German Church.