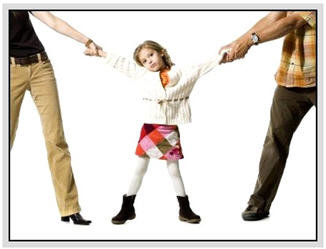 BONN, Germany, March 4, 2020 (LifeSiteNews) – Several priests in Germany are offering “a kind of blessing” for Catholic couples getting a divorce.

According to an article published on the news website of the German bishops, some married couples, “despite all the injuries they have suffered, wish to have a common ritual with which they symbolically want to release each other from their relationship.”

The article published by katholisch.de quoted Eva-Maria Ritz, who runs a diocesan counseling center for marriage, family, and life issues in Leipzig. “There may well be something left to be said to each other in this case,” she said of couples seeking a common ritual to “end” their marriage.

Ritz explained that the common rituals were copied from Protestant communities.

Diocesan counseling centers in Germany offer seminars for those who are divorced or living separated lives, the article continued. Sometimes, special worship services are offered using “certain rituals and symbols.”

These include “a baking pan, shaped like a heart, filled with frozen water, which is passed around in the pews, the ice melting with each touch,” or “a curtain at the church door, which is ripped up as the participants leave the church, as a sign for what they left behind.”

Manfred Belok, a professor of pastoral theology in Chur, Switzerland, wants to change Catholic teaching on marriage, the katholisch.de article reported. “I argue for a theology that recognizes the fragility of human relationships,” Belok said.

Belok demanded “a theology that takes into account the changed life and relationship situations of a person without constantly imputing personal guilt to those affected.”

“No one enters a marriage with the reservation that it could be over in a few years. But a marriage among Christians today looks different than it did in the past, and that is legitimate,” he said, according to the article.

The Catholic Church teaches that a valid marriage is an indissoluble union that cannot be broken by any earthly power. Jesus teaches that what God has joined together, man must not put asunder.

The Catechism of the Catholic Church explains that marital problems are the result of sin.

“Their relations were distorted by mutual recriminations; their mutual attraction, the Creator’s own gift, changed into a relationship of domination and lust; and the beautiful vocation of man and woman to be fruitful, multiply, and subdue the earth was burdened by the pain of childbirth and the toil of work,” the Catechism describes as the consequences of original sin.

However, the Catechism does not stop there, adding that “to heal the wounds of sin, man and woman need the help of the grace that God in his infinite mercy never refuses them. Without his help man and woman cannot achieve the union of their lives for which God created them ‘in the beginning.’”

Regarding divorced Catholics who are “remarried” according to civil law, Pope John Paul II called “upon pastors and the whole community of the faithful to help the divorced, and with solicitous care to make sure that they do not consider themselves as separated from the Church, for as baptized persons they can, and indeed must, share in her life.”

In that regard, he encouraged them in his 1981 Apostolic Exhortation Familiaris Consortio “to listen to the word of God, to attend the Sacrifice of the Mass, to persevere in prayer, to contribute to works of charity and to community efforts in favor of justice, to bring up their children in the Christian faith, to cultivate the spirit and practice of penance and thus implore, day by day, God’s grace.”

John Paul II excluded divorced and “remarried” Catholics from receiving Holy Communion, since they are objectively living in a state of adultery.

Pope Francis, breaking with the tradition of the Church, appeared to allow a pathway for the divorced and “remarried” to receive the Eucharist in his Apostolic Exhortation Amoris Laetitia.

While the document itself is not clear on the issue, the bishops of Buenos Aires had welcomed the idea of admitting the divorced and “remarried” to Holy Communion in certain cases. In a letter, the bishops supported the “pastoral accompaniment” of couples in irregular circumstances.

They also claimed there was “a way of discernment” that could eventually lead couples to the reception of the Eucharist.

In a private letter written in September 2016, Pope Francis congratulated the bishops of Buenos Aires on their interpretation of Amoris Laetitia. They had “fully grasped” the meaning of his exhortation, Francis said, adding, “No other interpretations are possible.”

At the end of 2017, both the letter from the bishops of Buenos Aires and the response by Pope Francis were added to the Acta Apostolicae Sedis (pages 1071-1074), the official gazette of the Holy See, as “authentic magisterium.”