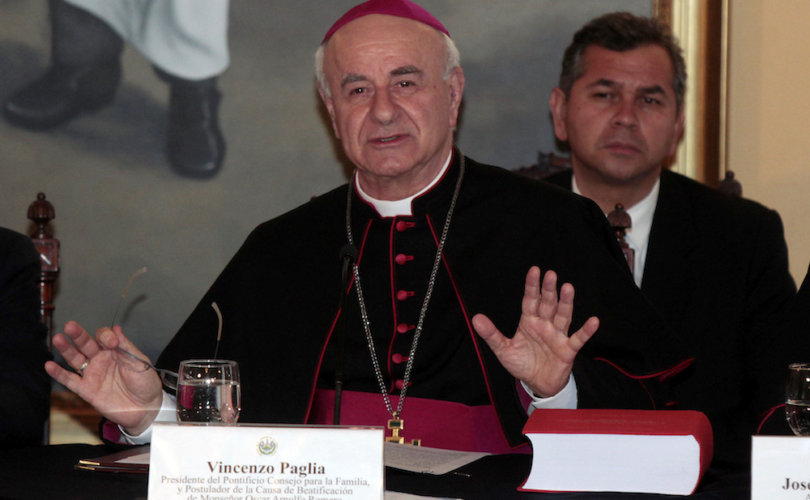 September 22, 2017 (LifeSiteNews) – The official website of Germany’s Catholic bishops celebrated the Pope’s dissolution of the John Paul II Institute for Studies on Marriage and the Family, “a stronghold of resistance against Francis’ agenda of mercy,” and its replacement with a new “think tank for Amoris Laetitia.”

The article pushed by the German bishops claims that Amoris Laetitia alone can’t accomplish all that progressives hope it will: “Behind the new decree of the pope clearly stands the insight that the papal document Amoris Laetitia is not sufficient in order to help along the breakthrough of his moral-theological paradigm shift in the Catholic Church.”

The new Institute will answer “the new pastoral challenges to which the Christian community is called to respond,” Pope Francis said when creating it. “The anthropological-cultural change, which today influences all aspects of life and requires an analytic and diversified approach, does not allow us to limit ourselves to pastoral and missionary practices which reflect forms and models of the past.”

The German bishops notoriously dissent from perennial Catholic teaching on marriage. They were one of the main forces arguing for Communion for the divorced and civilly remarried during the two synods on the family. They have also been major proponents of Amoris Laetitia.

The article on their website, authored by Thomas Jansen and translated by Dr. Maike Hickson at OnePeterFive, claimed that the remaking of the Institute “[erased] a stronghold of [papal] critics in matters of marriage and the family.”

“Critics had reproached the old Institute for being too much fixated upon the topics of procreation and contraception,” Jansen continued. Now, the Institute’s head Archbishop Vincenzo Paglia “has now announced that the new Institute will deal also with the relationship between the generations – a theme close to the heart of the pope – as well as with the effects of the economy upon the family and ecological themes.”

Paglia wants “the new Institute [to] deepen the intention of Amoris Laetitia on the height of the current scientific discussion,” Jansen wrote.

Paglia, the president of the Pontifical Academy for Life, has said Amoris Laetitia allows Communion for those the Church teaches are engaged in active adultery.

Paglia is depicted in a homoerotic mural in his cathedral. He commissioned the mural in 2007 and has defended it as a tool for “evangelizing.”

When Paglia headed the Pontifical Council for the Family, he oversaw the development of a sex-ed curriculum that left out parents and mortal sin but included sexualized images and material a psychiatrist said was similar to what sex abusers use to groom victims.