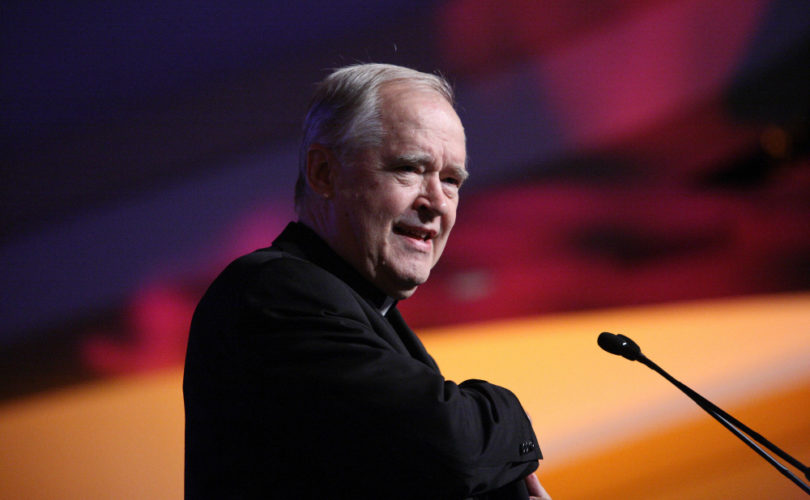 KARAGANDA, Kazakhstan, May 16, 2017 (LifeSiteNews) — A German cardinal has independently confirmed the contention of late exorcist Fr. Gabriel Amorth that John Paul II wanted to mention Russia by name when he consecrated the world to the Immaculate Heart of Mary in 1984 but was persuaded not to by his Vatican advisers.

May 13 is the first day the Virgin Mary appeared to the three shepherd children at Fatima, Portugal, 100 years ago.

In subsequent apparitions, one each month until October, Mary warned Russia would fall into evil ways and “scatter her errors throughout the world” if not consecrated to her Immaculate Heart.

Cordes, former president of the Pontifical Council Cor Unum, said he spoke to John Paul after the 1984 consecration, or “entrustment,” which took place March 25, when the statue of Our Lady of Fatima was in Rome.

“Obviously, for a long time [the pope] had dealt with that significant mission which the Mother of God had given to the seer children there,” Cordes said.

“However, he held back to mention Russia explicitly, because the Vatican diplomats had urgently asked him not to mention this country because otherwise political conflicts might perhaps arise.”

Cordes related that during a lunch with the pope and several others after the consecration, Pope John Paul related “with joy” that some Orthodox bishops had gone ahead and consecrated Russia to Mary.

He talked in a small circle about how he felt this urge inside also to mention Russia at that Consecration, but that he then gave way to his counselors. And he then told us with a glowing face: What he renounced for himself, had nevertheless been fulfilled, he said. Through friends he heard something for him important and consoling, namely that some Orthodox Russian bishops had taken his own consecration of the world to the Mother of God as an occasion also to consecrate Russia in a special way to Mary. When he spoke about this story, I could see his joy – surely also about the fact that they had fulfilled his urgent yearning; but also because he had himself in his own intuition guessed the Will of God.

Hickson emphasized Cordes’ statement: “What he renounced for himself, had nevertheless been fulfilled, he said …. When he spoke about this story, I could see his joy.”

This account aligns with that of Fr. Gabriel Amorth, the chief exorcist in Rome who died in September 2016 at age 91.

The December before he died, Amorth told LifeSiteNews that “John Paul II wanted to consecrate Russia, but his entourage did not, fearing that the Orthodox would be antagonized, and they almost thwarted him.”

Father Amorth said “the consecration has not yet been made,” but he also said Pope John Paul II had consecrated Russia “indirectly.”

Therefore, when His Holiness consecrated the world on his knees, he added a sentence not included in the distributed version that instead said to consecrate “especially those nations of which you yourself have asked for their consecration.”

So, indirectly, this included Russia. However, a specific consecration has not yet been made. You can always do it. Indeed, it will certainly be done.

In 2001, Sister Lucia dos Santos, the oldest of the three children who saw Our Lady, reputedly told Archbishop Tarcisio Bertone, then-secretary of the Congregation for the Doctrine of the Faith, that Pope John Paul II’s 1984 consecration “has been accepted in heaven.”

But skeptics have countered that while the consecration may have been accepted in heaven, it still has not been done as specified by Our Lady.

Kazakhstan Bishop Athanasius Schneider told Rorate Caeli in a 2016 interview that Catholics must “pray that the Pope may soon consecrate explicitly Russia to the Immaculate Heart of Mary.”

When that is done, Mary “will win, as the Church prayed since the old times: ‘Rejoice O Virgin Mary, for thou alone have destroyed all heresies in the whole world.’”

The Fatima apparitions were declared “worthy of belief” by the bishop of Leiria-Fatima in 1930. Six popes have since publicly honored them.

Pope Francis canonized the two youngest seers, Jacinta and Francisco Marto, on May 13 in Fatima as the 100th anniversary celebrations began.

The Catholic Church teaches that apparitions are private revelations and not part of public revelation, which ended with the death of the last apostle, and as such, Catholics are not obliged to believe them as part of the deposit of the faith.

According to the Catechism, approved private revelations may help Catholics live their faith “more fully” in “a certain period of history.”

Exclusive: Interview with Rome chief exorcist Fr. Gabriele Amorth
Catholic historian: We need consecration of Russia to save the Church
Confirmed: Pope will canonize Fatima visionaries in May