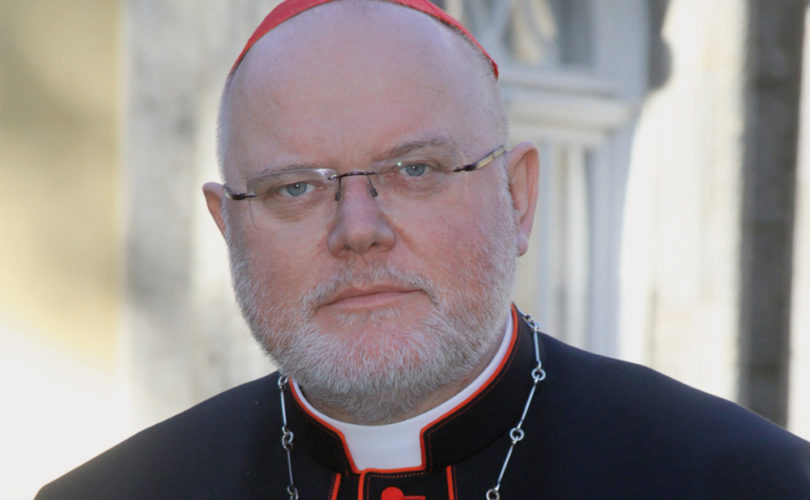 August 31, 2016 (LifeSiteNews) — Cardinal Reinhard Marx of Munich, head of the German Bishops Conference and one of Pope Francis’ closest advisers, is criticized for negligent behavior regarding a case of sexual abuse by a priest of his former diocese from 10 years ago.

A recent legal investigation follows past inquiries regarding accusations of sexual abuse by the former parish priest involving a 15-year-old boy in the Diocese of Trier. The first accusation surfaced in 2006 but was suspended because of statutory limitations. Subsequent lawsuits were filed in 2013 and 2015 against the priest, who has been retired since 2015.

The case resurfaced again with its current allegations. Previous negligence in the investigation might have led to this current situation.

Victims have formed an organization to disclose abuse cases in Trier and call for an investigation independent of the Church’s. The group runs an internet blog called “Missbit.” Claudia Adams manages the blog with the purpose of resolving the case.

Cardinal Marx was bishop of Trier in 2006 before he became archbishop of Munich. The Church’s investigations of the parish priest were dropped while the legal case was suspended because of the statute of limitations. Marx dropped the case despite the fact that ecclesiastical law has different legislation regarding statutory limitation.

The new investigation might be a sign that Marx’s past decision was rash and without proper circumspection.

What Marx did not know, but could have known, in the past inquiry is that the priest had, in part, confessed his guilt to the police. As the German Saarländischer Rundfunk reported, this is evident from court files. The confession of the priest partly overlaps with the accusations. Yet the legal documents were not requested by the diocese.

The priest, 52 years old in 2006, escaped a legal case by a hair’s breadth because the case was closed only months previously. The diocesan investigation closed after the parish priest had been questioned and denied the accusations. Cardinal Marx could have used the clues seemingly to prove veracity of the accusations to investigate the case independent from the legal steps.

However, he chose to drop them. Rather, he followed the regulations of the bishop’s conference put in force in 2002.

In 2010 and in 2013, these regulations regarding cases of sexual abuse were changed and made more acute. In the 2010 revision, the regulations state that independent Church investigations must be done in addition to official legal examinations. No. 39 in the 2013 norms state that: “When the statute of limitations has occurred, but factual clues remain that justify the accusations of a sexual abuse of minors or adults, the responsible ecclesiastical offices should pursue a clarification as much as they have the means for it.”

Although these stricter rules have been in effect only since 2013, even the regulations of 2002 could foresee that every case needs to be investigated carefully in order to avoid repeated offense. The priest in question remained a parish priest until 2015 and only since May was restricted in his contact to minors and banned from celebrating Mass.

Bishop Stephan Ackermann, who currently leads the Diocese of Trier, is responsible for abuse cases appointed by the German Bishops Conference.