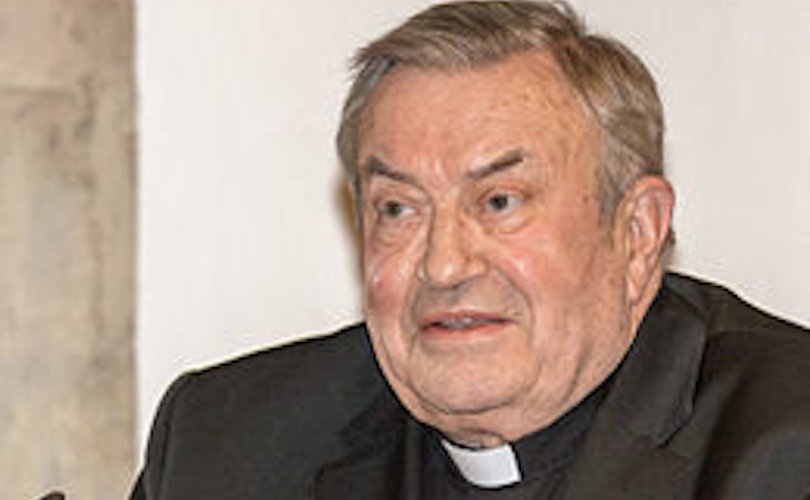 In an interview with German website katholisch.de, he pressed the bishops to use the “freedom that has been granted by the Pope.”

“Francis wants us to explore new paths. Sometimes you don’t have to wait until the large tanker begins to move,” he added, alluding to the alleged slowness of the Curia in making changes, an attack often uttered by German liberal churchmen.

The remark was geared toward the discussion of the possibility for admitting divorced and civilly remarried Catholics to Communion.

Cardinal Lehmann was bishop of Mainz, Germany, before his recent retirement. He also served as president of the German Bishops’ Conference from 1987 to 2008. With his latest remarks, he blows the same horn as those who want the German Church to be more “independent” from Rome.

While four Cardinals – among them two Germans – urged the Pope to provide clarification on specific formally formulated “doubts” from Amoris Laetitia and its implementation, Lehmann pushes in the other direction.

The German cardinal has a long history of promoting a very liberal and borderline heterodox line in the Church in Germany. As reported, he was a supporter of the “Sankt Gallen Group,” which was in 2005 responsible for promoting Cardinal Bergoglio for election to the papacy against Cardinal Joseph Ratzinger.

Lehmann strongly opposes Humanae Vitae and is one of the signatories of the “Königsteiner Erklärung.” He has continuously supported the promotion of admitting “remarried” divorced Catholics to the Eucharist, according to his own account. He also supports the German bishops’ refusal to accept St. John Paul’s admonishment of the “Beratungsscheine,” counseling certificates that allow women in Germany to undergo legal abortion.

In this most recent interview with katholisches.de, Lehmann also supported abolishing celibacy for clergy on the basis of an alleged lack of priests. “What actually hinders us from ordaining married permanent deacons, who do a great service to the Church, so that they may also take on priestly services?”

The German cardinal expressed his shock about the recent election of Donald Trump as U.S. president and commented that politicians and media in the U.S. underestimated how many people “feel taken down and feel like the losers of society.” The cardinal admitted that he does not understand how so many people can “fall for populist slogans.”