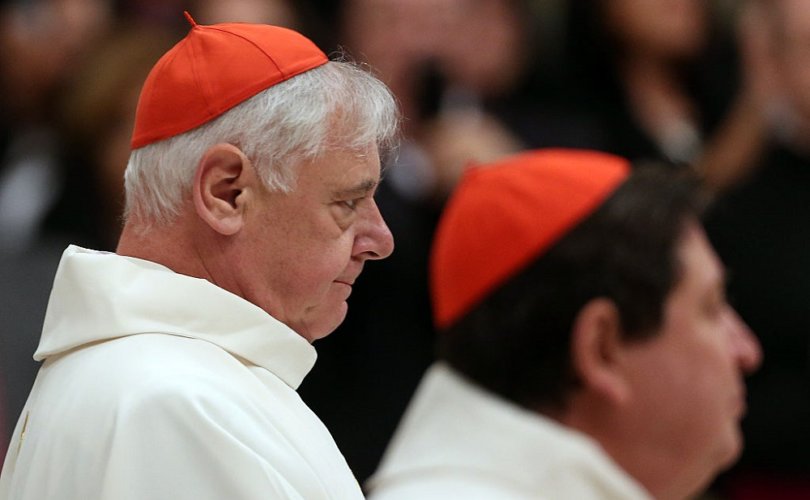 September 18, 2020 (LifeSiteNews) — Two German cardinals have warned that the “synodal path” enacted by the German bishops could lead to “secularization,” “division,” and even “some kind of German national church.”

Cardinal Rainer Maria Woelki, the archbishop of Cologne, told his diocesan newspaper, “The worst result would be if the synodal path leads to division and thus out of the Church, out of communion with the universal Church. That would be worst, if some kind of German national church were to emerge here.”

On the other hand, Woelki said the best result “would be if we succeeded in initiating a real reform, which is definitely necessary in the Church. In my opinion, this would have to be a reform that corrects all the appearances and realities that have led away from the essence of the Church, and helps us to recognize the essence of the Church in a deeper way — above all, to recognize that the Church is not a purely sociological entity, but that it is the work of God, that it is the body of Christ, and that one can never see the Church without Christ.”

Cardinal Gerhard Müller, a former prefect of the Congregation for the Doctrine of the Faith, said in an interview book about to be published next week that “the so-called synodal path of the church establishment in Germany is indeed aimed at a further secularization of the Church.”

“Instead of a renewal from the Gospel with catechesis, mission, pastoral care, mystagogy of the sacraments, one relies — as for the past half-century — on topics with which one thinks one can score points in the public opinion of the Western world and hopes to arrive at a thinking that is reduced to the materialistic conception of man.”

Müller pointed out a number of issues where the synodal path deviates from Catholic teaching.

“At its core, it is first of all a matter of transforming the sacrament of ordination into a professional system of well paid functionaries, and secondly of shifting the politically understood ‘power’ from the bishops and priests to a leadership of ‘laymen’ with the clause that women be given preference if they are equally qualified,” he explained.

“Thirdly, what is disturbing is the Christian morality, as it results from the new life in Christ, which is disqualified as ‘hostile to the body’ and allegedly incompatible with the standards of modern sexology (cf. Gal 5:13–25). The stumbling block since the Protestant Reformation and the naturalism of the Enlightenment is, fourthly, of course the celibacy of priests, as well as the evangelical counsels (poverty, chastity, obedience) of the consecrated life.”

“Instead of intellectually and spiritually facing the great theological and anthropological challenges of the process of dechristianization, the new edition of the old agenda of the 1970s is intended to regain one’s footing,” he criticized. “Once again, I mention keywords: abolition of misunderstood priestly celibacy, access of women to the sacramental ministry, intercommunion in case of permanent separation in faith, recognition of sexual communities outside marriage, and so on.”

The cardinal emphasized that the synodal path in Germany “could hardly claim the Holy Spirit for itself in order to suspend, correct, and reinterpret the authority of Sacred Scripture, Apostolic Tradition, and the infallible decisions of the Magisterium.”

“In better times the German bishops had still clearly stated the limits of the Church’s authority, namely that even the pope and all the faithful are bound by Scripture, Tradition, and the previous Magisterium, and that it is by no means possible to substantially reinterpret or even undermine the creed and teaching of the Church under the pretext of a new hermeneutics,” Müller recounted. “This is what it says in a letter of the German bishops against the omnipotent chancellor of the German Empire, Otto von Bismarck, in 1875.”

The head of the German Bishops’ Conference, Bishop Georg Bätzing of Limburg, reacted to Woelki’s fear that the synodal path could lead to a German “national church.”

“The Catholic Church is a universal church, which in turn consists of particular churches,” Bätzing said. “The church in Germany is part of the universal Church, and nothing will change in this respect.”

Shortly after describing the church in Germany as being part of the universal Church, Bätzing announced in a separate interview, “I consider the female diaconate to be very legitimate.”

The Catholic Church teaches that the sacrament of orders consists of three degrees: deacon, priest, and bishop.  Nevertheless, the sacrament of orders is only one. Accordingly, if only men can become priests, as Pope John Paul II emphatically reaffirmed in his 1994 apostolic letter Ordinatio Sacerdotalis, this has to be true also for bishops and deacons.