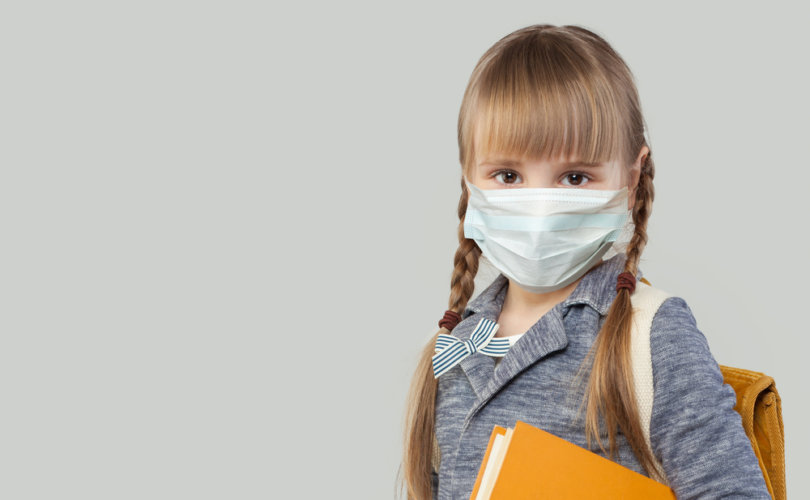 BERLIN (LifeSiteNews) — A German consumer organization has found that FFP2 masks, very similar to N95 masks in the U.S., are harmful for children after carrying out testing on 15 different models that were labelled fit for children.

Stiftung Warentest, one of Germany’s largest consumer organizations, carried out a study on the FFP2 masks to check whether they were adapted to children’s breathing power and lung volume, and whether they allowed them to receive enough oxygen. The organization released their findings earlier this month and concluded that “all FFP2 mask models that were tested were unsuitable for children and offered too much breathing resistance and not enough breathing comfort.”

FFP2 and N95 masks have been in circulation since the beginning of COVID-19 and are on the rise again since the apparition of the omicron variant, rumored to be “more contagious” than other variants. Some studies have suggested that these masks are more effective than surgical or cloth masks thanks to their filtration system.

Stiftung Warentest tested the models for suitability on children aged 6 to 12, and revealed that apart from the colorful packaging and a size adapted to fit around a child’s head, children FFP2 masks were no different than adult masks and generated the same level of breathing resistance.

“The standards specify very clear criteria for adult FFP2 masks, but there are no such criteria for children’s masks,” stated the report of the study. “One thing is clear, however, children generally have less powerful breathing than healthy adults, and often only half of their lung volume.”

Based on this and after consulting with experts, the consumer organization set as requirement a breathing resistance for FFP2 children masks that was half that of the one allowed for adults. Following the tests, none of the children-sized masks tested came even close to the lower threshold.

What’s more, the study also concluded that a number of the masks did not even fit the appropriate breathing criteria for adults.

Before the report by Stiftung Warentest’s, a number of experts and studies in other countries had already suggested that wearing a mask is not only inefficient at slowing the spread of COVID-19 but could also have harmful effect on people’s physical and mental health, particularly children.

One of the most starkly revealing and troubling observations came from Dr. Margarite Griesz-Brisson MD, PhD, one of Europe’s leading neurologists and neurophysiologists focused on neurotoxicology, environmental medicine, neuro-regeneration and neuroplasticity. She has gone on record stating: “The rebreathing of our exhaled air will without a doubt create oxygen deficiency and a flooding of carbon dioxide. We know that the human brain is very sensitive to oxygen deprivation.”