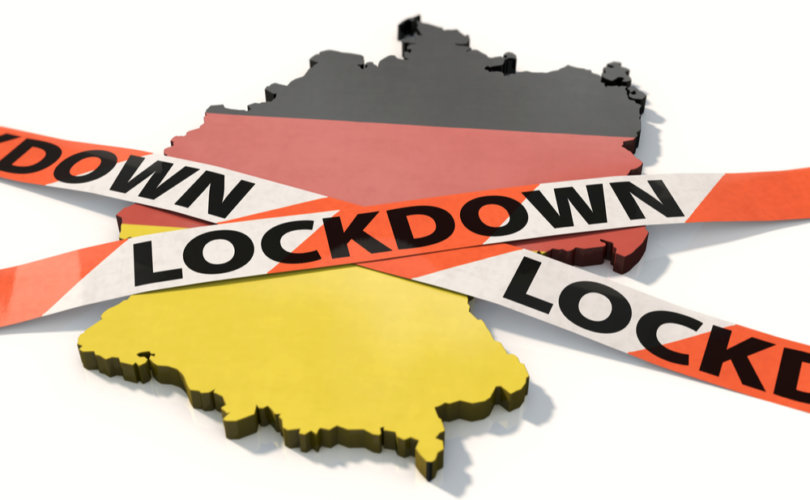 ANSBACH, Germany (LifeSiteNews) — A German court declared the harsh impositions of the Bavarian state government to lock down and forbid citizens from leaving home in April 2020 were illegal and unnecessary.

Last year, Bavaria’s Prime Minister Markus Söder, head of the CSU party which describes itself as Christian and conservative, announced strict orders that Bavarians were to “stay at home” and “only go outside in exceptional cases,” meaning citizens could only leave their homes for “essential reasons,” defined according to work and sustenance needs.

According to the “Bavarian Ordinance on Protective Measures Against Infectious Diseases in Response to the Corona Pandemic,” the police were required “to check compliance with the stay-at-home restrictions,” with citizens being forced to provide a “credible reason” for being outside when approached by the police.

The temporary order demanded that “[e]very individual … reduce all physical and social contacts with other persons, except for family members living in the same household, to the absolute minimum extent possible,” as well as introducing a mandatory five feet physical distancing rule.

A ruling from an Administrative Court in Ansbach has now declared that the restrictions, imposed between April 1 and 19, 2020, were “ineffective” and violated “the prohibition of excess from higher-ranking law,” according to a report in German newspaper Die Welt.

In essence, the restrictions constituted a violation of principles in German law which forbid the introduction of any law that, no matter its intentions, disproportionately disadvantages those it affects. It was determined that Söder’s government had “defined the valid reasons that entitle you to leave your own home so narrowly” that this principle had been violated.

The court thus declared that Söder’s restriction on movement, imposed as a strategy for mitigating the spread of COVID-19, was “not a necessary measure.” Additionally, the judges wrote that the government was careless to “choose the less burdensome of the basic rights … when selecting measures from several equally suitable means.”

The court noted that the government’s supposition that “the more restrictive measure is always the more suitable measure … is incorrect in this generality.”

That is why the court “is not able to recognize the necessity of the exit restriction with regard to leaving the apartment with the aim of staying alone or in the company of members of the household in public,” the judges added.

In the 31-page ruling, the judges also criticized the Bavarian government’s appreciation of human nature, given that the state proposed that “staying in public was seen as a danger to the formation of crowds because gatherings of people could form around those who linger as a crystallization point.” According to the court, “this view assumes illegal behavior on the part of the citizens and even presupposes this.”

The judges concluded that an appeal to the Federal Administrative Court would be permissible “because the legal matter is of fundamental importance,” opening up the possibility of a final decision being made on the matter by the highest court in Germany.