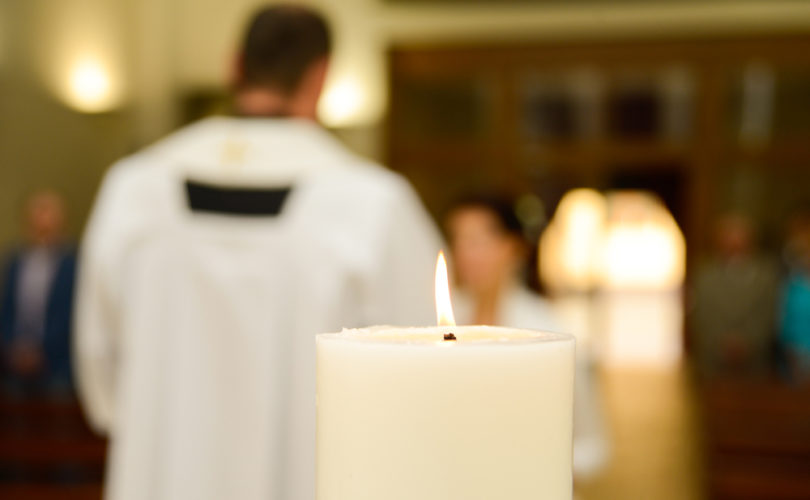 FRANKFURT, Germany, December 14, 2015 (LifeSiteNews) – The Diocese of Limburg, in Frankfurt, Germany, is discussing a special ritual to bless homosexual couples. One of two new appointees in the diocese for pastoral care to homosexuals is a Jesuit priest who admits already offering blessings in private.

The German newspaper Die Frankfurter Allgemeine Zeitung (FAZ) reported the following on December 11 about Father Ansgar Wucherpfennig, the rector of the Jesuit Graduate School of Philosophy and Theology:

Wucherpfennig said that he had already blessed homosexual couples, as did other priests, too, but not in a public service. It needs a special sensitivity in order to establish a specific ritual [for the blessing of homosexuals].

As the Dean of the Catholic Church of Frankfurt, Father Johannes zu Eltz, announced, the program has been approved by the Diocese of Limburg. And, as the FAZ reports, zu Eltz “announced a first discussion about a Church blessing and ceremony for homosexuals.” He called it a “question of justice which one cannot suppress.”  Father Wucherpfennig, according to the FAZ, insisted that “the homosexuals have found their place in the Church, also as critical members.” Zu Eltz is quoted as saying, “It is important to treat homosexuals with openness and appreciation.”

Catholic blogger Mathias von Gersdorff points out that the Graduate School Sankt Georgen – which is headed by Wucherpfennig – is “known for its extravagant theological positions.” And he comments:

These sad statements show once more how certain ecclesiastical circles in Germany are willing to ignore the Catholic Magisterium and the practice of the Universal Church in order to enter into a “German Sonderweg [special path].” The fact that the last Synod of Bishops rejected the idea to deal with the topic of homosexuality has no weight for the German Progressivism. This progressivism is determined to implement its agenda.

Importantly, the former bishop of Limburg, Bishop Franz Peter von Tebartz-van Elst, who was recently removed from his diocese, strongly opposed the blessing of a homosexual couple in 2008 by a local priest, Peter Kollas. Kollas had blessed the couple in the Dome of Wetzlar and he was removed from his position as provincial Dean, even though he remained in his position as pastor.