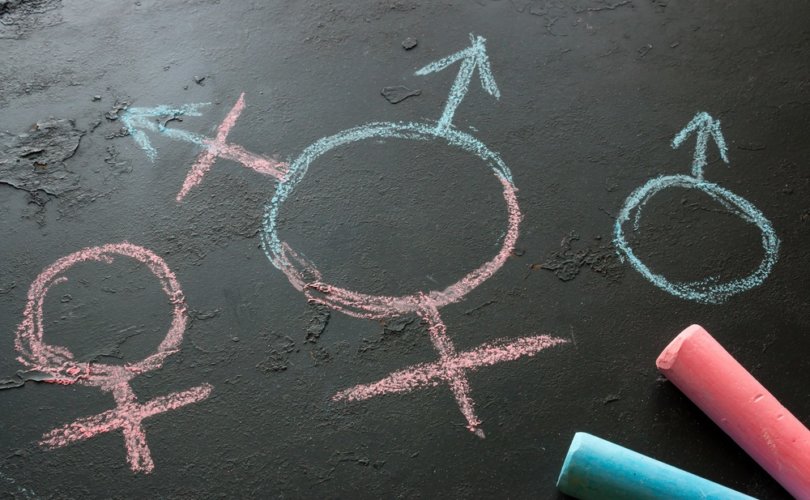 FREIBURG, Germany (LifeSiteNews) – The Archdiocese of Freiburg has confirmed that a woman who calls herself a man has been granted a “permanent teaching license” in Catholic religious education.

On April 8, Catholic News Agency (CNA) reported that they received confirmation from an Archdiocese of Freiburg spokesman that a so-called transgender man – a woman who lives as if she were a man – who goes by the name Theo Schenkel, has been given “unlimited” permission to teach the Catholic religion in state schools, despite her lifestyle being in direct contradiction with unchangeable Church teaching.

“I can confirm that Mr. Theo Schenkel is granted a permanent teaching license for Catholic religious education in state schools,” a spokesman for the Archdiocese of Freiburg told CNA on April 7, adding that since canon law precluded the trainee teacher from receiving the requisite Missio Canonica of the bishop, the diocese issued the teacher an “unlimited teaching permission” signed by the vicar general.

It is not just Schenkel’s so-called identity that has raised concerns among faithful Catholics in Germany and around the world, but her relationship as well. According to a local media report from February, Schenkel revealed that on top of considering herself a man, she has plans to “marry” another woman.

According to CNA, Schenkel had originally started her studies in French and Catholicism while she was still living as a “heterosexual woman,” and at that time was even in “a relationship with a man.”

Schenkel’s case is one of many anti-Catholic, pro-LGBT incidences and endorsements made by the Church in Germany in recent times.

Marx went as far as stating during his homily that “the kingdom of God is to discover that God is love — in all its dimensions,” including sexual dimensions directly condemned by the Church.

— Article continues below Petition —
SIGN, THANK and STAND with Governor Ron DeSantis against Disney's "woke" attacks
Show Petition Text
9550 have signed the petition.
Let's get to 10000!
Thank you for signing this petition!
Add your signature:
Show Petition Text

The Catechism of the Catholic Church (2357) irreversibly teaches that homosexual acts are “of grave depravity,” are “intrinsically disordered … are contrary to the natural law,” and “do not proceed from a genuine affective and sexual complementarity.”

“Under no circumstances can they be approved,” the Catechism declares while also insisting upon “respect, compassion, and sensitivity” for the “not negligible” number of men and women who “have deep-seated homosexual tendencies.”

“Every sign of unjust discrimination in their regard should be avoided,” it states.

“These persons are called to fulfill God’s will in their lives and, if they are Christians, to unite to the sacrifice of the Lord’s Cross the difficulties they may encounter from their condition.”

It continues, “Homosexual persons are called to chastity. By the virtues of self-mastery that teach them inner freedom, at times by the support of disinterested friendship, by prayer and sacramental grace, they can and should gradually and resolutely approach Christian perfection.”

While the Vatican has reiterated the consistent doctrine regarding homosexuality as recently as March 2021, firmly banning same-sex blessings, during Germany’s Synodal Way in February an overwhelming majority of participants voted to approve documents calling for the blessing of same-sex couples and the ordination of women.