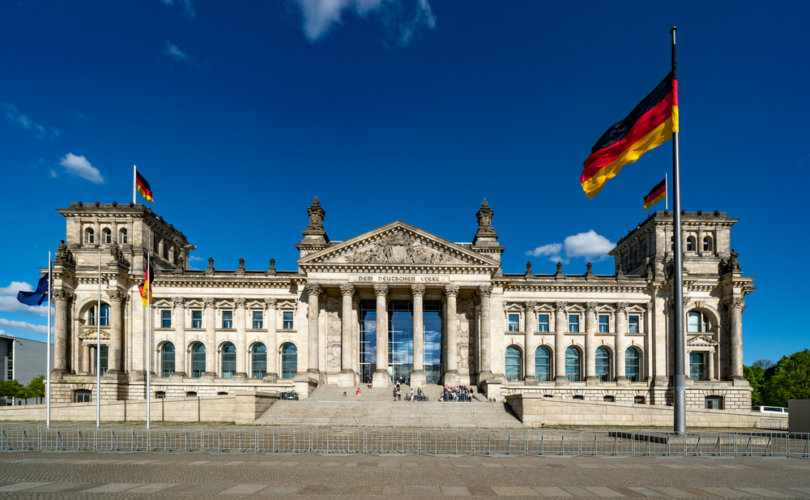 BERLIN (LifeSiteNews) — The German Ethics Council has come out in support of imposing mandatory vaccination on all adults in Germany, only excluding physical force as an unethical means to enforce the jab mandate.

“The German Ethics Council, in its ad hoc recommendation … argues for an extension of the vaccination requirement beyond that which has recently been adopted by the Bundestag,” reads the communiqué issued by the council Wednesday.

The German Ethics Council is an independent council of experts whose role is to advise the government on ethical, legal, social and medical questions in Germany. It is made up of 26 members, half of whom are proposed by the federal government and the other half by the German parliament.

The idea of a generalized mandatory vaccination for all citizens over 18 (as was announced in Austria for next year) received the support of a narrow majority of 13 out of 24 voting members, while 20 supported a more moderate expansion of vaccine mandates already in place in Germany, such as the so-called 2G rule which bars unvaccinated people from certain venues.

The council also stated that “mandatory vaccination must be accompanied by a number of measures” and proposed the introduction of a national vaccination registry. Such a registry presently only exists in Austria, but German lawmakers have been debating its creation this week, as it would facilitate the enforcement of stricter vaccination policies in Germany.

The only measure deemed unethical by the council was “coerced vaccination by means of physical force.”

Members of the council also said German authorities “should consciously strive to avoid confrontations between vaccinated and non-vaccinated people.”

The recommendation comes as the debate around the creation of a national vaccine registry and the introduction of a mandatory vaccination policy for next year has been intensifying in Germany.

Last week, Karl Lauterbach, Germany’s health minister, also came out in support of a mandatory vaccination policy starting next year with potential fines for people who do not comply with it.

“It is my advice that we take this path, so that we don’t have to fear future serious waves [of COVID-19],” he said during an interview with German newspaper Bild.

The argument of potential future waves of COVID-19 was also used by the members of the Ethics Council in its defense of a mandatory vaccination policy.

“[Mandatory vaccination] can only be justified if it is able to mitigate or prevent serious negative consequences of possible future pandemic waves,” the members stated.