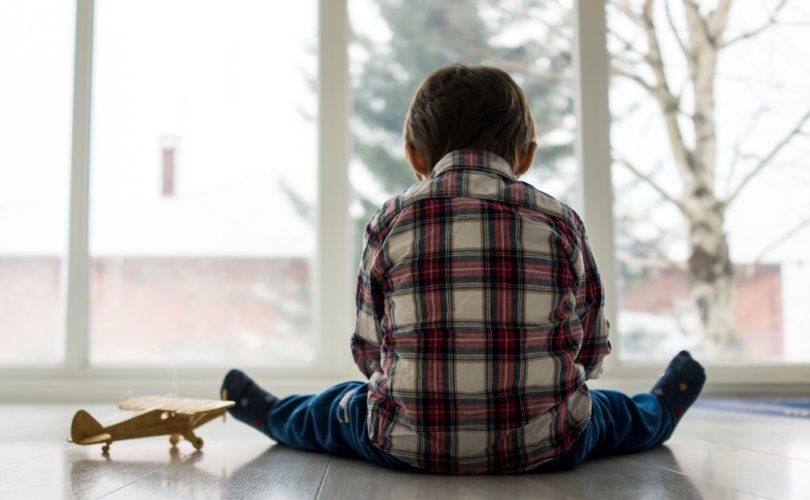 Positions on “sex education” advocated by one the key enablers of these cases of pedophilia, professor of social education Helmut Kentler, are still part of today’s “sexual pedagogy of diversity,” which is used by an increasing number of day care centers and schools.

Among other things, Kentler had said, “Sexually satisfied children … are best protected against sexual seduction and sexual assault.” Regarding sexual relationships between children and adults, he said, “If such relationships are not discriminated against by the surroundings, the more the older one feels responsible for the younger one, the more positive consequences for personality development can be expected.”

In one case in Berlin, foster parent Fritz H. was able to sexually abuse and rape at least nine children in the span of more than three decades. “The boys, often only six or seven years old, were placed with him by Berlin youth welfare offices, and H. was protected by the pedagogy professor Helmut Kentler, who was highly regarded by the [local] Senate administration,” reported German newspaper Berliner Zeitung.

“Despite a previous conviction for child abuse, the youth welfare offices repeatedly chose Fritz H. as foster parent,” the newspaper continued. “And despite sometimes extreme warning signs, they left the children with him for years. The first foster children arrived at the beginning of the 1970s, the last ones did not leave the foster home until 2003 as young adults.”

The recent study prepared by the university of Hildesheim explained that in the files on the youth welfare offices in question, there were “many weak and strong signals” that should have led to removing Fritz H. from the foster care system.

“More than 50 specialists from various disciplines and training were involved in the case management. The young people who lived in the foster home are hardly heard in the file. Likewise, serious circumstances — such as the death of a young man — remain unexplained in the file, etc.”

How does Kentler come into play?

“Helmut Kentler massively defended the Fritz H. foster home and used and employed his power as an expert and professor of social pedagogy to shield this foster home from possible interventions or controls.”

“When these days, people often talk about the ‘experiment’ or the ‘janitors’ and look for the ‘senate official,’ they often follow Helmuts Kentler’s interpretation and leave the way of speaking and the interpretation of how the connections are discussed up to him,” the authors wrote.

“This review owes to the persons affected the advice to break up this way of speaking,” they added. “Now, at last, Helmut Kentler should be deprived of the power to determine the language of coming to terms with the situation and the design of the connections as well as the scope of his power in these.”

While the scope of the study was limited to Berlin, the authors pointed out that “child endangerment” is likely to have taken place across the country. The state of Berlin, as well as its district youth welfare offices, were responsible for numerous foster homes “not only in … Berlin, but in the whole of Germany, where they were then taken over by local youth welfare offices. These are foster homes led by single men or community homes for youth, led by single men.”

Hedwig von Beverfoerde, founder of pro-family organization “Demo für Alle,” acknowledged the evil of Kentler’s network across Germany. At the same time, she told LifeSiteNews that “the criminal ‘Kentler experiment’ cannot be separated from Kentler’s sex education research. Helmut Kentler’s ‘emancipatory sex education’ is historically and in its pedagogical approach compromised as pedophile.”

She then explained how what is called the “sexual education of diversity,” which is taught in countless daycare centers and schools, is “based on this approach — to the psychological detriment of our children. A comprehensive awareness campaign about Kentler, his large network in politics and research, and his influence on pedagogy is therefore absolutely necessary.”

“Demo für Alle” already exposed Uwe Sielert, one of Kentler’s students. Sielert adopted Kentler’s understanding of “the child as a sexual being,” as well as his idea of the liberation of sexual energies, and added gender ideology. Sielert’s ideas are influencing the German Federal Center for Health Education, a government agency.

“A major offensive is underway with the aim of providing our children with the poisonous brew of ‘sex education of diversity,’ Beverfoerde said. “To this end, the curricula and guidelines for sex education are gradually being ‘updated’ in all federal states and opportunities are being created to have external sex educators appear in schools and even in daycare centers.”

“We must finally stop the dangerous sex-ideological virus of Helmut Kentler, which has infected our children for decades!” she added. “The most important thing is to create publicity. The public debate about their goals and their machinations is something the actors of sexual diversity fear like the devil fears holy water.”

Even though Helmut Kentler’s ideas extend to daycare centers and schools today, a lot of research remains to be done on what happened in those three decades for the early 1970s until the early 2000s in Berlin.

More than 1,000 files in Berlin have not yet been studied, reported Berliner Zeitung.

The Berlin senator responsible for education, Social Democrat Sandra Scheeres, talked about financial reparations, as well as cooperating with other government agencies across the country.

“But open a thousand files? Focus on the role of the administration itself and perhaps also of the Berlin parties in this network? Scheeres said nothing about that,” the newspaper commented.