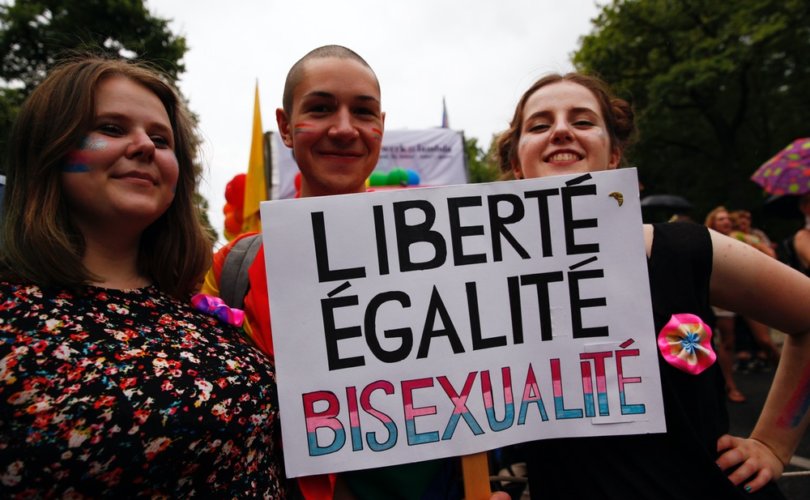 On December 18, the German cabinet passed a law banning the therapy for minors in the country. Medical or psychological treatment meant to change or heal a young person’s sexual orientation or chosen “gender identity” will be illegal when the law goes into effect in the summer of 2020. However, such treatment will still be permitted to adults who freely consent to it.

Breaking the law will result in a year’s imprisonment or a fine.

According to the Schweringer Volkszeitung news portal, Germany’s Health Minister said that medical interventions to reorient sexuality should not be called “therapy.”

“Homosexuality is not a disease. Thus the term ‘therapy’ is misleading,” said Jens Spahn.

The Health Minister added his opinion that wherever reparative therapies are performed, there is often severe physical and mental suffering.

There is also a ban on advertising these services to those under 18, and violation of the ban could cost the offender 30,000 Euros (over $33,000 USD).

Parents and guardians are warned that seeking reparative therapy for their children is a “gross violation” of their duty to care for them. However, some treatments for sexual and gender identity issues will still be permitted for children, including therapy aimed at combatting exhibitionism and pedophilia.

Psychological assistance helping a minor express his or her self-perceived gender identity or longingfor a more male or female body image are also acceptable, according to the Schweringer Volkszeitung.

In the United States, people who have given up homosexuality object to the criminalization of professional help. In November former gays, lesbians, and transgender men and women met in Washington, D.C. to urge members of Congress not to support the so-called “Equality Act” and “Therapeutic Fraud Prevention Act” that would prevent others from seeking help to escape the LGBT lifestyle.

Laws are being proposed in Washington and in state and local jurisdictions around the country that would hinder those struggling with unwanted same-sex attraction or gender confusion — conditions that are often triggered by childhood trauma such as sexual or emotional abuse, depression, or family dysfunction — from getting the professional or pastoral help they seek.

“America needs to hear that there’s diversity of experience for LGBTQ, and that should impact how our congress legislates,” said Elizabeth Woning, cofounder of Changed, a growing movement of former gay, lesbian, and transgender men and women. She has been married to her husband for 14 years and no longer experiences same-sex attraction.

Woning said that in following a different path, either through professional counseling or faith-based discipleship, she and her fellow ex-gays have “attained levels of wholeness and fulfillment that most assume is impossible.”