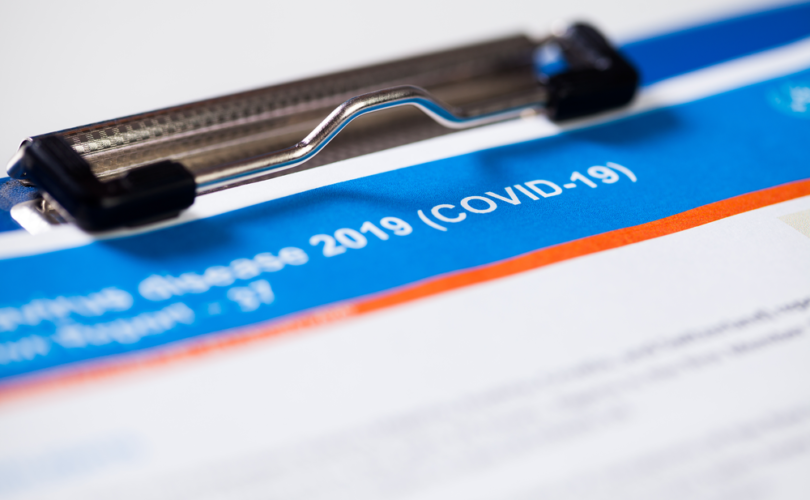 (LifeSiteNews) – A large German health insurer has raised concerns over what its data shows to be an excessive underreporting by government authorities of adverse events after experimental COVID-19 gene-based vaccine injections.

Andreas Schöfbeck, a board member of BKK ProVita, addressed the company’s findings in a formal letter to the government’s Paul Ehrlich Institute (PEI), which had reported earlier this year that there were 244,576 suspected cases of side effects from the gene-based injections in the calendar year 2021.

Speaking to this figure, Schöfbeck wrote, “The data available to our company gives us reason to believe that there is a very considerable under-recording of suspected cases of vaccination side effects after [patients] received the [COVID-19] vaccine.”

Explaining that their sample includes 10,937,716 insured clients, with available data covering only the first 7½ months of 2021, their company had already logged 216,695 cases of adverse reactions for COVID-19 gene-based injections.

Extending this rate for the full year, and then applying it to the full population of Germany (around 83 million), one can estimate that likely 2.5 million to 3 million individuals in the nation were treated by medical professionals for such adverse events.

“According to our calculations, we consider 400,000 visits to the doctor by our policyholders because of vaccination complications to be realistic to this day. Extrapolated to the total population, this value would be three million,” Schöfbeck told WELT news.

This is a “significant alarm signal,” he said in his letter, as it “means around 4-5% of the vaccinated were under medical treatment for side effects,” a rate about 10 times higher than the government’s reported numbers.

Schöfbeck went on to consider the causes of the underreporting in his letter, guessing that since there is “no remuneration” for health agencies to report vaccine side effects, and the “great effort” it takes to do so — requiring 30 minutes per report — and given perhaps three million such reports needed to be filed, this would equate to 1.5 million working hours or “almost the annual work performance of 1,000 doctors.”

A September Project Veritas report in the U.S. corroborates this analysis, documenting the presence of many hospital patients suffering from COVID vaccine injuries yet “nobody” reports them to the federal Vaccine Adverse Events Reporting System (VAERS) “because it takes over a half hour to write the damn thing.”

Such enormous shortfalls in the reporting of vaccine adverse events on government-sponsored passive systems have been confirmed by studies and well-known for many years. For example, one 2010 Harvard-executed study commissioned by the Department of Health and Human Services (HHS) revealed that reported vaccine injuries to VAERS represent “fewer than 1% of vaccine injuries.”

With regards to the COVID-19 gene-based injections, detailed workings by Steve Kirsch and colleagues concluded that underreporting of COVID vaccine death rates could be as significant as 20 times, with their total death estimations being over 150,000 when VAERS showed only 7,149 (US / Territories / Unknown) on August 27, 2021.

Having offered millions of dollars on several occasions to anyone of standing who can disprove his theses on this topic, Kirsch has still not found any qualified individual to challenge his rationale.

PEI is the Federal Institute for Vaccines and Biomedicines, an agency of the German Federal Ministry of Health. It is responsible for ensuring the safety of medicinal products.

Schöfbeck also sent his letter to the German Medical Association and the Standing Vaccination Commission.

His released analysis provided no detailed information on the types or severity of the documented side effects beyond the patients’ seeking professional medical help for treatment.

COVID vaccines, which are approved for use in Germany, include AstraZeneca, Pfizer, Moderna, Johnson & Johnson, and NovaVax.

In commenting on his disclosure, Schöfbeck told WELT, “The numbers that resulted from our analysis are very far away from the publicly announced numbers. It would be unethical not to talk about it.”

CDC admits to hiding data on the risk, efficacy of COVID jabs because it could be ‘misinterpreted’
Insurance company raises alarm over unprecedented spike in deaths…and they don’t seem to be from COVID
Bombshell lawsuit: Gov’t whistleblower says coronavirus vaccine deaths at least 45,000
Nearly 50k Medicare patients died soon after getting COVID shot: whistleblower
US gov’t whisteblowers sound alarm over increases in miscarriages, cancer, since COVID shot rollout